During an interview with CNN Tuesday night, Mark McCloskey says he was trying to protect his home 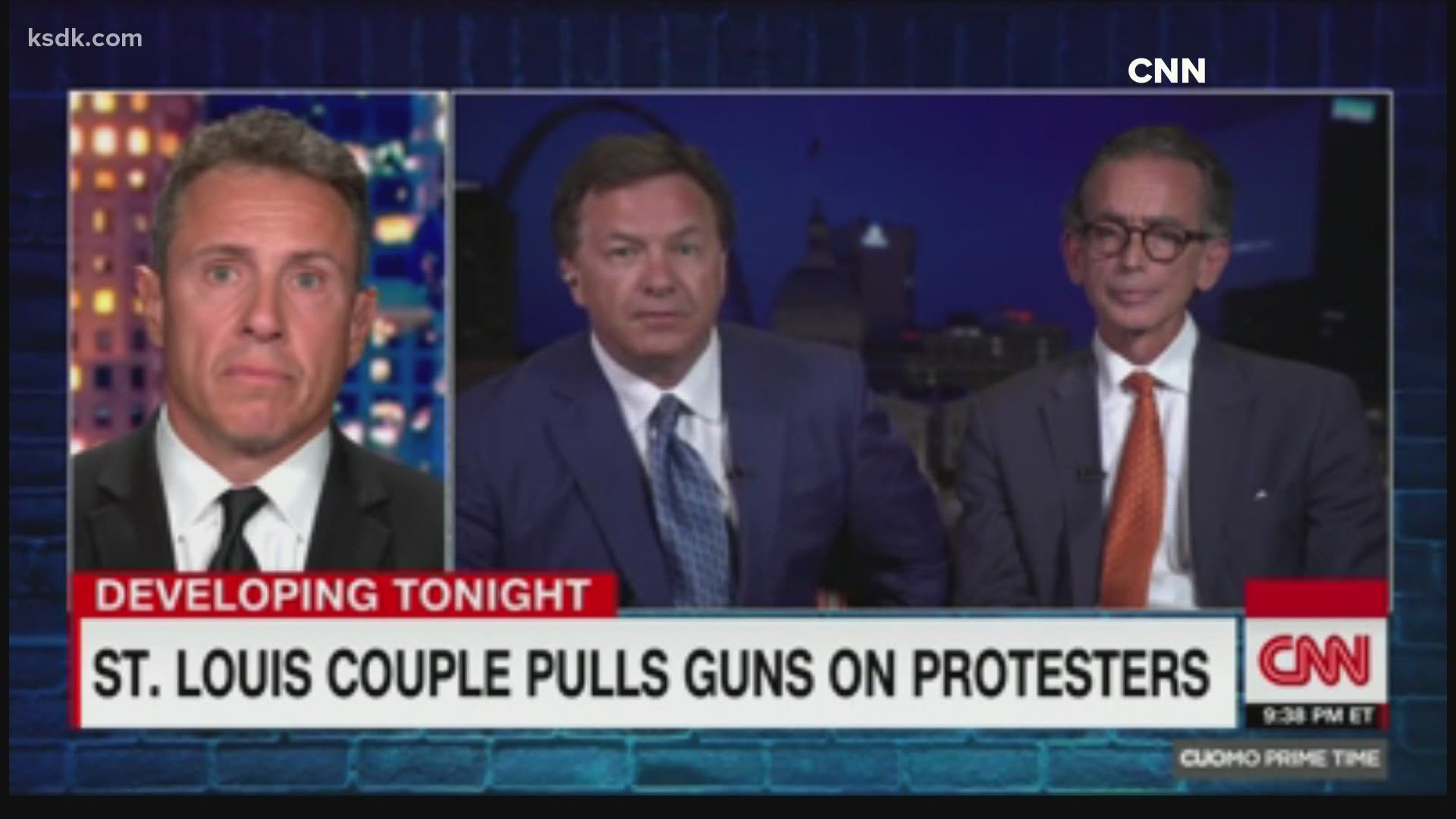 ST. LOUIS — The St. Louis couple who made headlines when they waved guns at protesters in front of their Central West End mansion said they have been terrorized.

"It's called social intimidation. It's called terrorism," McCloskey said during an interview with CNN's Chris Cuomo. "Chris, what's the definition of terrorism? To use violence and intimidation to frighten the public. That's what was happening that night. That's what happened to me. That's the damage I suffered."

McCloskey told 5 On Your Side during an interview on Monday that he and his wife were scared to death when protesters entered their private street and marched by their home Sunday.

Protesters were on their way to protest outside of Mayor Lyda Krewson's home nearby. Krewson has been under fire for reading the names and addresses of people who called on her to defund the police during a Facebook live briefing Friday afternoon.

McCloskey said his rifle was the only thing keeping protesters from approaching their home.

"I'm not the face of anything opposing the Black Lives Matter movement," McCloskey said, when questioned by Cuomo. "I was a person scared for my life, protecting my wife, my home, my hearth, my livelihood. I was a victim of a mob that came through the gate ... These things get very bad very quickly."