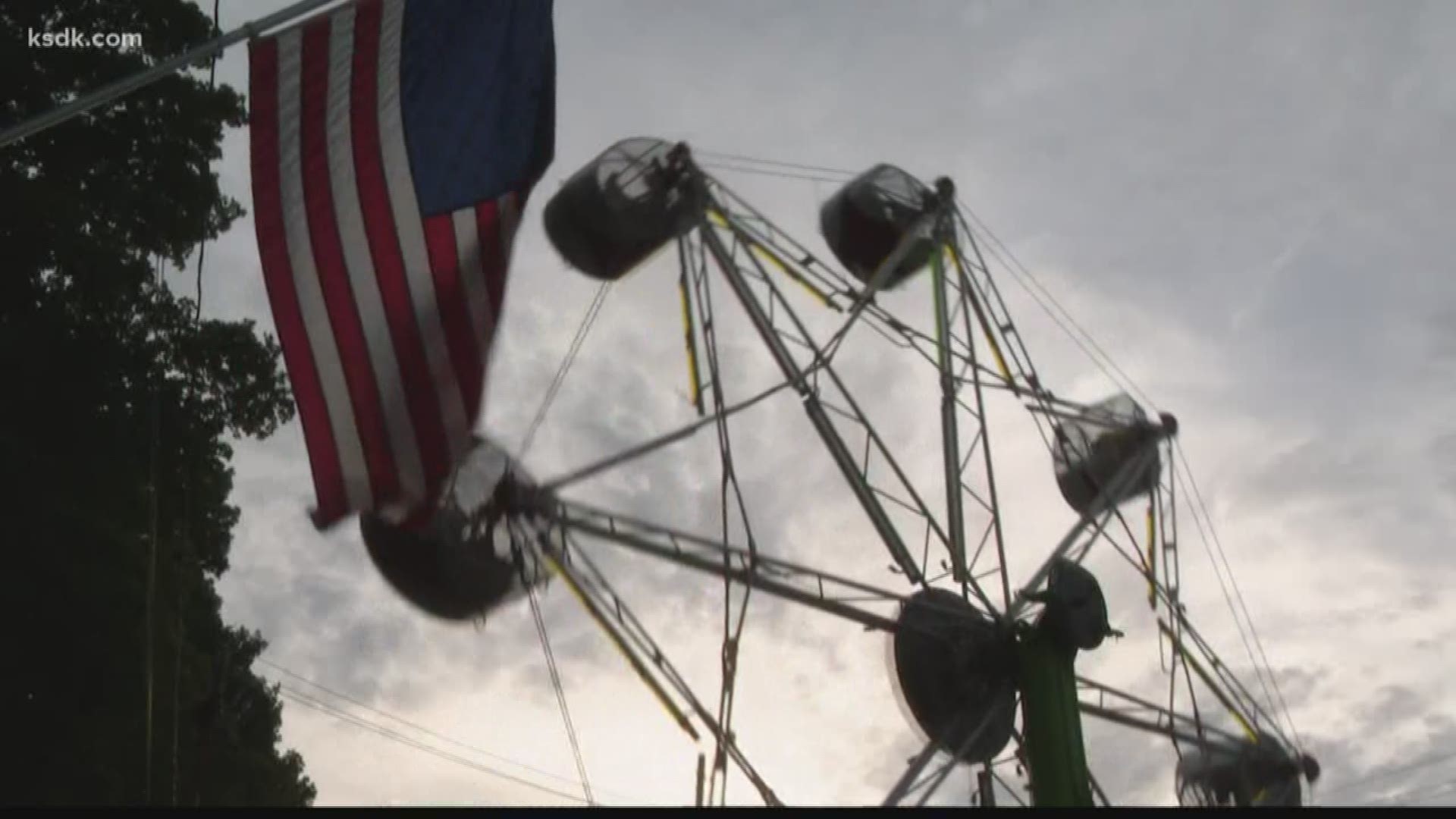 WATERLOO, Ill — On Saturday, kids were laughing and fried food was being tossed as a band strummed along. The tubas made it loud and clear that the annual Waterloo Homecoming was back.

But the event was missing a familiar face.

Mayor Smith knew Trooper Nicholas Hopkins well and said that he would have been at there if he could. That's why the community kept the event going -- to keep his memory alive, as loved ones get to spend time together.

"Families come out, Nick would’ve been out here. He has a couple of kids," Smith said. "He would have his baby sitting on the side of the street, kids up on a wagon and stuff like that, with the kids sitting in there."

But Trooper Hopkins wasn't able to take his kids on one of those bright and colorful rides. Instead, City Hall was draped with black and blue after he was shot and killed in the line of duty.

Those who were close with him can't believe this happened.

"Nick isn't only a State Trooper, but he did security working for his church," Mayor Smith said. "Just a very good family guy."

Mayor Smith said that Hopkins' dad is an alderman and both were very involved in the community.

Others may not have known him directly, but they're still mourning his loss.

"It just tore me up," one event-goer said. "I’ve been thinking of him and those babies, his wife and all."

A high school friend of Hopkins told 5 On Your Side that he and his wife were high school sweethearts.

For the Waterloo community, whether they knew Hopkins or not, they'll do whatever they can to help this hurting family.

For anyone who'd like to donate, Illinois State Police tweeted out the following information: