Families who live in the south St. Louis apartment complex worry they'll soon be put out on the street. 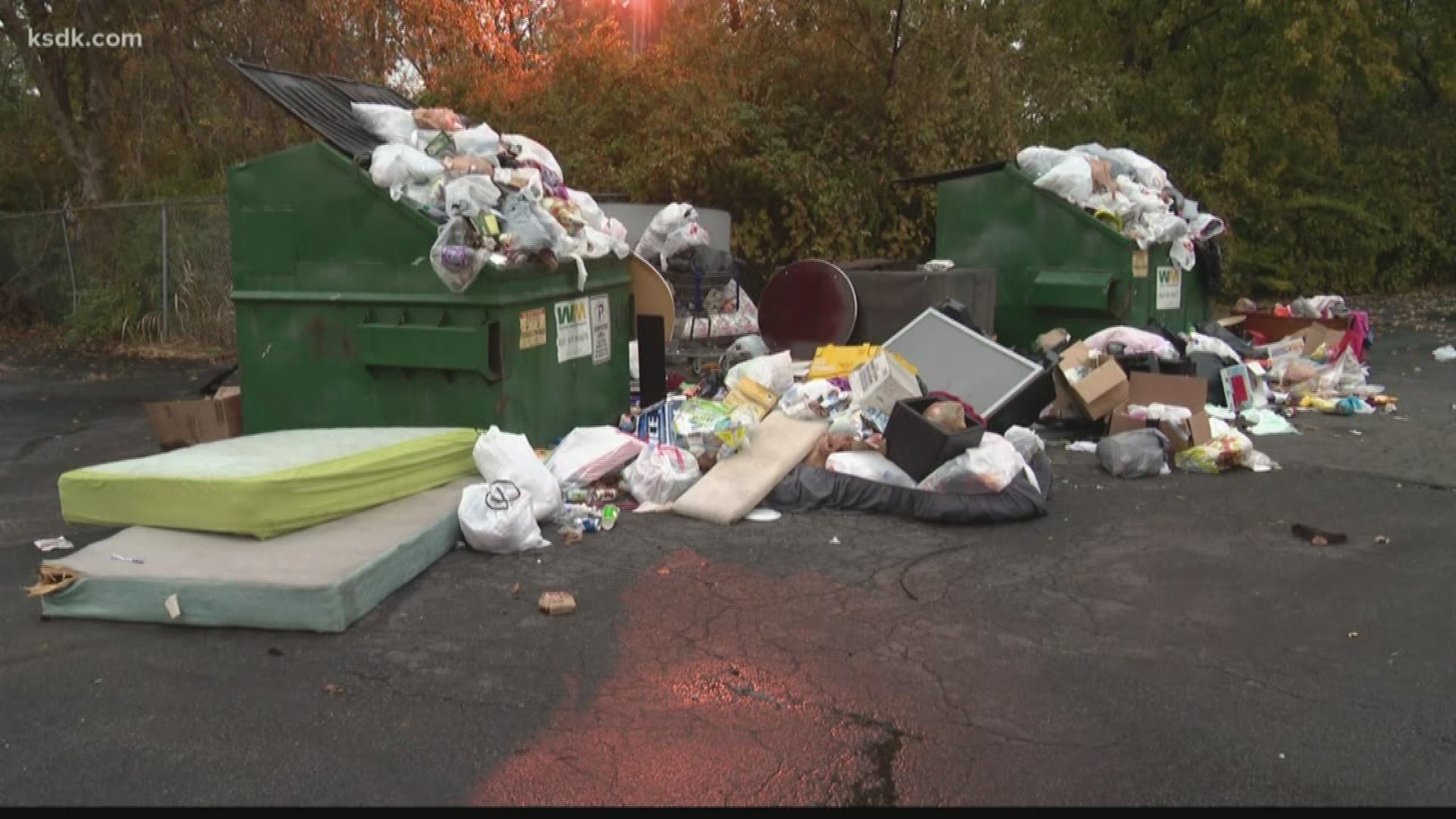 ST. LOUIS — Families who live in a south St. Louis apartment complex worry they'll soon be put out on the street.

And employees said they're not getting pay checks from the out-of-town owners of the property TEH Realty.

The city has cited the company for the overflowing trash, condemned some of the apartments, and said TEH is behind on its water bill.

Some who live there said without their deposits they can't afford to move out and TEH management is nowhere to be found.

Last week, workers at the complex walked off the job because they said they haven't been paid in at least a month.

"I have to figure something out for my little girl. She deserves a lot better than this I know that," said Heather Dixon.

She said she paid her first month's rent and wasn't even able to move-in.

5 On Your Side's attempts to reach TEH have been unsuccessful, so far.

The St. Louis city health department is investigating and a spokesman for the mayor said the city will not shut of the water to the complex as some there feared.