Several large protests are planned this weekend following the death of George Floyd, including a peace walk in Kirkwood and a Breonna Taylor rally in St. Charles 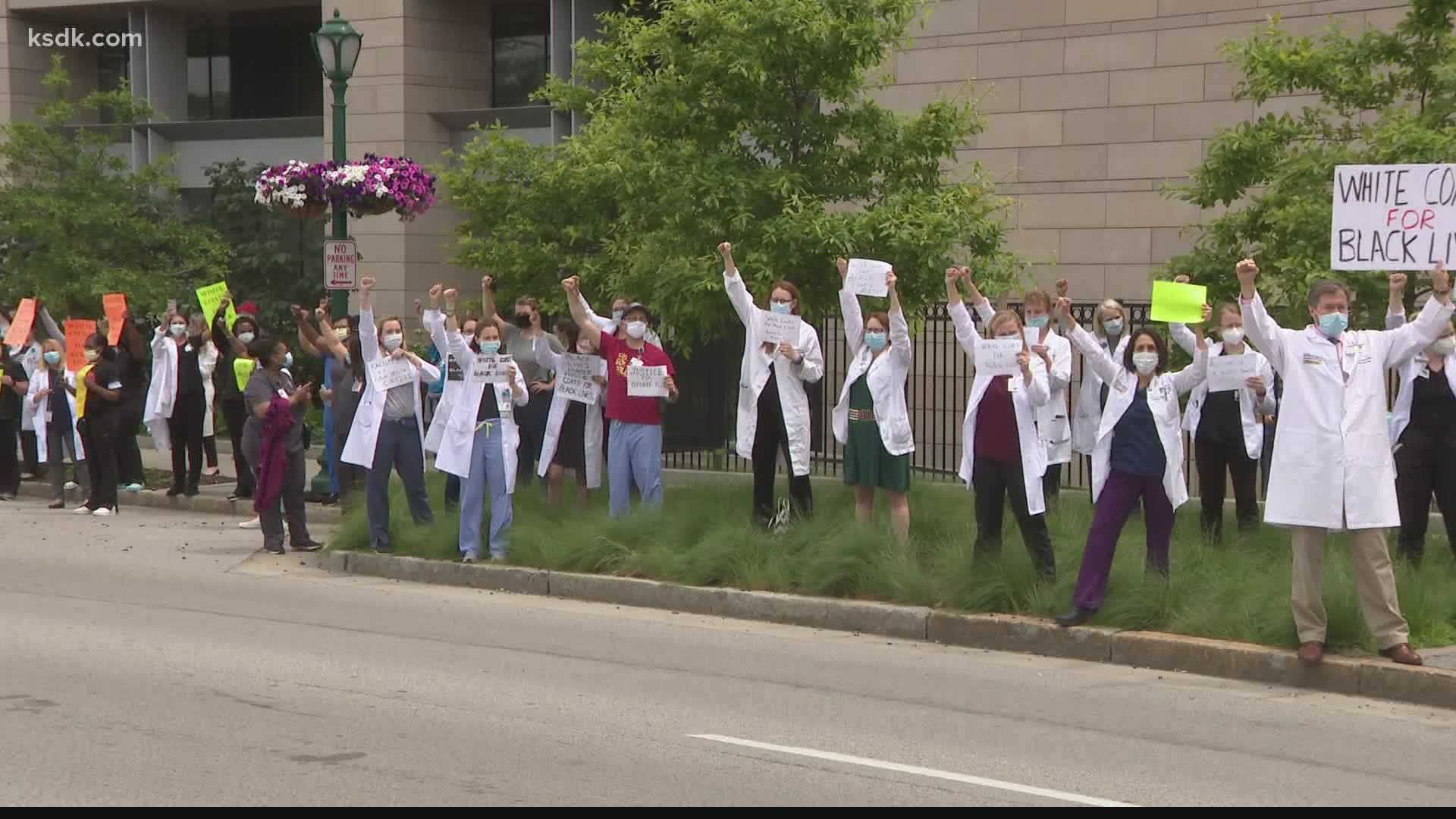 ST. LOUIS — Several large protests, rallies and marches are set to take place across the St. Louis area this weekend.

Police have told 5 On Your Side they are aware of dozens of possible events that could happen in the St. Louis area over the weekend.

Here are three of the largest known events that are planned this weekend.

A family-friendly peace walk is set to begin at 11 a.m. Saturday at North Kirkwood Middle School on Manchester Road and will end at the Dougherty Ferry parking lot on the Kirkwood High School Campus.

The route is about 1 mile long and will take protesters across Manchester Road. They plan to keep the walk on sidewalks. Participants are asked to wear a mask and bring water and posters.

The peace walk is being organized by the Kirkwood School District Teachers of Color. They shared this message about the event with 5 On Your Side:

“This is a family event. Bring your children.This is one form of protest where we can publicly express our disapproval towards the senseless death of George Floyd and other African Americans. This expression is shown in our walk, with our numbers, and through our chants. Your participation in this movement brings awareness to the issues that African Americans face in the world today. The consequences of this peace walk involve realizing that change needs to happen at the individual level, the group level, and the systemic or policy level.

“We will walk on the sidewalk in peace, bringing recognition to change that needs to happen!”

On Saturday, a rally will be held to honor the memory of Breonna Taylor. The Kentucky EMT was shot and killed by Louisville police during a raid in March. She would have turned 27 on Friday.

ExpectUS has organized the rally. That’s the same group behind Thursday’s peaceful march in Brentwood and Monday’s peaceful protests throughout downtown St. Louis. About 1,000 protesters gathered for each of those demonstrations.

ExpectUS has said its goal is to conduct disruptive protests that are not violent.

Saturday’s rally is set to begin at 4:30 p.m. at the AMC Streets of St. Charles movie theater at 311 Lombard Street.

A Facebook event for the rally shows more than 1,200 people are interested and nearly 500 people said they plan to go. Demonstrators are encouraged to dress for the weather and wear masks.

The Protest Against Police Violence is set to begin at 2 p.m. Sunday outside St. Louis City Hall. Information about where the protest will march from there has not been released at this time.

Organizers are calling for a peaceful protest to bring attention to police violence involving the African American community.

Organizers stressed they want social distancing to be practiced and asked participating to bring their masks, signs and their voices.

A Facebook event for the march showed 4,000 people were interested in participating and more than 1,300 people planned to attend.

Thousands of people have peacefully marched throughout the St. Louis area in several organized rallies, marches and demonstrations all week to remember George Floyd and to call for an end to racism, racial injustice and police brutality.

You can read more about the prevents events by clicking on the links below.