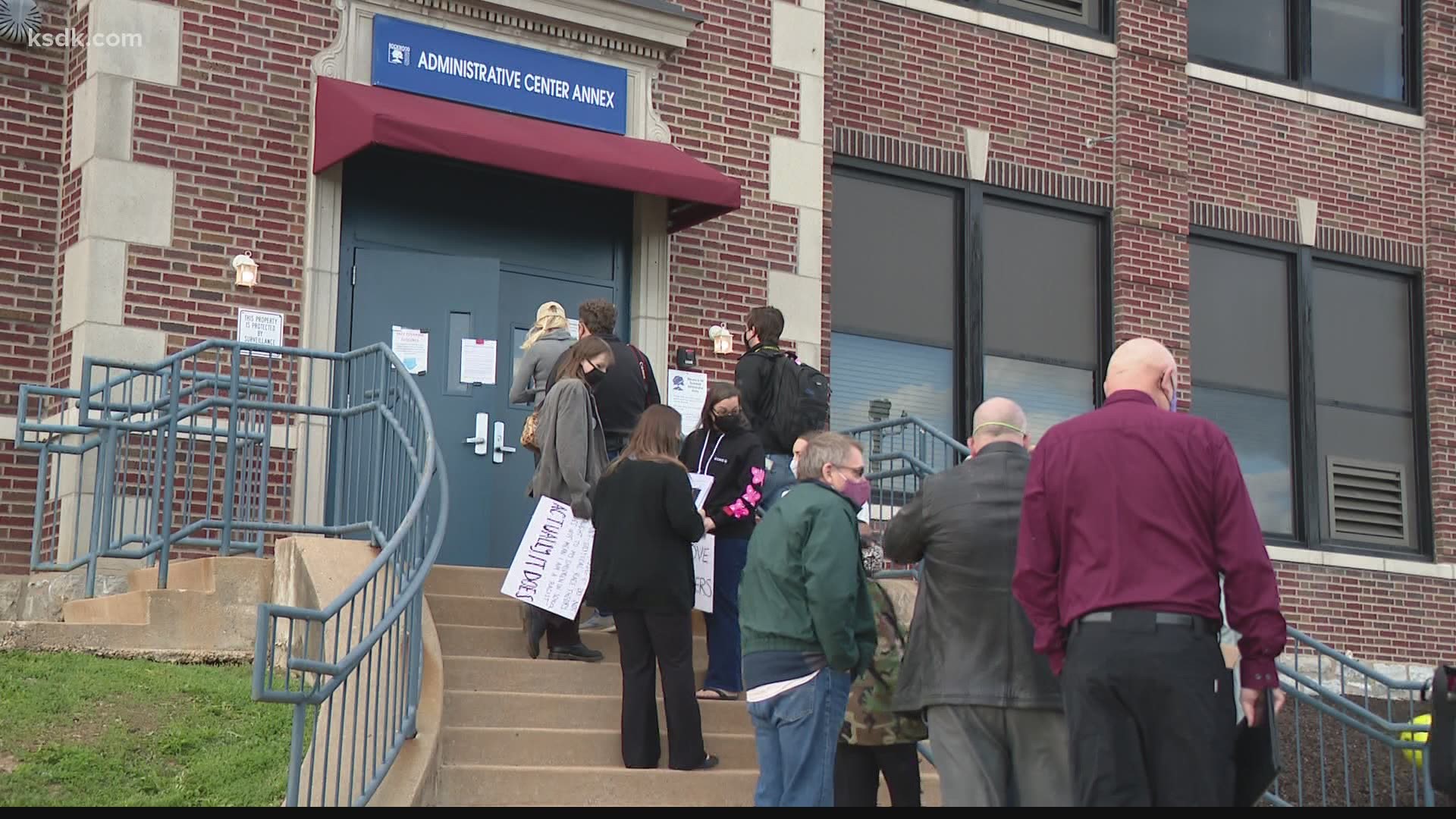 EUREKA, Mo. — Tensions were once again high in the Rockwood School District Thursday night — this time at a school board meeting.

Dozens of parents showed up to let board members know how they feel about the issues involving race being taught in the classroom.

For many of those who showed up Thursday's meeting was a chance to counter what they saw last week when Rockwood grabbed headlines around the country.

That's when a group of parents met to talk about race in the Rockwood curriculum. Most people at that meeting spoke out against either what they say is a lack of transparency by the district or the idea of teaching equity and diversity altogether.

Many parents don't want the school teaching the "critical race theory" in class. They say it shames their white students.

"I send my kids to school for education," Adam Whittington told the board. "I don't send them to get a moral lecture. A political lecture...an evil political ideology."

Thursday night the district reiterated that it does not use critical race theory. But, board members said they stand by the district's efforts to offer a more inclusive and diverse curriculum.

"We are committed to providing an equitable, welcoming and safe learning environment for all students," the board said in a statement that was read aloud at the meeting.

The statement also addressed threats the district says some of its teachers have received.

"We call on all stakeholders, parents, community members, staff and students to stop spreading hate and shame," they said in the statement. "We implore you to think about what you say, what you post, what you write in an email, listen to understand and consider the perspectives of others."

Several of the parents who spoke out against the district's curriculum said the issue was a lack of communication on the part of the district.

A leaked email from a district staff member seemed to suggest teachers should hide what they are teaching from parents. The district said the email was not approved and "does not reflect the mission, vision and values of the district."

Several parents showed up at Thursday's meetings with signs supporting the district, teachers, and the effort to teach diversity and inclusion in the district's curriculum.

Bill Brown attended Rockwood schools from kindergarten through high school, taught in the district, and served on the school board. Thursday night he said before the board, "I wish I had an easy solution to heal these problems. My greatest fear is the current wounds are too deep for healing."