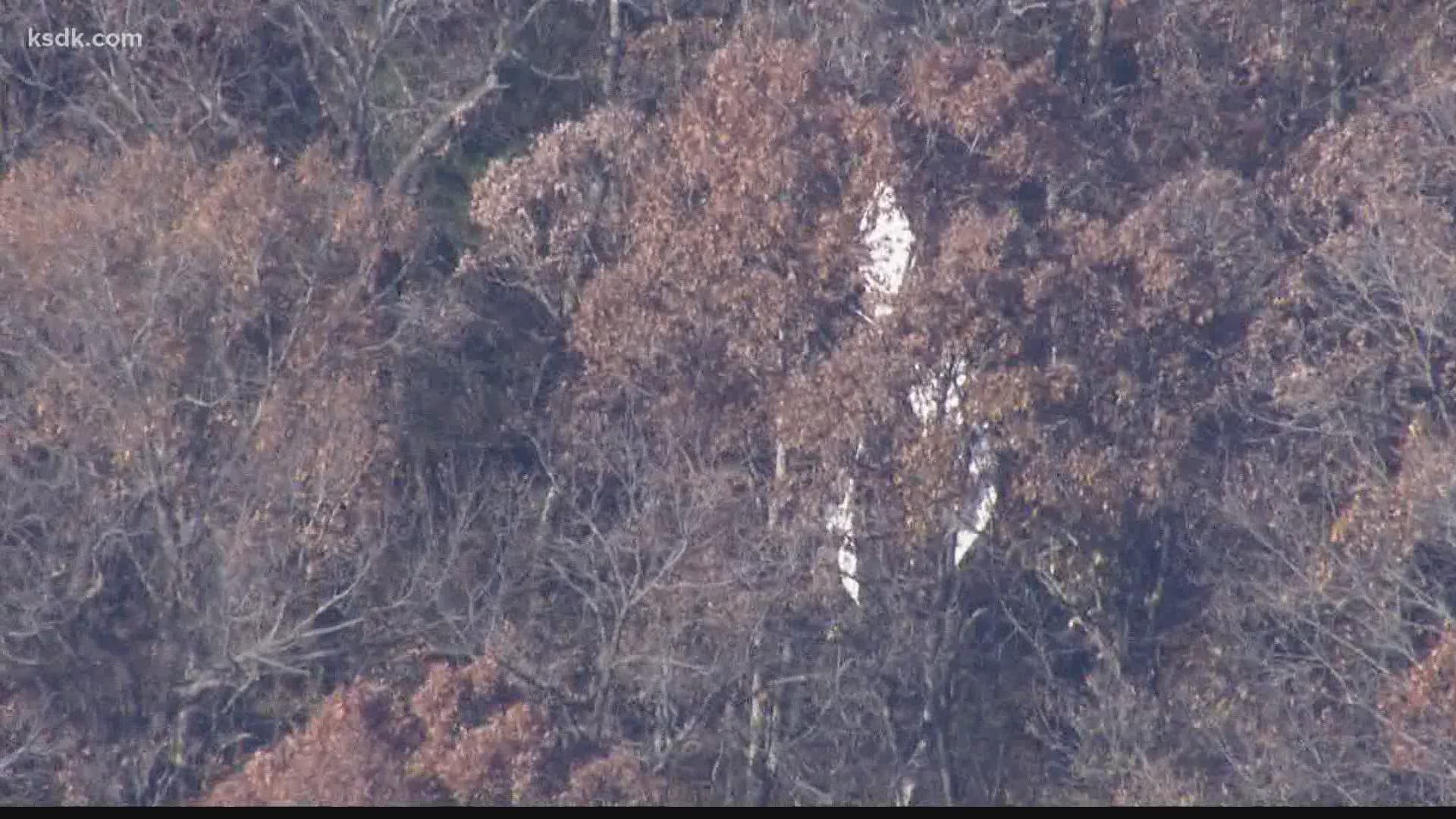 LINCOLN COUNTY, Mo. — A small plane crashed into trees in Lincoln County early Thursday morning and the pilot is unable to get out of the plane on his own.

The plane crashed at around 8:38 a.m. in the area of Wolf Creek Road, according to the Missouri State Highway Patrol.

The pilot was not injured in the crash, but he is unable to get out of the plane and is currently stuck 70 feet in the air. The view from Sky5 showed the white plane wedged in the canopy of the trees.

The pilot was able to get out of the plane. However, he is still stuck in the trees. Emergency responders are on the scene working to safely get the man down to the ground.