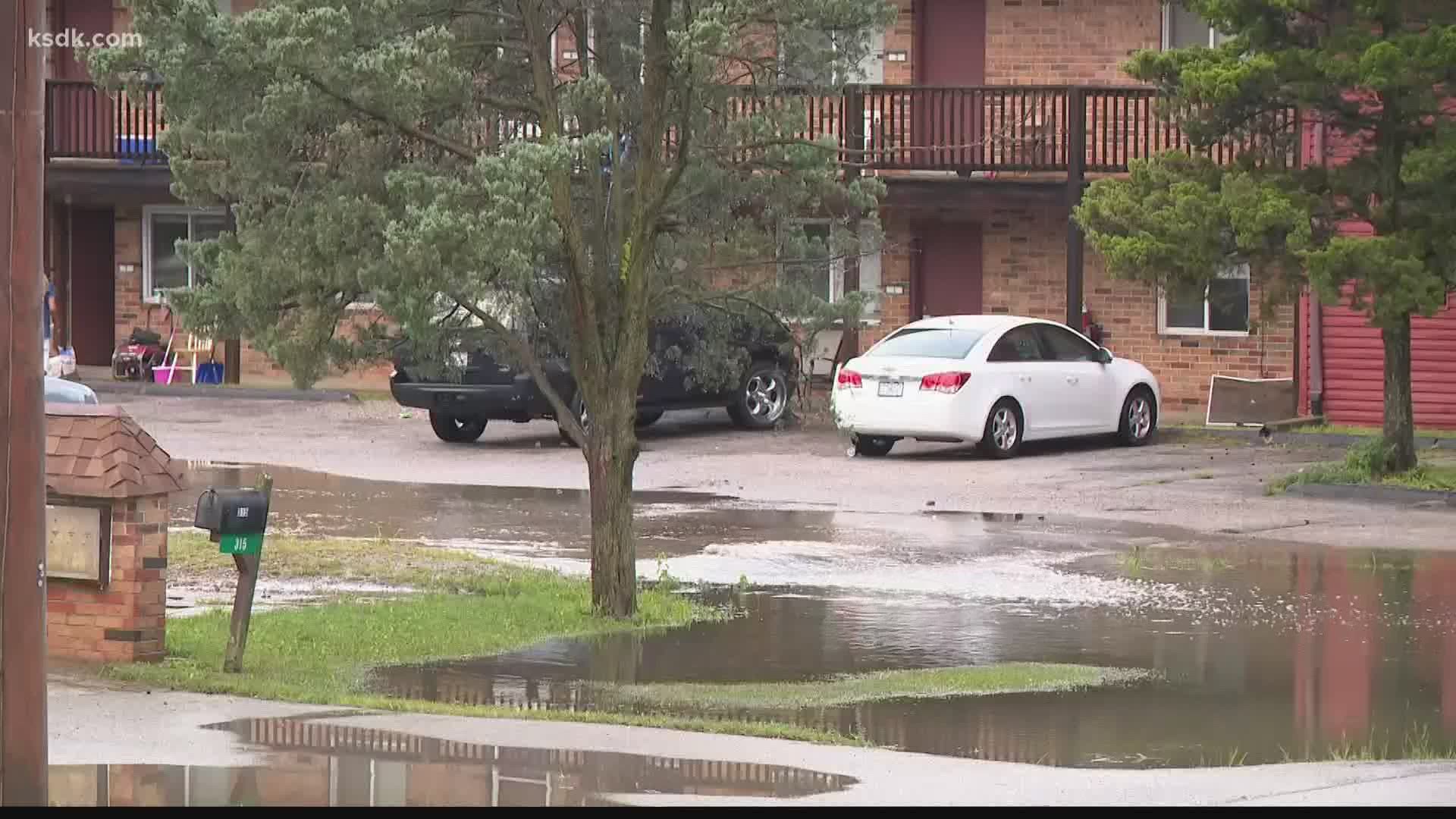 The flooding happened at the Riverview Gardens apartments on Riverview Lane north of Interstate 370.

Families had to evacuate as waist-deep water poured into the ground-level apartments. The water was even higher outside, where residents said it reached the hoods and windows of some cars.

One resident told 5 On Your Side's Brandon Merano that several children were passed through an apartment window and loaded into a canoe.

The apartment complex has faced flooding at least two other times this year. The landlord told 5 On Your Side that she called the city asking them to turn on the water pumps at around 11 p.m. Saturday.

The pump has a manual switch that must be pressed to turn on the pumps, she said. But the pumps didn't come on until around 4 a.m.

The landlord said she arranged hotel rooms for everyone who wanted one.

It's a mess Davis and others at Riverview Gardens Apartments are unfortunately used to cleaning up.

"No, just in May we had water in the units and fortunately we were able to get the shop vacs out and suck it up but this time it came in so hard and so fast it actually bust the front door open," added Davis.

The water was rising so quickly cars were carried across the street and people had to be rescued from their homes.

"It risked the safety and well being of literally everyone who lived in these bottom units, and we had to get them out on boats," said Davis.

"I don't know, I don't know what they're going to do but I'll tell you everything in here is flooded, every bottom apartment," added Jamie's Uncle Roy Davis.

Now people living here are calling on the city and property manager to help fix the mess.

"There's a lot of mold in these apartments because they haven't been cleaned from all the flooding and I think a lot of people who have been sick around here is caused from the mold with all the flooding," added resident Ruby Pendell.

"At least the fish knows how to swim so if the water does get that high he'd be OK," joked Davis.