ST. LOUIS — Attorneys for the City of St. Louis have decided not to charge nine protesters with trespassing along a private street, which led to the now infamous photos of a Central West End couple pointing guns at them earlier this year.

The group was marching along Portland Place – a private street – on its way to a protest at Mayor Lyda Krewson’s house. When the group of people passed a home owned by Mark and Patricia McCloskey, the couple confronted them with guns.

The city's decision not to pursue the charges against the alleged trespassers came on the day before the summonses required them to appear in court.

In a statement, City Counselor Mike Garvin wrote, “prosecution is not warranted against these particular individuals,” after municipal court prosecutors reviewed property records of the street as well as video of the June 28 confrontation and interviewed witnesses.

Garvin also noted the attorney for the trustees who own the street did not wish to pursue charges.

5 On Your Side obtained a copy of the email James Bass, the trustees’ attorney sent to city attorneys Sept. 15, which read: “As we discussed on the phone, the trustees of Portland Place have not requested that any criminal charges be filed against any of the participants as a result of the events of June 28, 2020, and are not requesting the opportunity to testify at any trial that might take place. However, if any of them are subpoenaed, they would certainly comply and testify truthfully with respect to any personal knowledge they might have, although it's my understanding that none of the trustees witnessed the events of that evening as they transpired.”

The decision not to issue the trespassing charges could have some impact on the criminal proceedings. The McCloskeys have been charged with unlawful use of a weapon – a felony.

An attorney for two of the protesters told his clients they shouldn’t testify before a grand jury weighing whether to indict the McCloskeys as long as they had pending charges against them of their own.

Now that the concern is moot, Javad Khazaeli said he no longer has any “ethical concerns,” about his clients testifying before the grand jury should they be asked to do so.

Joel Schwartz, attorney for the McCloskeys, said the city’s decision on the trespassing charges won’t impact the defense. Missouri’s Castle Doctrine law allows people to use deadly force to defend their property, and that’s what the McCloskeys were doing, he said.

“It’s is abundantly clear the crime of trespassing was committed in this case, making the McCloskeys actions perfectly legal,” he said. “Just because the city counselor decided not to charge them changes nothing.”

He said the city’s fine for trespassing is $500 and could include some jail time, but, in his experience, most people are fined $100.

Police sent the summonses Aug. 30 – about eight weeks after the confrontation.

The city counselor’s office received copies of the summonses on Sept. 10.

“As is the office's usual procedure, municipal court prosecutors investigated the facts of each of the nine cases,” Garvin wrote. “Multiple videos were reviewed, as well as video accounts of the incident on local news and social media.

“Interviews were conducted and the plat and other property documents for Portland Place were reviewed.”

Garvin told 5 On Your Side: “We wanted to make sure these people were on the property the trustees represent and what they wanted was a factor,” in the city’s decision not to issue charges.

“After consideration of all factors, the city counselor determined that prosecution is not warranted against these particular individuals,” according to the statement. “Having reached that conclusion, all charges were refused.

“This decision was based on facts particular to this case. Protesters who trespass or commit other violations will be charged when warranted.”

Krewson’s office referred all questions to the city counselor’s office.

Garvin said Krewson “did not have any input” into his office’s decision not to issue the charges.

“We informed her of our decision,” he said.

The protest in Krewson’s neighborhood followed her decision to read the names and addresses of those who wrote to her, urging her to close the city’s jail known as The Workhouse. 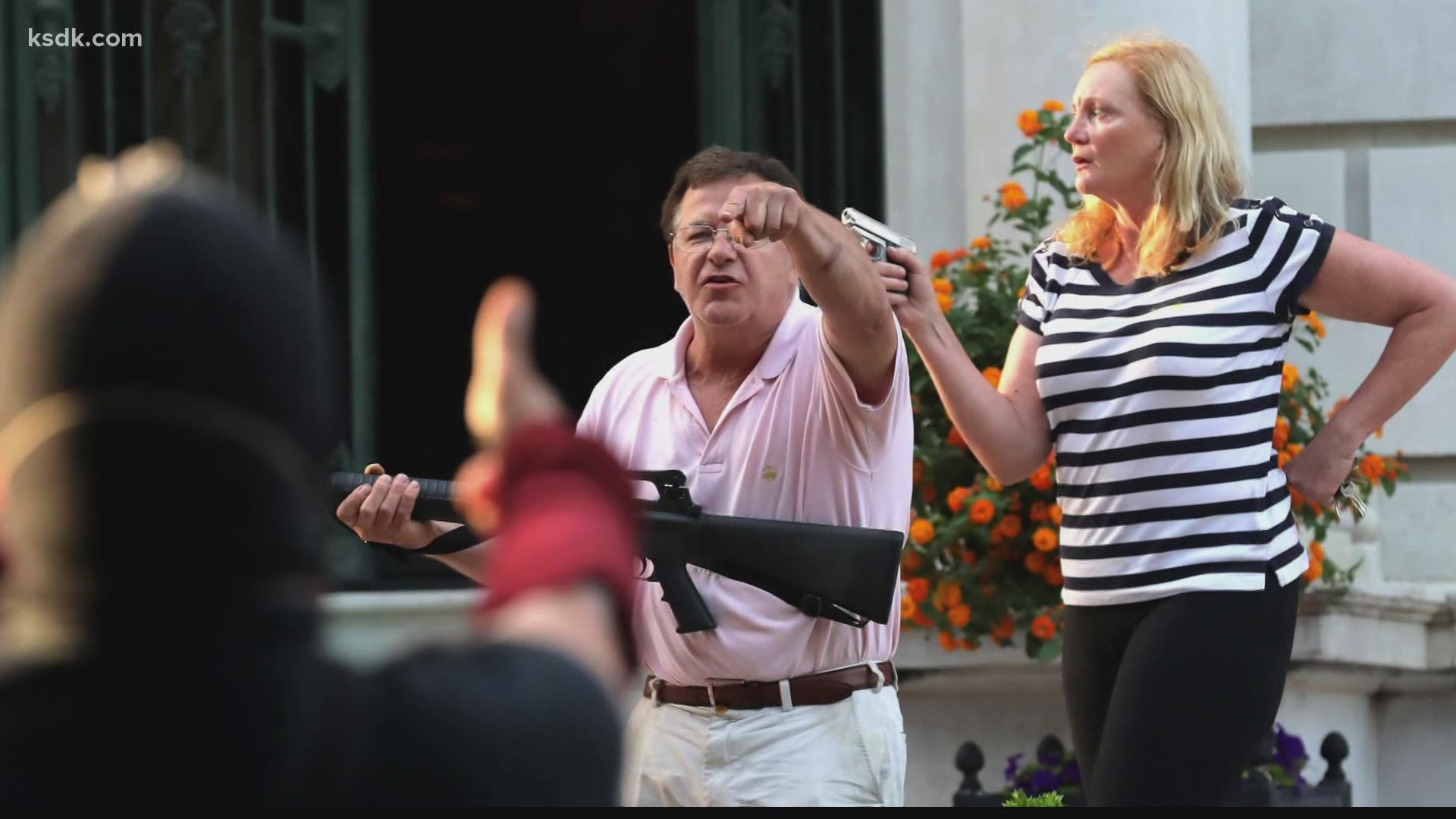