They all suffered non-life threatening injuries 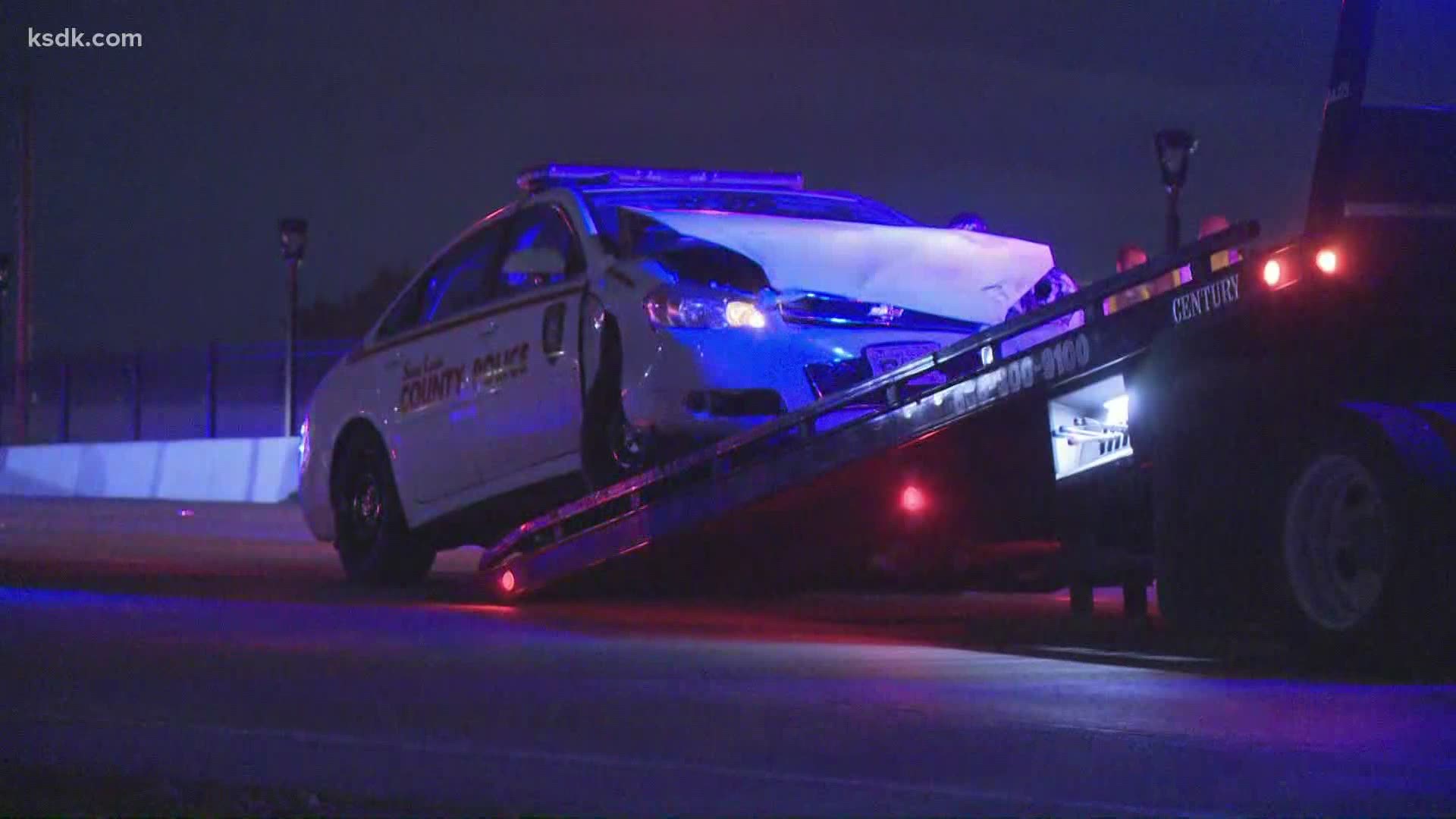 The crash happened at around 5 a.m. in the area of Pershall Road and Old Halls Ferry Road.

A St. Louis County police car was traveling through a green light on Pershall at the intersection of Old Halls Ferry when it hit a minivan. The minivan ran a red light, according to police.