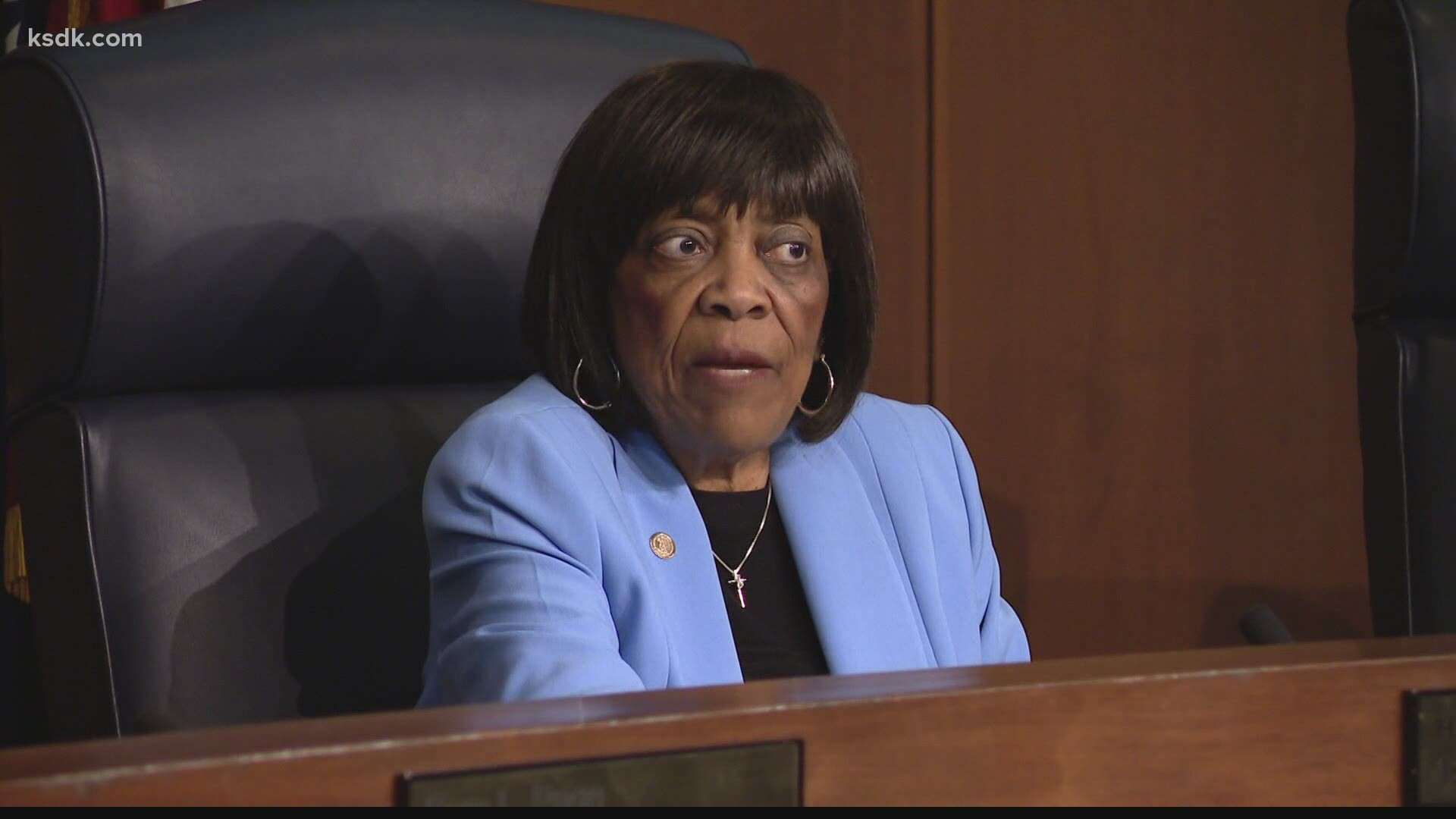 "When she was in office, she was the go-to person," said St. Louis County Police Lt. Col. Troy Doyle. "If people contacted her, she was going to get it done, she knew the right places to point you to.

"She had an open-door policy with her constituents, and she was very community-oriented."

She most recently made headlines after filing a lawsuit against St. Louis County accusing County Executive Sam Page and others of racial discrimination. Erby is Black; Page is white.

As one of his first acts as County Executive in 2019, Page hired her to be the county's first Diversity, Equity and Inclusion Director for $121,000 a year. She was a longtime ally of Page.

In her lawsuit, Erby alleges Page illegally fired her after she complained the county wasn't using the required number of minority and women-owned contractors for projects, including a $1.67 million temporary morgue.

Erby's attorney, Jill Silverstein, tells the I-Team one of her final acts was to preserve her testimony against Page.

“Up until a few days ago, I spoke to her about her case.”

Silverstein said Erby was a “focal point” for many in the county who turned to her for advice.

Doyle also has filed a racial discrimination lawsuit against Page, alleging he passed him over for police chief because political campaign donors did not want to see a Black man become chief.

Erby was also influential in University City politics, which is where she met former Missouri Rep. Maria Chappelle-Nadal.

"She was like a surrogate mother to many," Chappelle-Nadal said. "I used to say in Ferguson and I still say it now, there's a space, a place and a role for everyone, and Hazel understood that place was not always at the front, but everyone had a role when it came to justice and leadership and getting things through and she served her role well."

But her first priority has always been her family, Chappelle-Nadal said.

Erby celebrated her 56th wedding anniversary with her husband, Louis, on Juneteenth. That was the last time Chappelle-Nadal said she spoke to Erby.

"I could hear the tiredness in her voice," Chappelle-Nadal said. "She really wanted to go to a Juneteenth celebration.

Chappelle-Nadal called Erby "a gentle front-line soldier" whose mission was to be an advocate and a spokesperson "for the challenges Black women uniquely face in St. Louis County government."

In her final months, Erby became active on Twitter, giving herself the handle @no1councilwoman.

"It’s a great loss to a lot of people, but her legacy continues in regards to this lawsuit," Chappelle-Nadal said, pausing to collect herself through tears. "It's her gift to the Black community.

Erby is survived by her husband, Louis, daughters Angela and Kristina, son Louis and a host of grandchildren.

St. Louis Mayor Tishaura Jones wrote: "Hazel was a trailblazer for Black women in elected office in this region. I extend my sincere condolences to her family, friends, and all who knew and loved her."

Hazel Erby was a trailblazer for Black women in elected office in this region. I extend my sincere condolences to her family, friends, and all who knew and loved her.

St. Louis County Councilman Tim Fitch wrote: "Those of you who knew Mrs. Erby appreciate that you never had to wonder where she stood on any issue. She represented her constituents on important matters without compromise. RIP Hazel. See you on the other side @ErbyLouis. #BlessedToKnowHer "

Visitation for Erby will be held onJuly 15 from 3 p.m. to 7 p.m. at  Layne Renaissance Chapel at 7502 West Florissant Avenue. Homegoing Services will be held on July 16 at 11 a.m. at Hazelwood Baptist Church on Howdershell Road.

RELATED: Dozens rally in support of Hazel Erby after she was relieved of duties as director of diversity