A St. Louis County spokesperson said the man was a violent felon who was wanted for a parole violation 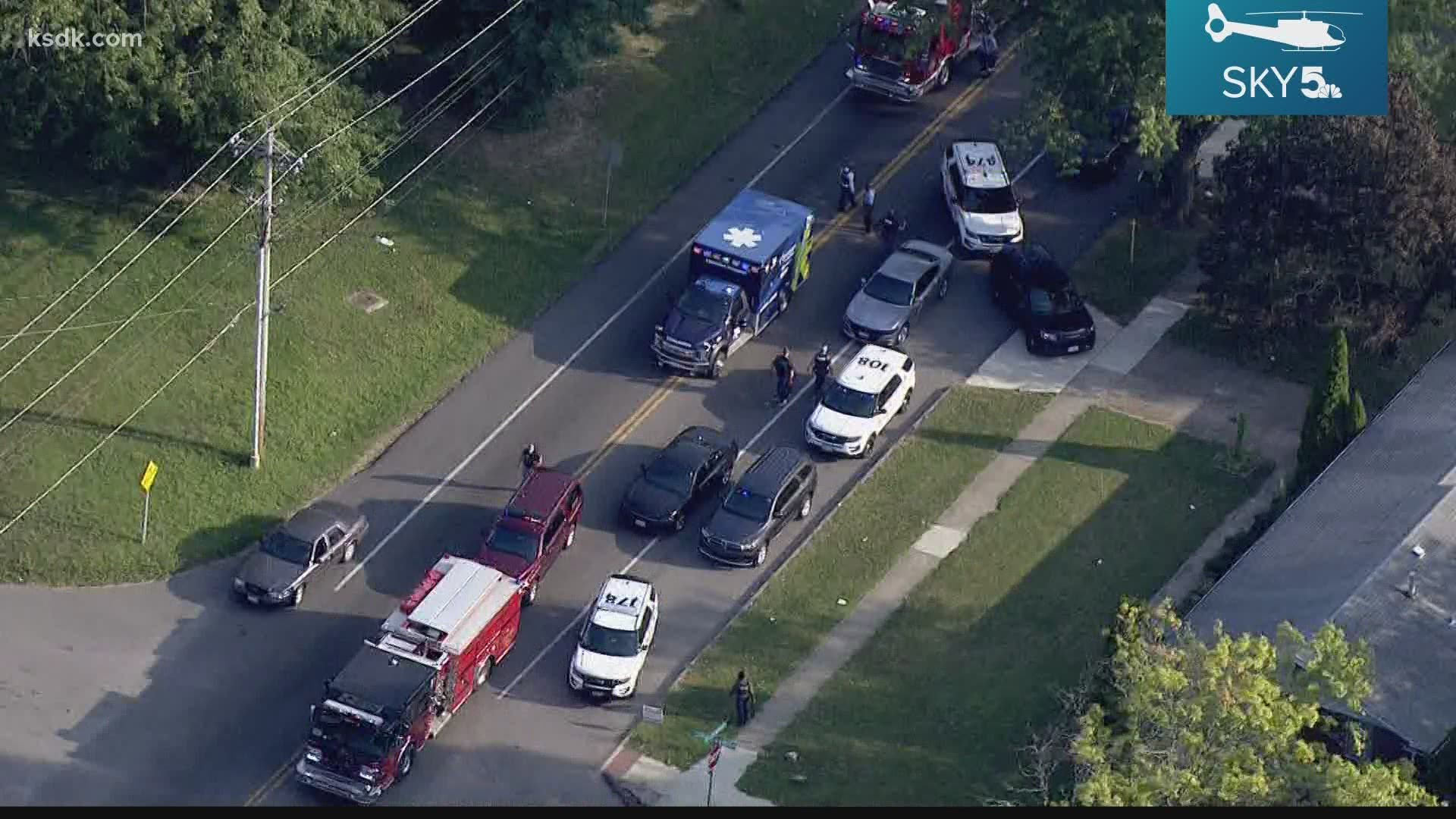 He has been identified as 26-year-old Patches Holmes of St. Louis County.

Police said in an update on Tuesday that Holmes pointed his gun toward officers, but the investigation revealed he did not fire a shot.

The incident began around 4:30 p.m. when officers received some information about a violent felon who was wanted for a parole violation, which included another violent felony, a St. Louis County police spokesperson said.

Officers received information on where the vehicle with the wanted felon was and tried to stop it at Bellefontaine Road at Interstate 270, but the car did not stop. Spike strips were then deployed, and the car came to a stop where three people jumped out of the car and ran.

Several other detectives were in the area and joined the search. Two detectives in plain clothes with vests that had "police" on them spotted the wanted felon under a back porch of a home and gave him commands to show his hands. When he did, police said he pulled out a gun and pointed it at the officers, at which time the two detectives fired at him.

Holmes was hit by gunfire and was transported to a hospital, where he died.

Both of the other suspects were taken into custody and one of them was armed, a spokesperson said.

“Had these individuals stopped the vehicle when we first initiated that traffic stop, we would have had no issues we could’ve taken them into custody. I’m not even sure if the other two were wanted for any instances at this point other than our primary suspect that we were looking for at that point. So, all of this could have been alleviated had they just followed the commands of the officers and stopped like you and I do when we get pulled over,” St. Louis County spokesperson Tracy Panus said during a press conference Monday evening.

Below is the full press conference