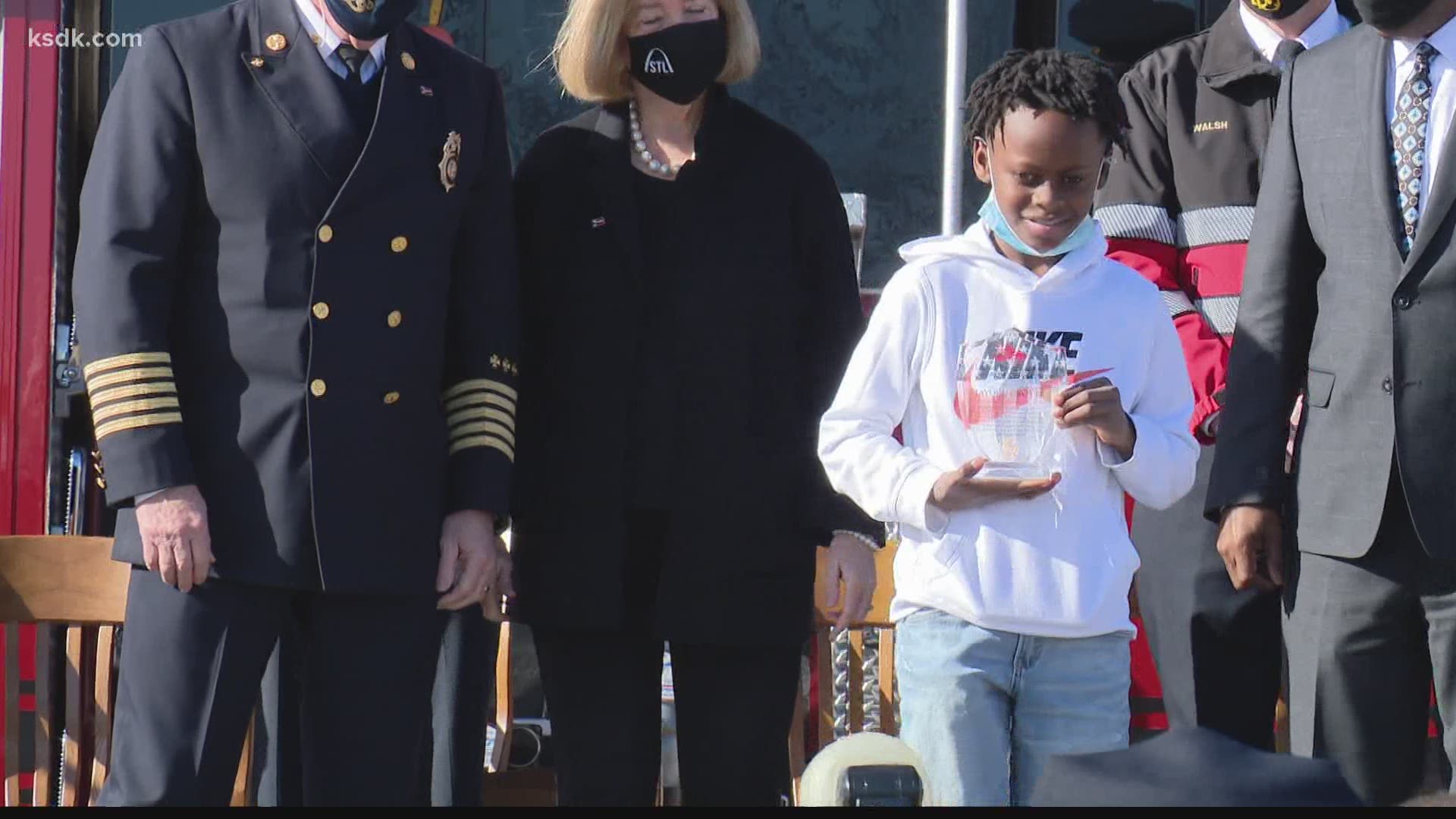 ST. LOUIS — A boy stood among dozens of St. Louis firefighters who were honored Thursday for saving the lives of others.

In December 2020, St. Louis first responders were involved in 10 different rescues and helped save three people during medical emergencies, including a newborn baby. They also save two children trapped in an apartment.

Forty-two members of the department were honored with the Chief's Commendation and Lifesaving Award.

And among the men and women of the department was 11-year-old Jayden Groves. His 22-month old brother wandered off during a family outing in Hyde Park in August 2020, according to the St. Louis Fire Department.

Groves found his brother floating face down in the park's pond. And he quickly sprang into action.

"I pulled him out of the water and I put him in the grass. My family did CPR and I ran to the fire department and got help," Groves said.

Firefighters responded and took the toddler to the hospital. He has made a full recovery.

Groves received the department's Heroism Award. He said is thinking about becoming a firefighter when he grows up.

"We salute Jayden Groves," the department posted on Twitter. "He. Is. A. True. #Hero!"

The awards are given out every month, but typically one of two people receive them. So many people were honored Thursday that the department moved the ceremony outdoors.

RELATED: Horses involved in I-44 accident available for adoption