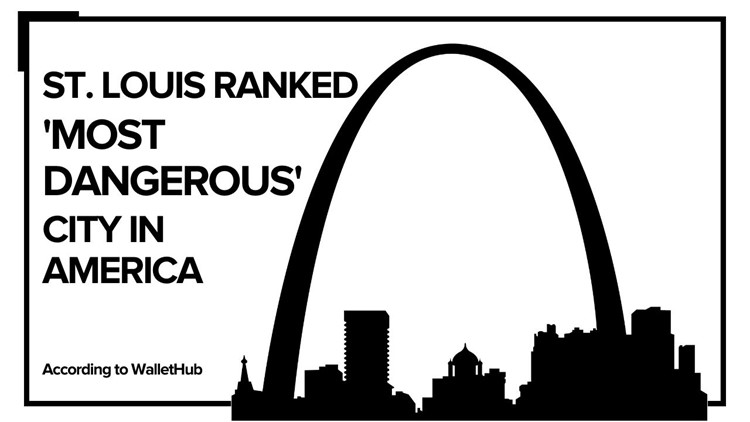 ST. LOUIS — A new ranking from personal finance website WalletHub has named St. Louis as the most dangerous city in America. But this one isn’t just about the crime rates.

Out of the 182 cities included in the ranking, here’s how St. Louis landed:

Here are the 10 least safe cities in America, according to the ranking:

These are the 10 safest cities in America, according to the WalletHub ranking:

You can see the full report from WalletHub including more on how the ranking was put together by clicking here.

VERIFY: Is St. Louis the 'Most Dangerous City in America'?