Woman left to die while jogging remembered as a role-model, 'warrior'

“She was a giant,” Marlon Lee said. “An oratorical giant, a wordsmith, a lover of words, she knew how to use them extremely well” 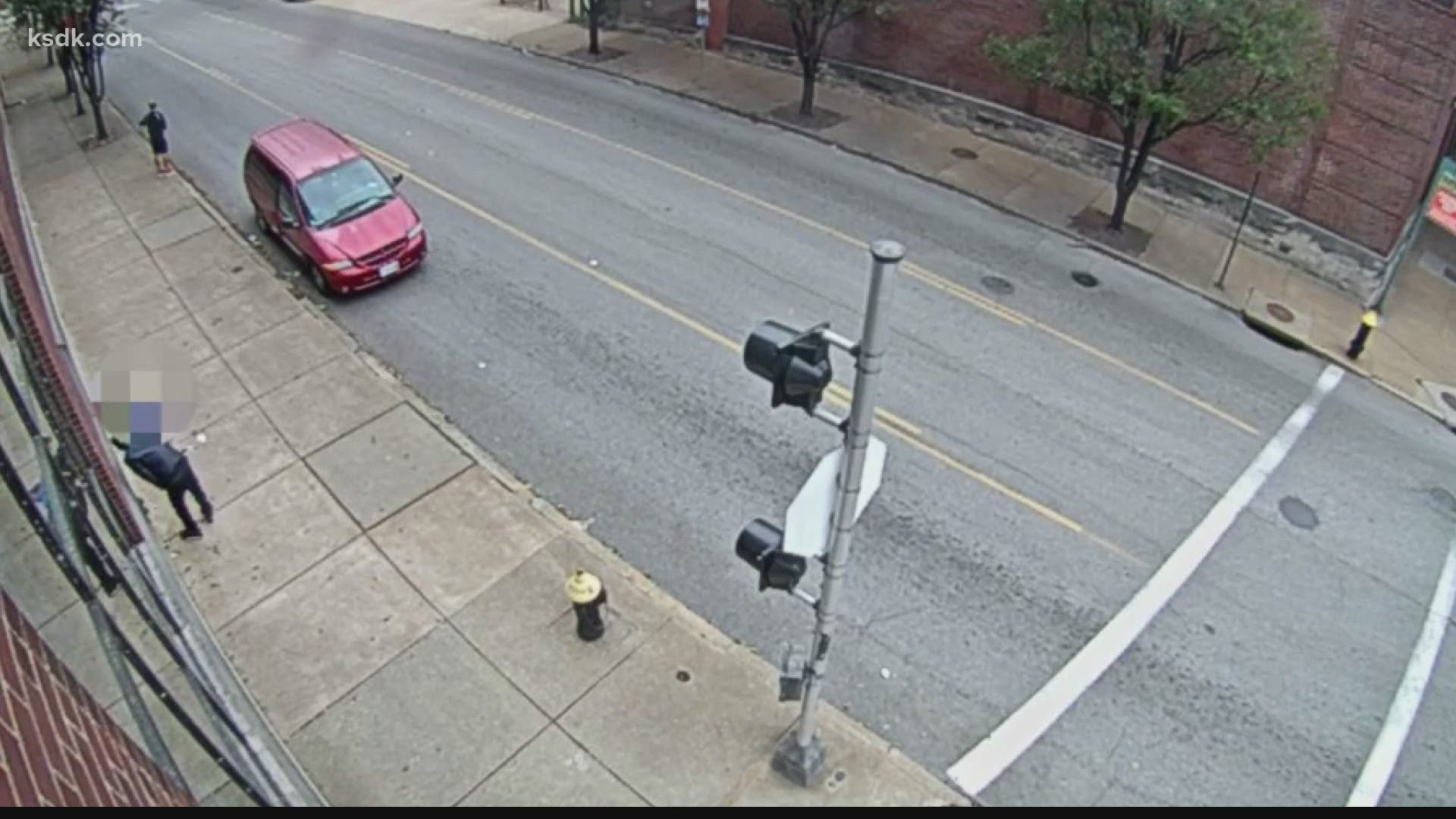 As if it weren’t enough to be an Air-Force Veteran, health advocate, and beloved retired school worker, those who knew her say Olden was a natural mentor, for several reasons.

“Well, her warm presence, but she was in the military, so you knew she didn't play,” said Marlon Lee, who got to know Olden through church and their Toastmasters club, a group dedicated to public speaking and conversation.

“She was a giant,” he said. “An oratorical giant, a wordsmith, a lover of words, she knew how to use them extremely well.”

There are few words, though, to make sense of what happened to Olden on Oct. 18. Police say she was on a jog through Soulard near Anheuser Busch when she collapsed on the sidewalk.

She can be seen on surveillance video struggling to get up and use her cell phone to call for help. Police say a person pulled up in a late model red Dodge Caravan, but not to assist her. The person can be seen talking to another person—at this point it is unclear if that person is another suspect or a witness—before picking Olden’s phone up from the ground and driving away.

Olden eventually got to the hospital where she died a few hours later.

“She was still fighting to live,” Lee said.

Those who knew her describe to 5 On Your Side a life worth fighting for: just last week, her family at the Rossman School, where she was a member of the kitchen staff, threw her a belated retirement celebration. She was already missed.

"As a head of school and as a parent, there is no finer person that i would want for our children to spend their days with than someone of the character of Jackie Olden,” said Elizabeth Zurlinden, Rossman Head of School.

Lee asks for people to keep Olden’s family in their prayers, especially since they are still grieving the loss of her husband less than one year ago. However, he also asks for the community to keep the person who left his friend to die in their thoughts, too.

“Someone being in such a toxic position to where they can not be that good Samaritan to assist her but to take her cell phone while she was still fighting for life: it's horrendous, but I do know, that person needs help,” he said.

Recognize anyone in this video or the red van? Detectives need help locating the witness and/or suspect in an incident where an unconscious woman's phone was stolen on 10/18 in the 1200 block of Lynch. Have info? Call a 3rd Dist. Det @ 314-444-2500. More: https://t.co/AIrUGMogPs pic.twitter.com/FEyKpFJOrl