The woman told police she and the man got into an argument and he began choking her. At that time, their young son fired shots at his father 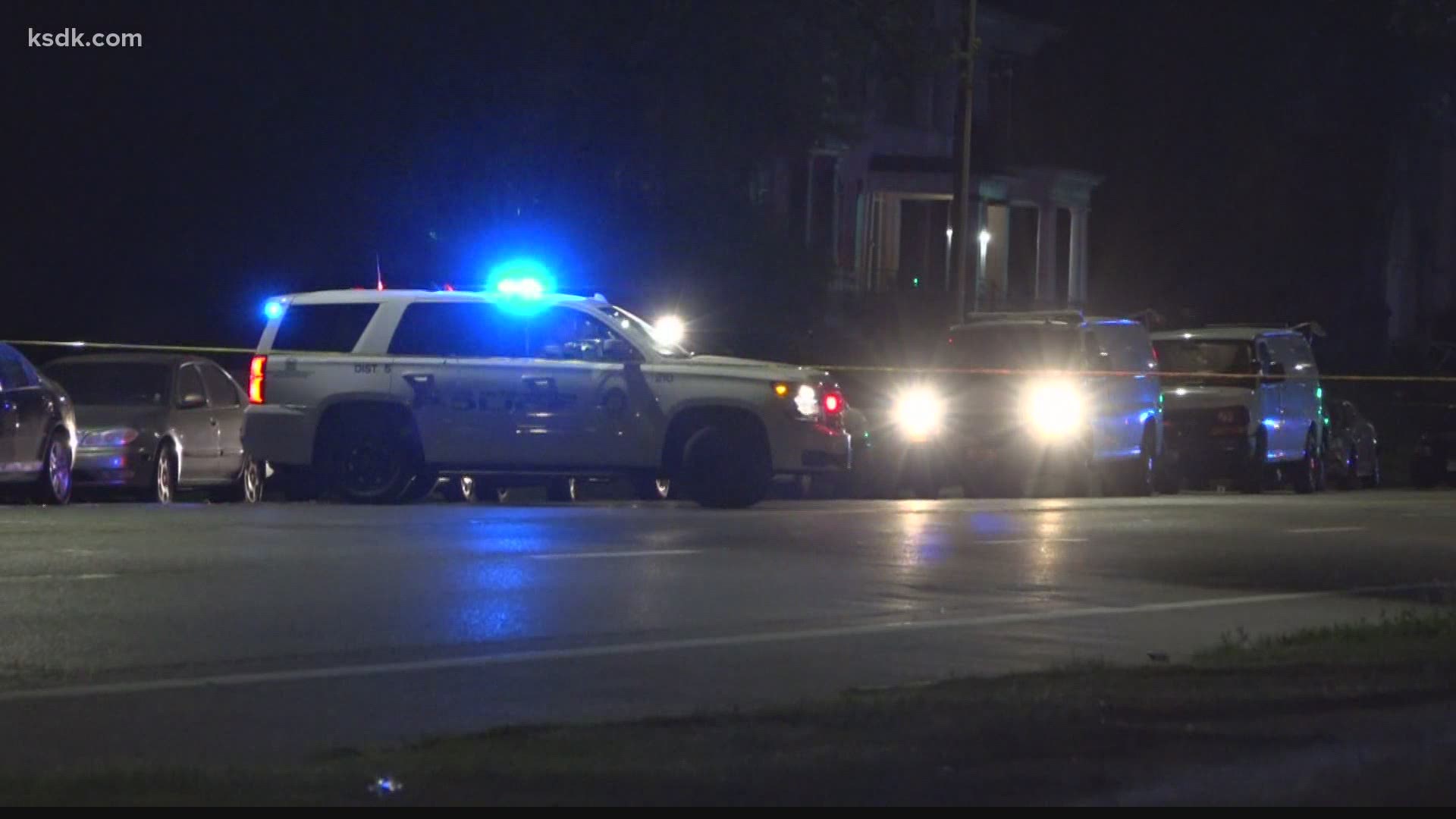 ST. LOUIS — A 13-year-old boy is suspected of shooting his father while the man was choking the boy's mother, a police source confirmed with 5 On Your Side.

Officers responded shortly after 1 a.m. to the 5100 block of Page Boulevard, which is in the Academy/Sherman Park neighborhood in the city. Officers arrived to find a 47-year-old woman with a gunshot wound to her torso and a 50-year-old man who had been shot in the area of his legs and buttocks.

The woman told police that she and the man got into an argument that escalated into him strangling her.

While that was happening, she said their 13-year-old son got a gun and fired several shots at his father, hitting him and also inadvertently injuring his mother.

Police initially took the teen into custody. A source tells 5 On Your Side, the boy has since been released to another family member.

The man and woman were taken to the hospital for treatment. The man was in critical condition. Police did not have an update on the woman’s condition but said her vital signs were stable.

“That’s sad man. What’s a 13-year-old doing with a gun?" asked neighbor Perry Green. "Where did he get the gun?”

Green’s lived on the north side street for more than 40 years.

“In the past three years, we have had any problems on this block of Page. Now, about three years ago somebody drove by and shot up my house and several other homes. Lately, it’s just been quite on our block,” Green said.

Local domestic violence experts dissect this complicated situation that has many layers.

They said abuse gradually gets worse over time.

Heidi Suguitan is the Adolescent Clinical Manager at Safe Connections.

"In domestic violence, choking would be one of the most lethal methods of violence used," she said. "I think about the powerlessness that a teen would feel witnessing someone who takes care of them not being able to take care of them and being harmed. This is a youth who’s witnessing a crime."

It's something the boy may have witnessed for quite a while, meaning their very own reactions could mimic behaviors.

She explains there was a 2019 study that found 20% of teen boys incarcerated for homicide was because of domestic violence and killing their mother's abuser.

The cycle of abuse lingers beyond the victim. It stings the entire family.

In this case, it was the child who did the shooting.

"He reacted in response that his mother was being choked. When they see violence, they are going to react with violence." Jelks said.

Agencies hope something like this can be prevented. Many are available to provide resources, support, and a path to a way forward.

"There are so many people out here that are willing to uplift you, support you, love you and bring you further than you thought you could," she said.