'The overreaches have to be addressed' | St. Louis area restaurant restrictions debated in Jefferson City 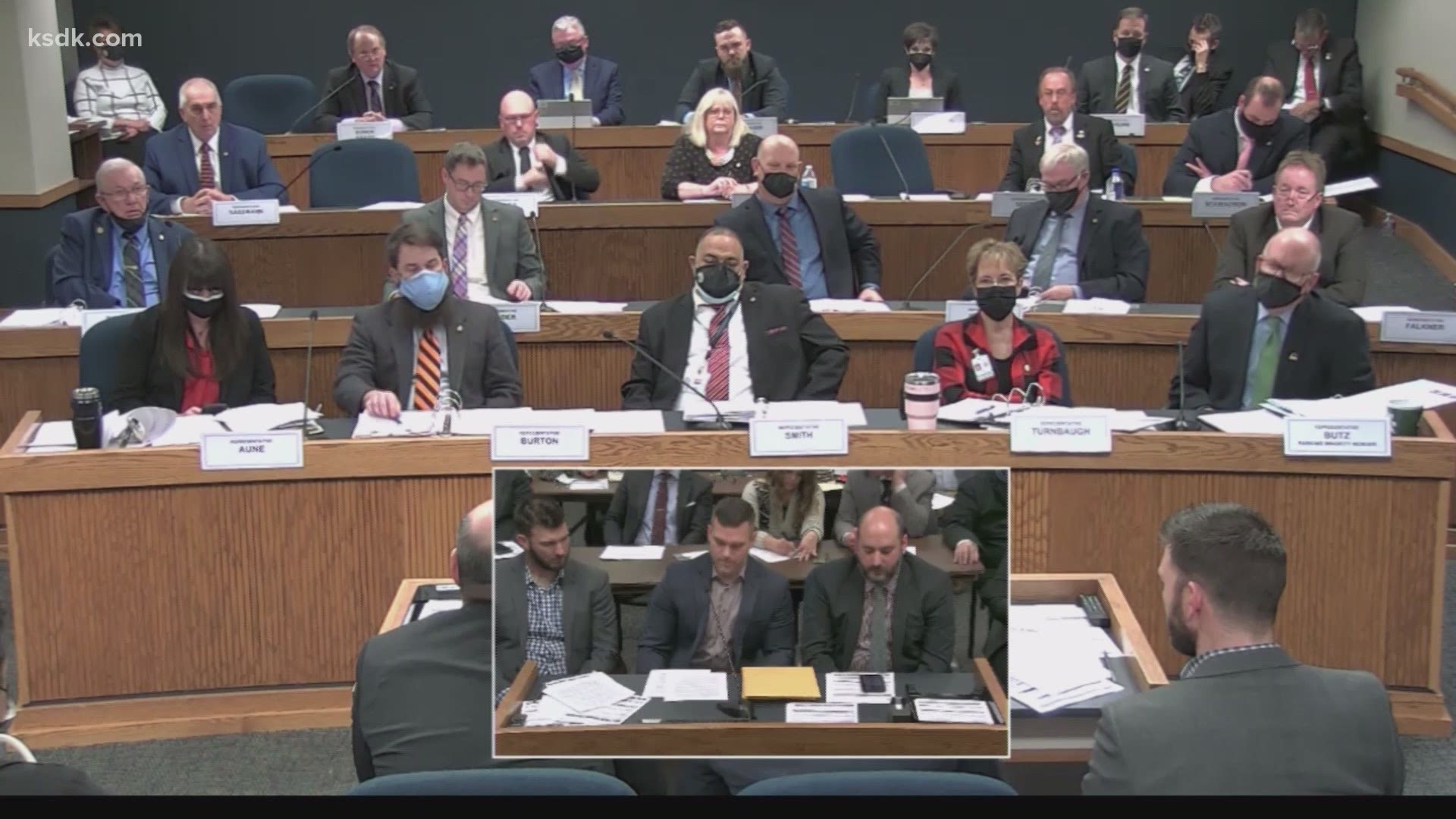 "It's very difficult to succeed in today's environment especially when you do not have the support of your local government. It is impossible when there is one unelected official with the unilateral authority to have the power to take away businesses and jobs with one letter sent," Stephen Savage, owner of Wheelhouse, said.

Savage's businesses, Wheelhouse and Start Bar, were recently ordered to close for the rest of the year — unless notified otherwise — after repeated coronavirus health violations.

In his letter, St. Louis health director Dr. Frederick Echols cited violations of ordinances requiring social distancing and masks. The City provided dozens of photos as evidence, including timestamps as recent as the day before the order was issued.

The City limits restaurants to 50% of their permitted occupancy.

Savage and his partners are fighting back at the state capital, speaking before the Missouri House Special Committee on Small Business. Public records show they have hired six lobbyists to advocate on their behalf.

In his response to the request, Dr. Page wrote in part, "Targeted protocols have been effective in slowing the rise in new cases while preserving the ability of businesses to operate ... we have also provided small businesses with direct financial assistance."

Eureka Mayor Sean Flower told the panel, "The overreaches have to be addressed."

RELATED: 'It’s a total slap in the face' | St. Louis business owners react after being forced to close for violating COVID-19 regulations