What started out as a slight dip in the road has since developed into a large and deep hole right in the middle of a busy residential street. 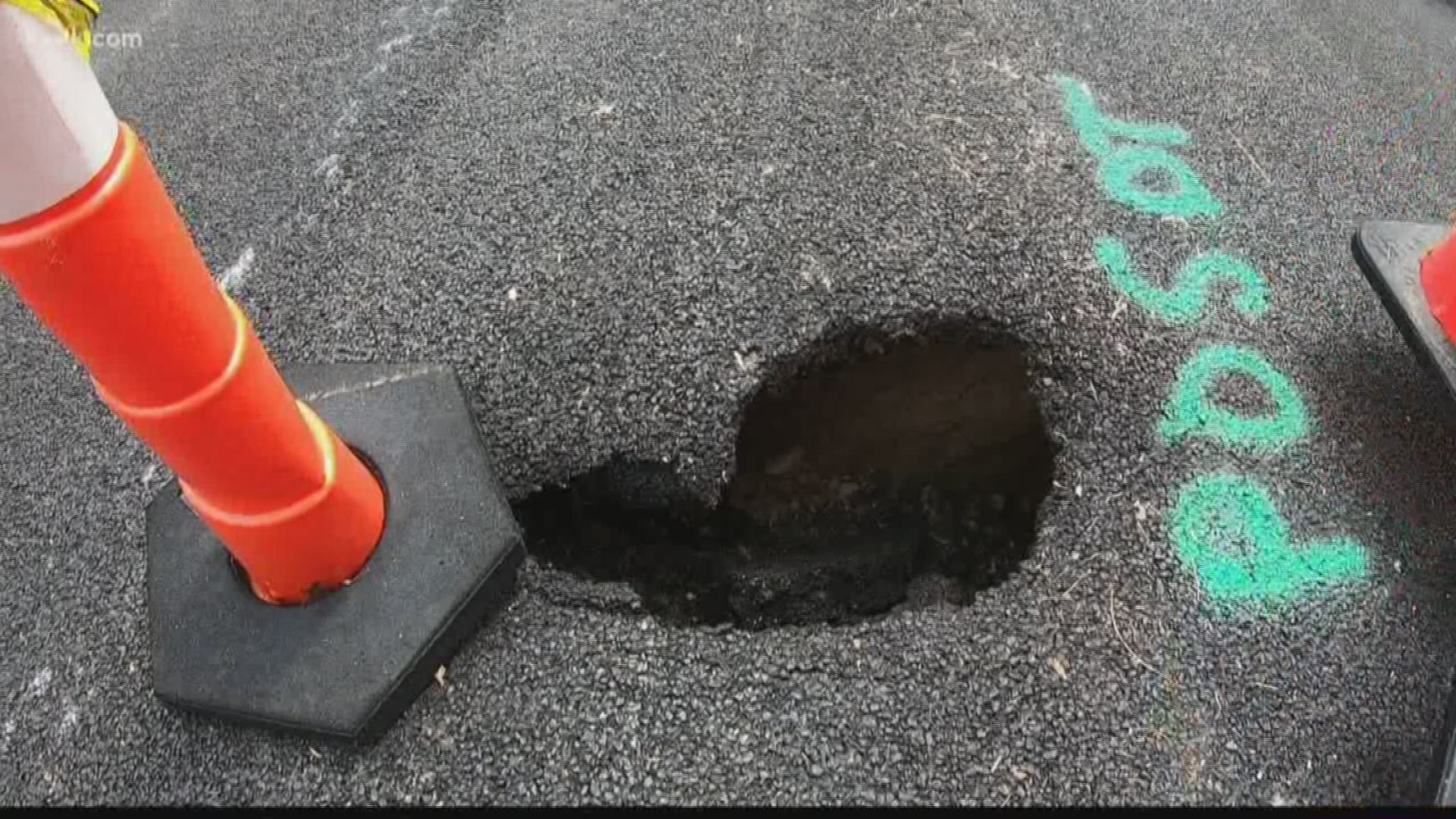 UNIVERSITY CITY, Mo. — On Tulane Avenue in University City, neighbors have a sinking feeling about what's breaking beneath the blacktop.

"It's a safety hazard for me, my neighbors, our vehicles and our homes," said Katie Merritt.

Merritt said about three weeks ago, she noticed a slight dip in the road near her apartment.

Fast forward a week later and Merritt said that dip turned into a small hole that's been growing and cracking by the day.

"It's scary to see a hole forming, especially given how deep and how wide it is," she said.

5 On Your Side went to check it out.

As of Friday, the hole measures at least five feet deep in places and about three feet long.

"It does make you question how our infrastructure is set up and how deep this could get and how bad this could get," Merritt said.

She said she and her neighbors have all called University City to report the hole every day for at least the past 10 days.

But Merritt said all the city has done so far is put down three orange traffic cones on top of the hole to cover it up.

"The cones are not enough. It just makes it more difficult for people to drive past. It feels like they don't care. It feels like we're not heard. Our safety doesn't matter to them," she said.

All the while, cars and even city-owned trucks continue to drive right by it. In some cases, 5 On Your Side saw tires come dangerously close to the edge.

"People are squeezing by, especially when you have people parked on either side," Merritt said.

The fear for neighbors is someone or something soon might just fall right in.

"I'm afraid someone is going to drive by and fall in," Merritt said. "Their car is going to do a nosedive. They'll be injured."

Sinan Alpaslan, the director of public works for University City, got back to 5 On Your Side late Friday afternoon with a comment for this story.

He said he only learned of the cave-in on Wednesday of this week. He was not sure why days worth of complaints from neighbors weren't passed on to him sooner.

Alpaslan said on Thursday, the city notified the Metropolitan St. Louis Sewer District that there could be an issue with one of their lines.

In the meantime, he said the city put out the three traffic cones as a way to "secure" the area and alert people.

Crews were out in the area Friday to investigate the source of the issue underground.

University City said MSD would be solely responsible for any long-term solution and repairs made to the road.

"We'll keep an eye on it as long as they're working on it," Alpaslan said.