No one injured in West County Center shooting, person in custody

Multiple law enforcement agencies responded to the incident at the Des Peres mall. An argument between two groups of people resulted in a shot being fired. 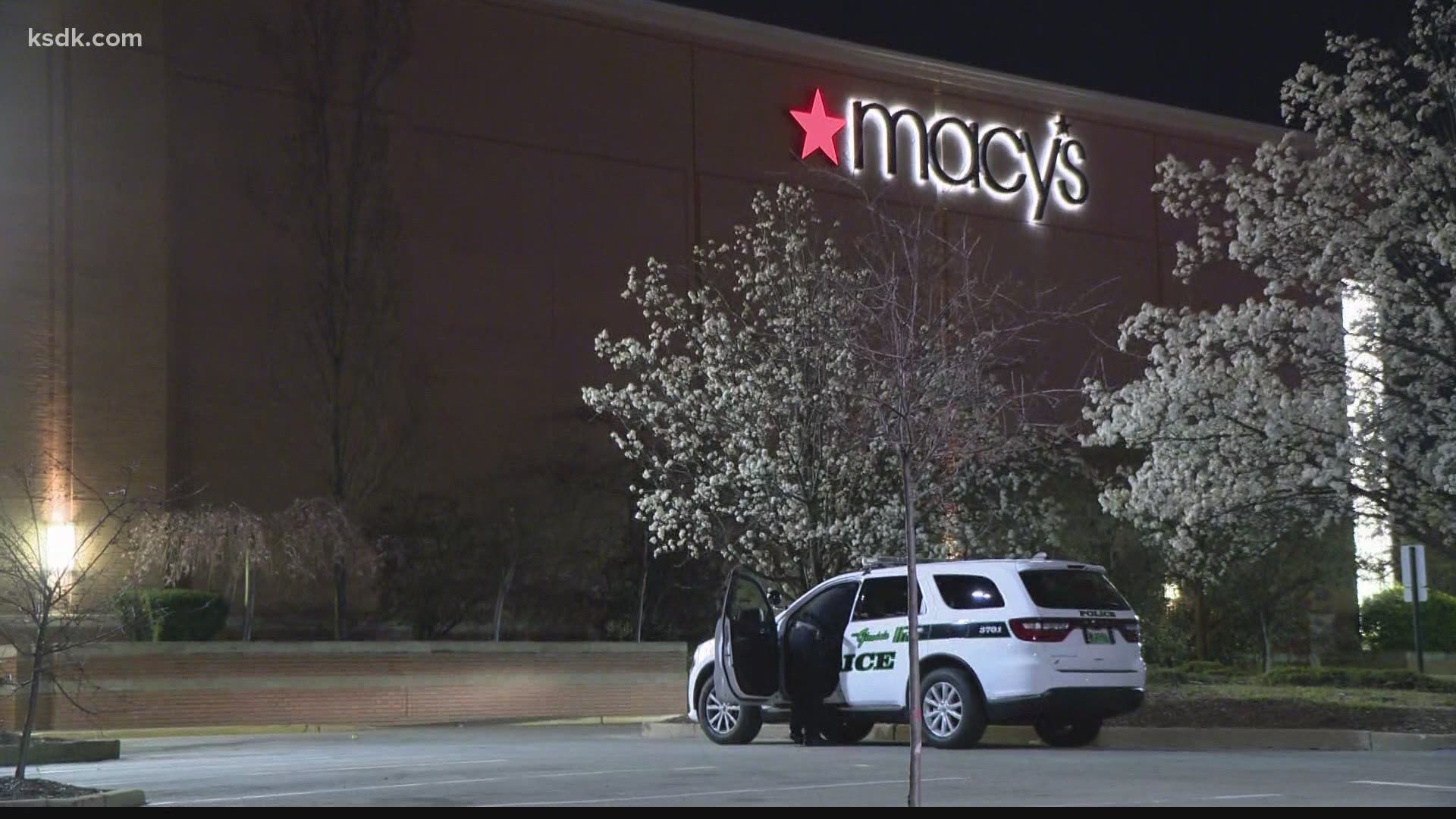 DES PERES, Mo. — No one was injured and a person is in custody after a shooting on the second floor of the West County Center mall in Des Peres Friday night.

Witnesses reported seeing several police cars race toward the mall just before 8 p.m. Police in St. Louis County and the city received a report of an active shooter inside the mall.

Des Peres Department of Public Safety said the shooting resulted from an argument between two groups of people who were familiar with one another. During the altercation, a shot was fired toward the floor by one of the individuals.

Both groups of subjects tried to flee the scene, and officers located and detained a person of interest, who is now in custody, Des Peres DPS said.

The case will be forwarded to the St. Louis County Prosecuting Attorney’s office to consider charges.

Officers recovered a firearm believed to have been used, along with a shell casing and projectile. Des Peres officials said they are attempting to identify other subjects involved in the incident.

Eric Hall with Des Peres DPS said at 8:25 p.m., officers conducted a sweep of the mall but that there did not appear to be an immediate danger.

Two employees in the mall said shoppers ran into their stores after hearing the gunshot.

Another employee said shoppers ran inside her clothing store and hid inside, blocking the front entrance with filing cabinets. Other shoppers were shown on social media gathering in restrooms.

5 On Your Side will continue to bring you the latest on this incident.