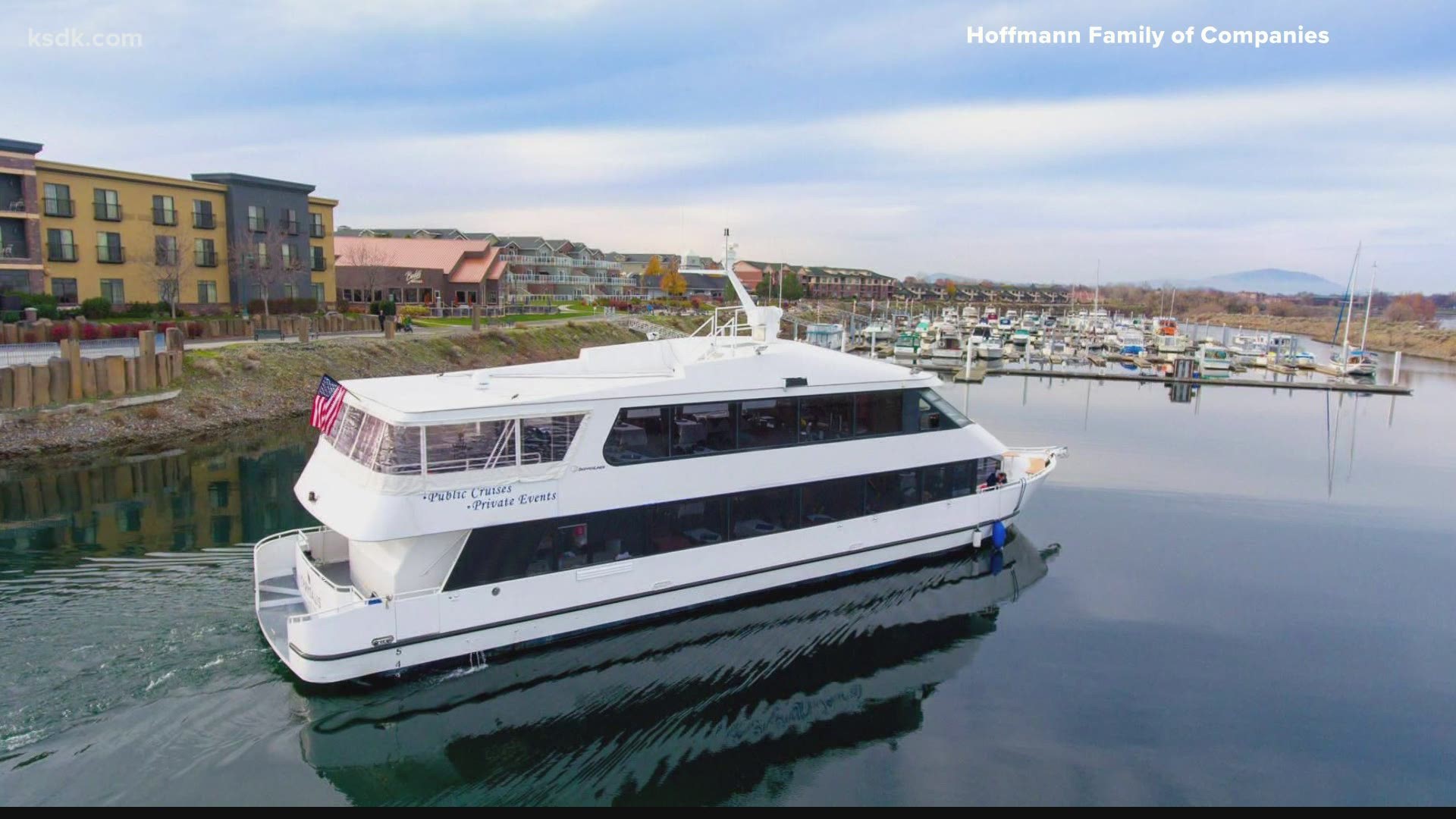 AUGUSTA, Mo. — The plan to turn Augusta, Missouri, into a national wine destination will get another attraction this fall: luxury yacht tours.

Hoffmann Family of Companies — the company rapidly expanding its property portfolio in the region — said their newest addition is the Miss Augusta, a 96-foot luxury yacht that will offer sightseeing tours and private event space.

The boat will launch from an expanded dock at the Klondike Park boat ramp. The expanded dock project was approved by St. Charles County Monday night. Under the plan, the county will retain ownership of the ramp and Hoffmann will pay a per-person fee.

Hoffmann Family of Companies is based in Naples, Florida, but has deep ties to the St. Louis area. Hoffmann and his wife, Jerri, are natives of Washington, Missouri.

The company has been making acquisitions almost every week since January when it announced the massive plan to invest up to $100 million in the area. Hoffmann said he believes the company can turn the region into a rival to some of the nation's most prestigious wine regions, including Napa Valley.

Hoffmann Family of Companies signed a letter of intent to buy the former Emmaus Homes Campus and acreage in Marthasville, which is about 13 miles from Augusta.

The Emmaus Home Complex started as a seminary for the German Evangelical Church, which dates back to 1859. Four of the five original buildings are still on the property: Farm House, Bake Oven, Friedensbote Publishing House and the dormitory.

The acquisition in Marthasville brings the company’s total to five wineries and seven vineyards over nearly 900 acres in the area. The overall plan includes a hotel, a nine-hole par-three golf course, a five-star restaurant and other attractions.

The company is also familiar with water operations. They run nine boats and 11 other port or dock operations around the country.