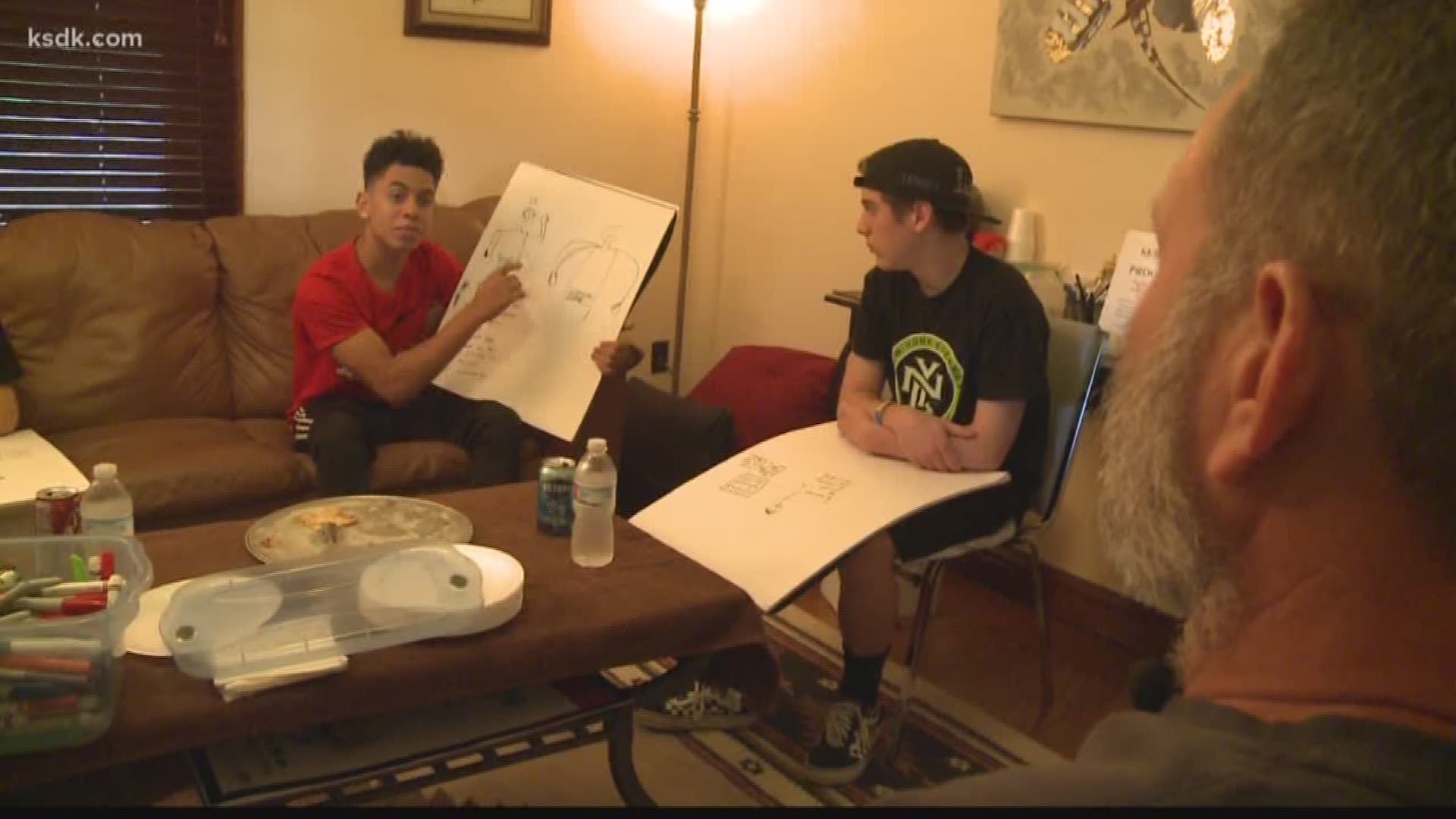 "My parents do not have a really good marriage," said 14 year old Jordan Harris. "They'll probably be getting a divorce soon, and it's definitely taking a toll on me. It's putting me into like, a depression state."

Whether it's an impending divorce or a father who simply isn't involved, there's never been a more challenging time for adolescent boys trying to figure out how to be the best men they can.

"My dad, we’ve never really been close," said 16-year-old Alex Watkins. "He was very abusive when I was younger."

"As a child, my father was alcoholic, absent, violent in the home," said Lessor, who remembers sleeping on the floorboard of the family car to avoid his father. "He was a pretty mean guy. We saw a lot of damage, pretty hurtful."

Dr. Lessor wants to reverse the trend of adolescent boys who are struggling emotionally and falling behind in school. After years of research, Lessor created The Quest Project to help boys and their families navigate the transition from boyhood to manhood.

The Quest Project is an intense 10-week group therapy program that helps troubled adolescent boys overcome their challenges so they can learn to be responsible men. The program equips boys with tools to manage their emotions, fight teen depression, forgive family members, and take responsibility for their own actions.

Dr. Lessor believes there's a father crisis in this country. He said one in three boys are growing up with a positive role model in their lives.

"I had a conversation with a dad today and he's a CEO of a company and he said, 'you know, I just don't have the time to spend the three to five hours a week that a boy needs', said Lessor. "And I said 'that's a problem.' I said,   'you're not reaching your son because you're not giving him what he needs.'"

When struggling boys don't get help, it can lead to trouble.

"Getting D's and F's, dropping out of school," said Lessor. "Seventy-five percent of all crime in America is committed by men that were fatherless as children."

The group therapy component of The Quest Project appeals to Alex Watkins.

"I’ve dealt with a lot of suicide and depression because I felt so alone. Once you realize that there are other people that will help you, you can put that away," said Watkins. "We can all help each other with our stories. We talk to each other and we can relate to each other, get to know we’re not alone."

Sometimes that realization can pave the way to a breakthrough.

"I'm going to get through the depression," said Jordan Harris. "I'm going to fight for it. Dr. Clay gave me a lot of inspiration to figure it out."

For more information about The Quest Project, visit www.thequestproject.com or call 314-640-1553.