Review | Poised to be something different, 'Black and Blue' is sadly a misfire

You don't have to think hard to wonder how this film ends up.

ST. LOUIS — Some films aim to please and others aspire to be something more while retaining the idea of entertainment. Far too often, a movie collapses in between the goal posts.

Deon Taylor's new film, "Black and Blue," aspired to be something more than the run-of-the-mill dirty cop thriller, but in the end, that's exactly what it was. Does that make it unwatchable? Not at all. Did it leave me with a moderate level of disappointment? Yes.

The plot isn't hard to understand and may even sound familiar. A rookie cop, Alicia West (the magnetic Naomie Harris), hasn't even been on the police force in New Orleans for a month before she witnesses her first "dirty cop drug dealer slaying," which sets off a chase across the city for the body cam footage that West has in her possession.

Hot on her tail is the vindictive Terry Malone (Frank Grillo), his partner (Beau Knapp), and local crime lord, Darius (Mike Colter, Netflix's "Luke Cage"). That and most of the local neighborhood residents who hate the police for abandoning calls from their area. So West has it work cut out for her, which is find a way to the precinct to upload the footage and nail Malone before he gets to her.

What could have been a fleeting and rather enjoyable cat and mouse chase becomes heavy-handed due to Taylor's initial attempts to make this film more than it seems. He is trying to spread the word, and it's a righteous one, about the African American communities, African American cops, and female police officers. He wants to paint a morally corrupt picture of our current political climate within the walls of an action film, and it doesn't come together.

Add in Tyrese Gibson's local shop owner who comes to West's aid, and the entire table is set up for predictable pegs to fall into place. You don't have to think hard to wonder how this film ends up.

Among the cast, Harris does her best as a cop torn between her view of a neighborhood she grew up in and the one she sees today. The Oscar-nominated actress easily slips into the role of an outspoken yet quietly strong independent woman carrying doubts. Unfortunately, Harris never gets the opportunity to flesh out the character.

No one does here really. Grillo, who is one of the most authentic men of action working in Hollywood today, struggles to make anything out of Malone's malevolence. He's played two antagonists this year in "Donnybrook" and "Into the Ashes," and they had twice as much depth and direction than this simplistic narc.

Colter broods, but doesn't get to do much except look good in a tank top and throw a punch. Gibson is a capable presence that can bring levity to a role like this, but we never really understand his connection to West or his need to put his life on the line. It's all rushed to initiate the meat of the plot.

Knapp and Reid Scott are mere human action figures, getting little time or room to create something out of their badges that carry different size stains on them.

Taylor's direction, along with Dante Spinotti's cinematography, brings a startling complexity to a handful of scenes, most notably the sequence where West witnesses the murder and is shoot, falling through a weakened floor to a lower level. The gun shots come off like Michael Mann's "Heat," (which Spinotti also shot), but it's simply not enough.

Peter A. Dowling's script is elementary, an old looking manual on how to compose a hard-boiled detective replica that feels like the lesser brother of Antoine Fuqua's "Training Day." The dialogue doesn't zing, and the characters recite it like they just got the script yesterday. Dowling is also writing an animated "Transformers" series this year.

The entire movie lacks that much-needed lightning to make it all come together. It's struggling with its identity, unsure of whether it should sprint down the easy-breezy action adventure route or the more dramatic heavy-handed highway. In the end, it takes the former, but doesn't have enough flash to make it stand out.

It's a standard issue thriller instead of something more. Like Taylor's other film this year, "The Intruder," it's just not memorable enough.

Believe me, not recommending a Grillo flick feels weird, because everything he touches lately turns into something worth catching.

Poised to be something different, "Black and Blue" is sadly a misfire. It's not a waste of time, but I couldn't ask you to pay $12 to see it. 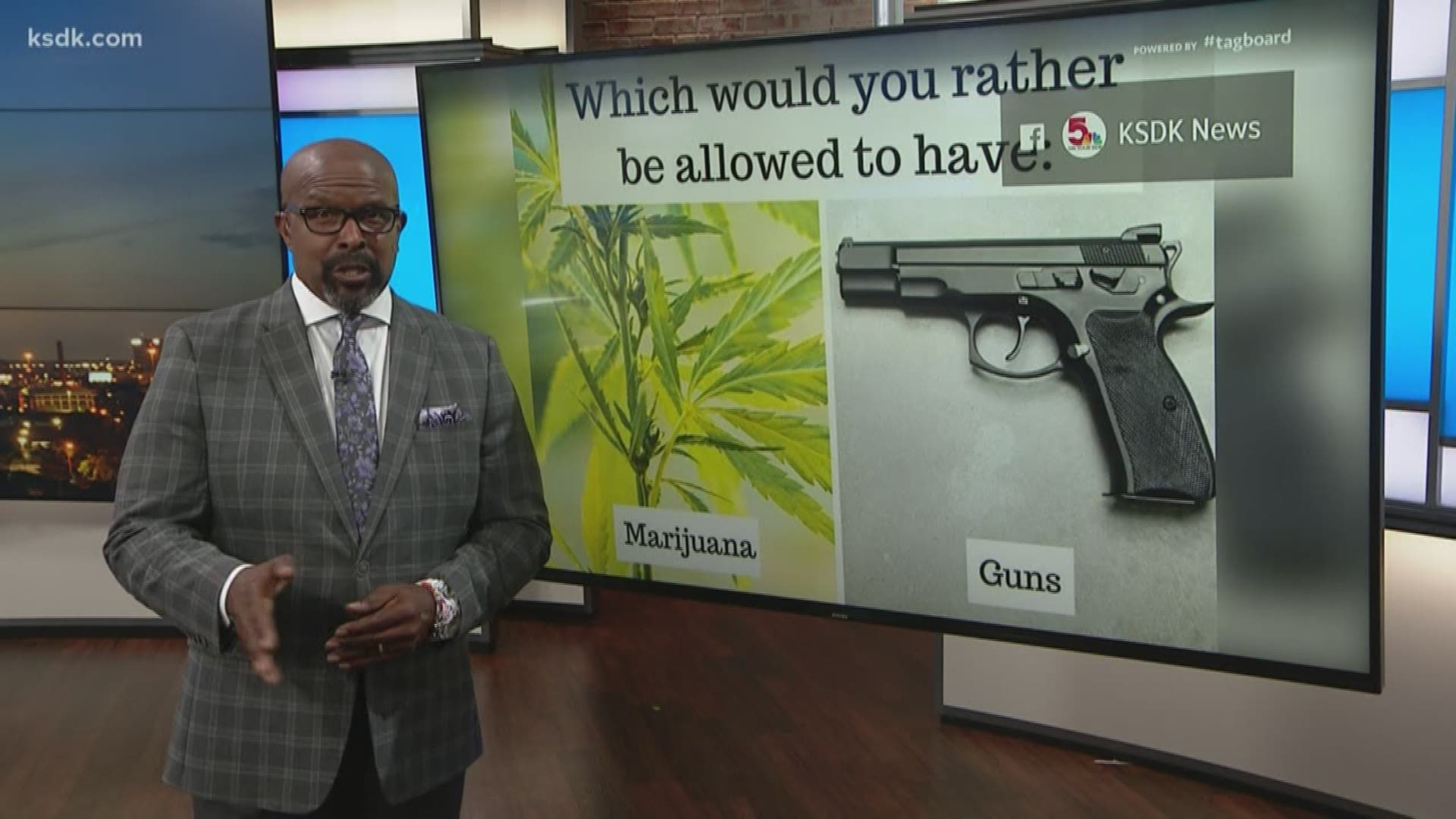 Medical marijuana or your guns: Missourians may have to choose