Catching up with the Tkachuks: St. Louis' all-star hockey family is back together under one roof with the season on pause

The Tkachuks are social distancing at home just like the rest of us... Well, alright. Maybe we all don't have three NHL all-stars in the house like they do 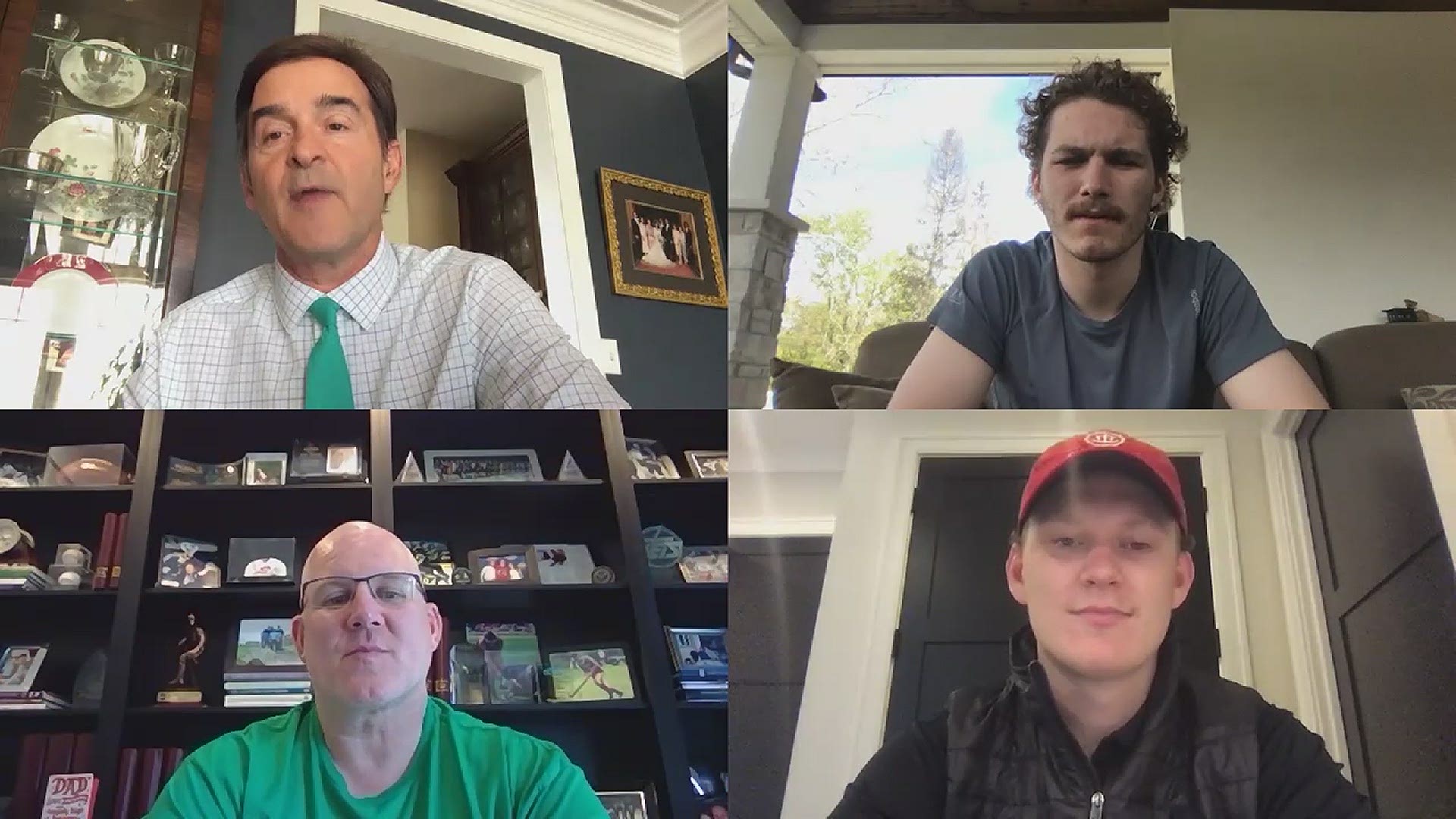 ST. LOUIS — There are a lot of families in St. Louis and around the country that have ended up spending quite a bit of time together due to the ongoing COVID-19 pandemic and stay-at-home orders.

However, one house in St. Louis has considerably more hockey talent than the rest of our houses.

St. Louis hockey's star family, the Tkachuks, are all back under one roof during the coronarvirus pandemic, with the NHL season on pause.

5 On Your Side sports director Frank Cusumano caught up with Blues legend Keith, and all-star sons Matthew (Calgary) and Brady (Ottawa) via Zoom to see how the boys were staying in shape and sharing some classic memories.

Without access to their NHL facilities, the boys have had to get creative when it comes to staying in shape and have even taken their talents out to the basketball court.

Watch: Catching up with the Tkachuks

"We have some tough mitts when it comes to the basketball court," Matthew said.

"I think everything we do gets physical. We like to bend the rules a little bit," Brady said.

"We have a good thing going where we're waking up most days around 11 or noon, later than the season, but we've been doing a good job of working out in the mornings and getting it out of the way," Matthew said.

"We just got a shipment of roller blades, so I think that's going to be the next step in our workouts," Brady said.

Obviously the two Tkachuk boys are off to fast starts in their careers, as both were first-time all-stars this past season, but St. Louis is wondering... have they ever thought about donning the Blue note like their dad?

Credit: AP
St. Louis Blues' Keith Tkachuk, top, watches a video honoring his career alongside his children, from left to right, Matthew, 12, Braeden, 10, and Taryn, 7, and wife Chantal during a ceremony following an NHL hockey game against the Anaheim Ducks Friday, April 9, 2010, in St. Louis. The game was the last for Tkachuk who has announced his retirement after 19 seasons in the league. (AP Photo/Jeff Roberson)

Keith jumped in to take that question on behalf of Matthew and Brady.

"There's something to it... I remember when I was growing up, I grew up in Boston and I wanted to play for the Bruins at some point... These guys, this is where they grew up. They were born in Scottsdale, but we lived here when they were three and a year and a half, so this is their home," Keith said. "They developed a love for the city of St. Louis, so I think at some point, I'm a little selfish, and I know Chantal is a little selfish, and we'd love to have them come back here at some point. Whether they're 28 or 32 or 34 just to play a year. They're a part of the history here, but at the same time they're in great places where they're both playing a lot and a big part of their hockey clubs."

Keith also said the nerves he feels watching his kids don't compare to when he played himself.

"It's hard. When you're a player you just get up and play and don't worry about anything. But when it's your children, no matter how old they are you get nervous. It's tough," Keith said. "You want to see them succeed and it doesn't always happen. When things don't go their way you feel for them and want to be there to give them a hug... I sometimes lose sleep when I know it's a big game."

You can watch the entire interview in the video player at the top of this story.