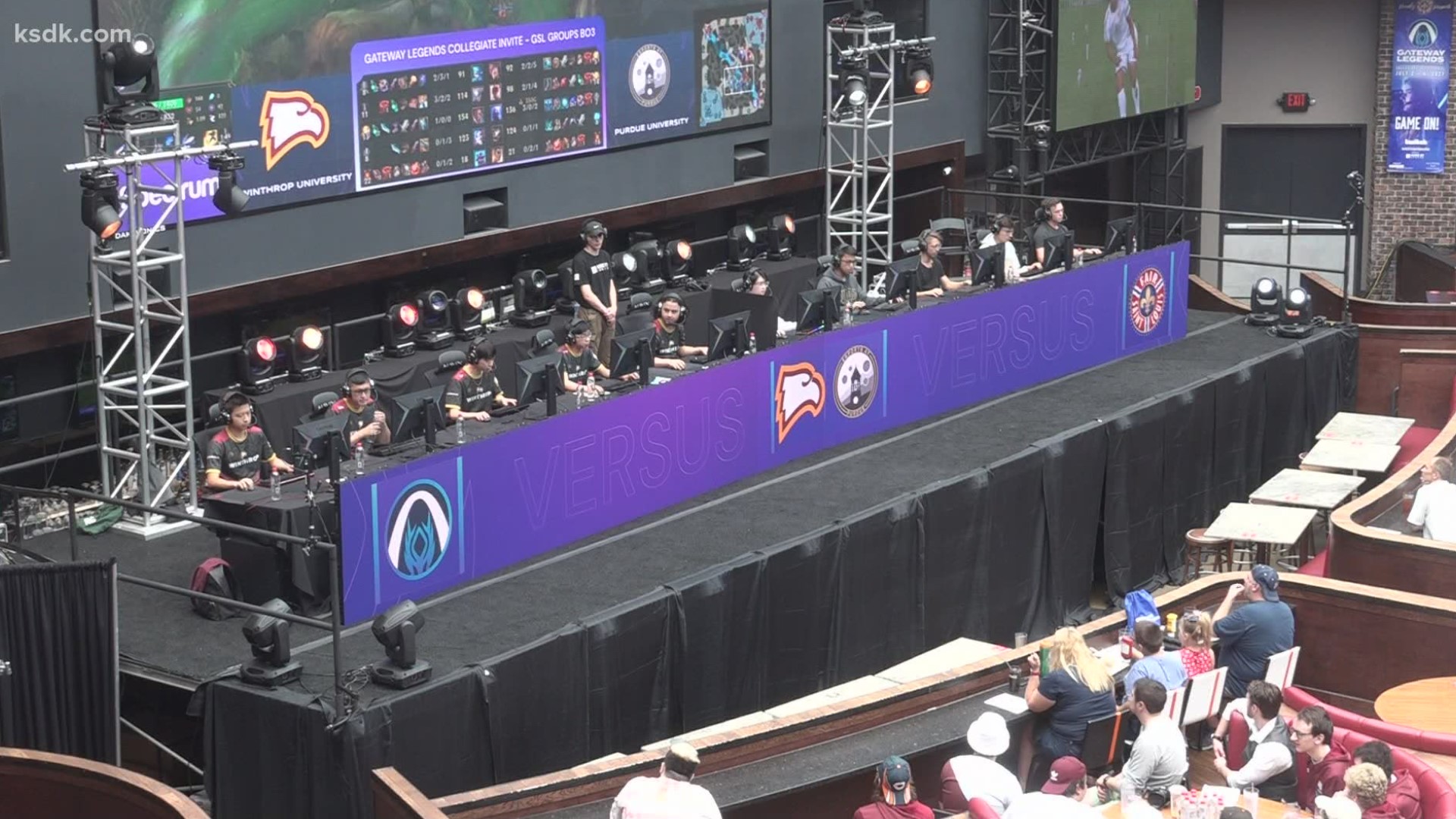 Sixteen of the best Collegiate Esports teams from across North America are competing downtown this weekend. Organizers said there’s a March Madness feel in the air.

“Everyone talks trash online,” said Daniel Clerke, Maryville University Esports coach. “So this is where we get to see who is made of gold on land.”

Maryville is a national powerhouse. They hope to take home the trophy and $10,000 cash prize.

“It's massive, it's great for St. Louis, it's great for esports in general,” said Nicholas Roach, SLU Esports coach. His team is eager to take the crown from Maryville as the best team in town at the first in-person tournament since the pandemic began.

“A lot of people have a big stigma on video games itself,” said Nichola Chu, SLU Esports team director and founder. ”A lot of these teams are trying to get away from that and have people meet in person, meet up as a community. It's about making a wholistic person and compete on the highest level.”

“We wanted to attract a new generation of fairgoers,” said David Estes, Fair St. Louis organizer. “We wanted to do something technology- and science-based. We know St. Louis is a great sports town.”

The competition is even attracting international eyes. A director at Twitch — the platform that streams this tournament and millions of games through the year — was in the house.

“All the skills that they are learning here form production to broadcasting to all of the things going on behind the scenes,” said Mark "Garvey" Candella, Director of Student and Education Programs at Twitch. “These are really valuable and transferable skills.”

The tournament is being streamed live on Twitch all weekend. You can watch in person for free at Ball Park Village.