"Are we one of the top 35-40 teams in America? Absolutely. That's not what the NCAA Tournament is about though," Ford said 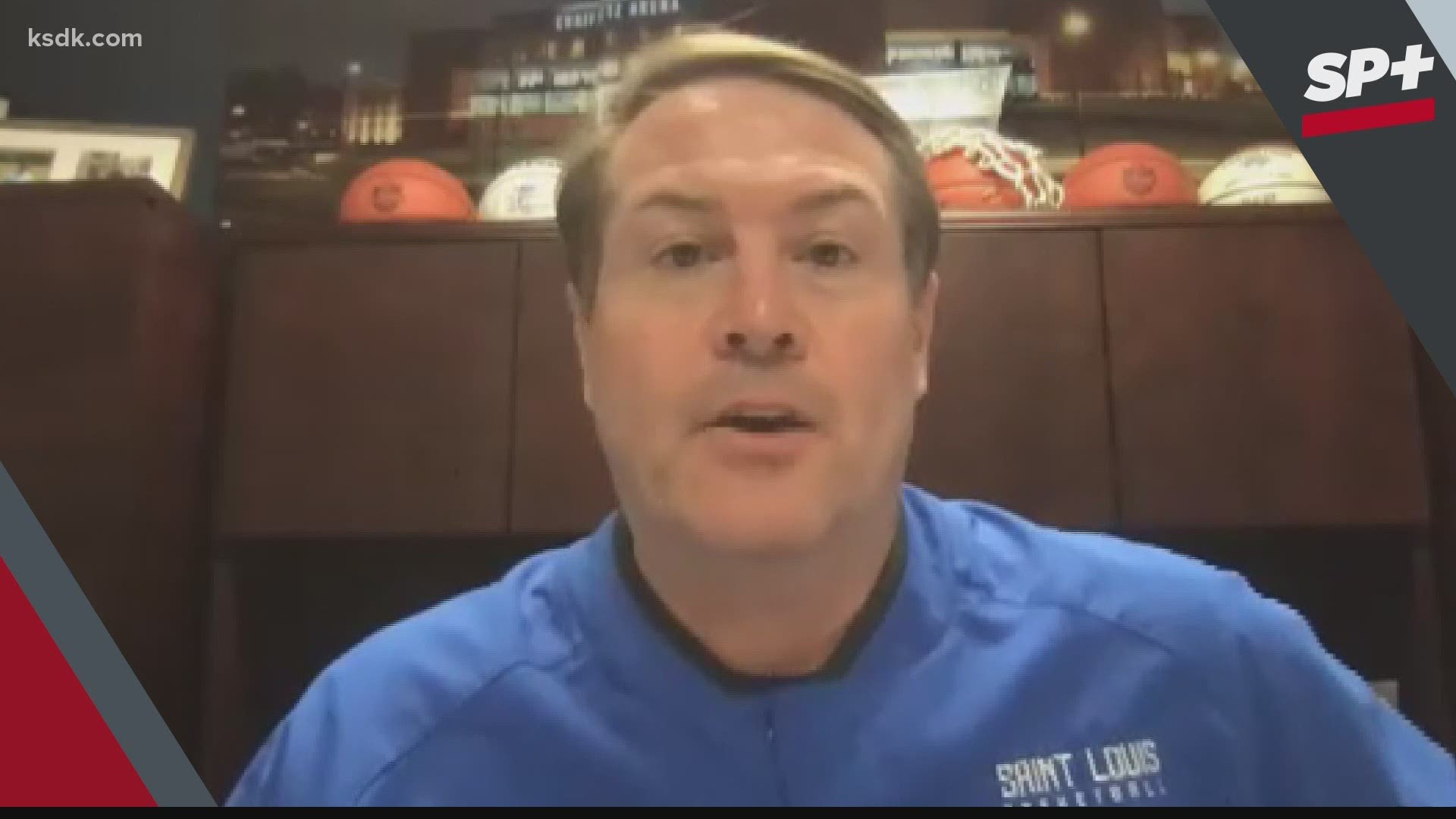 ST. LOUIS — In the end, it just wasn't enough for the Saint Louis University Billikens in 2021.

After playing just 20 games and going 14-6 after a monthlong COVID pause, the Billikens will have to settle for a bid in the National Invitational Tournament(NIT) in Texas, instead of the NCAA Tournament in Indiana.

SLU was one of the first four teams left out of the NCAA Tournament and is currently pegged to be the third replacement team if teams currently in the field are forced to drop out due to COVID-related reasons.

The Billikens' case for the big dance was likely hampered by teams like Georgetown and Oregon State upsetting in conference tournaments to get automatic bids.

SLU head coach Travis Ford thinks his team's body of work was good enough to deserve a spot in the NCAA Tournament, as he told 5 On Your Side's Frank Cusumano on Sports Plus Sunday night.

"If you still go by the numbers we should have been in. There's no question," Ford said. "One of the messages the NCAA committee sent is they don't care about how hard you schedule. That used to be a big thing. But there's a couple teams that got in that scheduled no one nonconference."

Of course, the Billikens' long COVID pause played a substantial role in their resume not being as strong as it could have been, with only 20 games played and a season full of adversity.

"I'm really proud of our team, the way they handled this whole situation, this whole year. I'm really proud of their effort and attitude and how they've gotten through it," Ford said. "Would we all have liked to have been in the NCAA Tournament? Yes. Are we one of the top 35-40 teams in America? Absolutely. That's not what the NCAA Tournament is about though. They don't take the 68 best teams. We've figured that out."

While SLU is technically just a few phone calls away from being called on as a replacement, they're looking forward to the NIT.

The Billikens earned a No. 1 seed in the NIT and will face Mississippi State at 4 p.m. on Saturday, March 20 on ESPN.

"I hope the Billiken fans are proud of our team and root us on. It's been a long season, and there's good days ahead," Ford said.