Commentary | Ryan O'Reilly was meant to be captain of the St. Louis Blues

His play on the ice and leadership off of it embody what you want in a captain. With Alex Pietrangelo off to Vegas, the 'C' should be O'Reilly's to claim 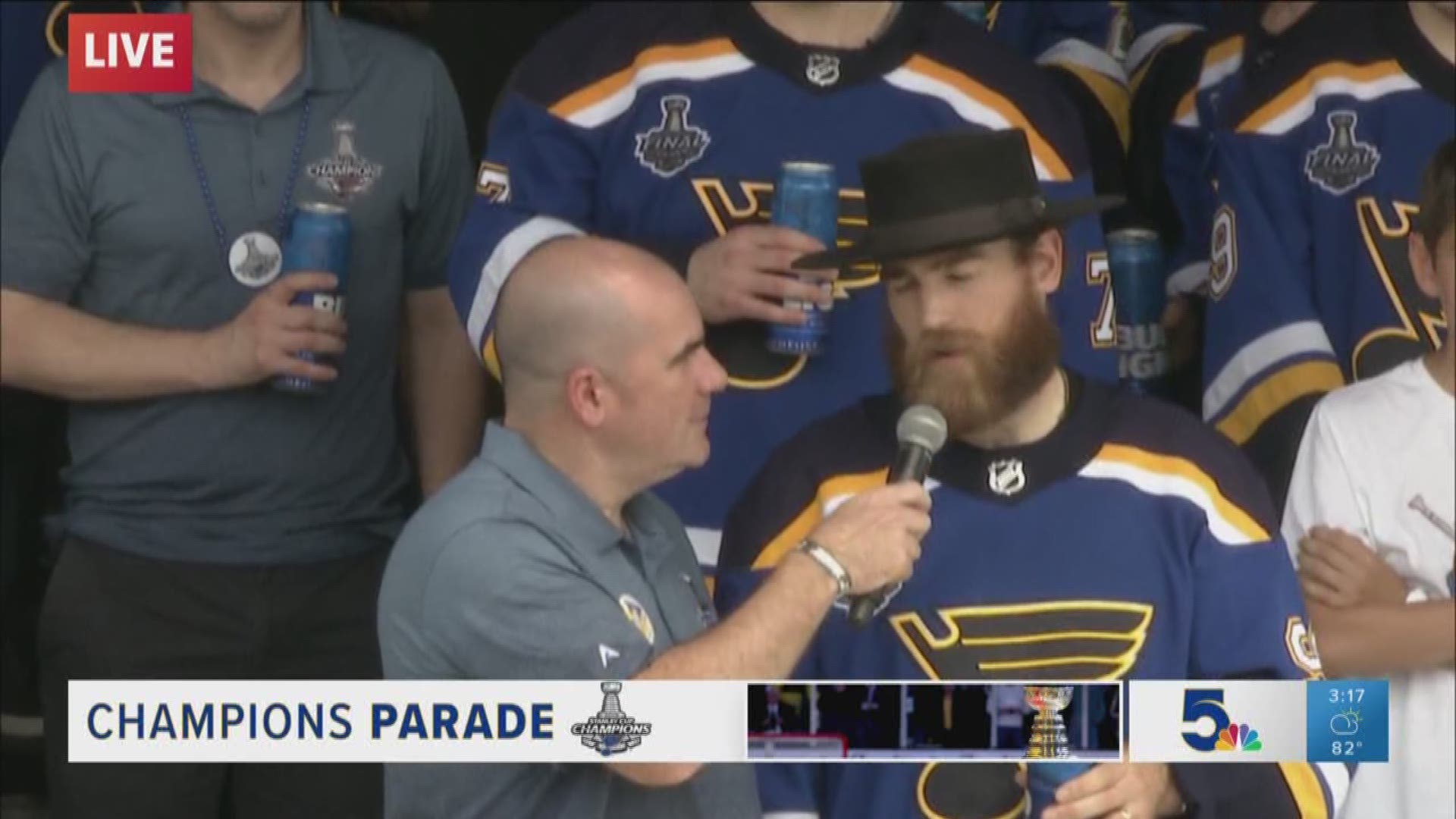 ST. LOUIS — The Blues have had to make a lot of hard decisions over the past few weeks, and there will probably be some more to come. But there's one looming decision that should take about two seconds to answer.

St. Louis is now a team without a captain, after Alex Pietrangelo signed a 7-year deal with the Vegas Golden Knights earlier this week.

Pietrangelo went from first round pick, to captain and eventually Stanley Cup champion. His journey with the Blues was a fun one, and he eventually got his team to that ultimate goal.

Now, it's time for someone else to lead the charge, and the decision should be an easy one.

Ryan O'Reilly has already proven he should be the captain of the St. Louis Blues going forward, and hopefully for a long time to come.

The Blues wouldn't have won the Stanley Cup without Pietrangelo's play on the ice, and likely his leadership off of it. It takes some tough locker room resolve to battle back from the start the 2018-2019 Blues had. O'Reilly has shown he has the same skillset in both arenas to excel as captain.

Even though a captain isn't necessarily the most gifted player on the ice, O'Reilly usually is. He's supremely talented as one of the best faceoff men in hockey, a dominant two-way forward and Selke winner and he just always seems to be in the right place at the right time. I'm not going to masquerade as a hockey guru or anything, but O'Reilly is always in the middle of the big play, and has off the charts hockey sense. It's easy to see from watching him over the course of a game.

But it's off the ice where O'Reilly proves his possible proficiency as a captain.

He's respected in the locker room and by the coaching staff, he's one of the best interviewees I've ever encountered, he gets involved in the community and he's honest.

He also demands the best from himself and his teammates. It's old news by now, but the fact he often holds his own "extra" practices after the Blues are done with their original practice may be all you need to know about why he's the guy for the job.

Alexander Steen is 35 and likely on his way out the door. Jaden Schwartz is entering the final year of his deal and I'm not sure he's ever given off "captain" vibes. Colton Parayko is interesting, but is still just 26 and probably needs to grow a bit as a vocal leader. Vladimir Tarasenko's injury history throws his candidacy in question. Brayden Schenn is an interesting option since he's locked up for such a long time, but it seems like O'Reilly has a greater impact in the locker room.

O'Reilly is under contract for three seasons with the Blues, which would make him 32 when it's up, and he'll likely still in the prime of his career. The Blues would be wise to lock him in for a long-term deal before 2023 rolls around.

The Blues have had some legendary captains in their history. From Barclay Plager and Brian Sutter, to Brett Hull and David Backes, the team has found guys that embody the "blue note" and really embrace the role.

O'Reilly seems to fit that mold. He's a star on and off the ice, the city loves him and he loves the city and he projects as a guy who could lead the franchise to another Stanley Cup in the near future.

St. Louis kids should start getting ready to put those "captain O'Reilly" sweaters on their 2020 Christmas lists before too long. He's the right man for the honor and responsibility.