The Mascoutah Indians are off to an 11-1 start to their 2021 season. But they're playing on without the man who was supposed to lead them 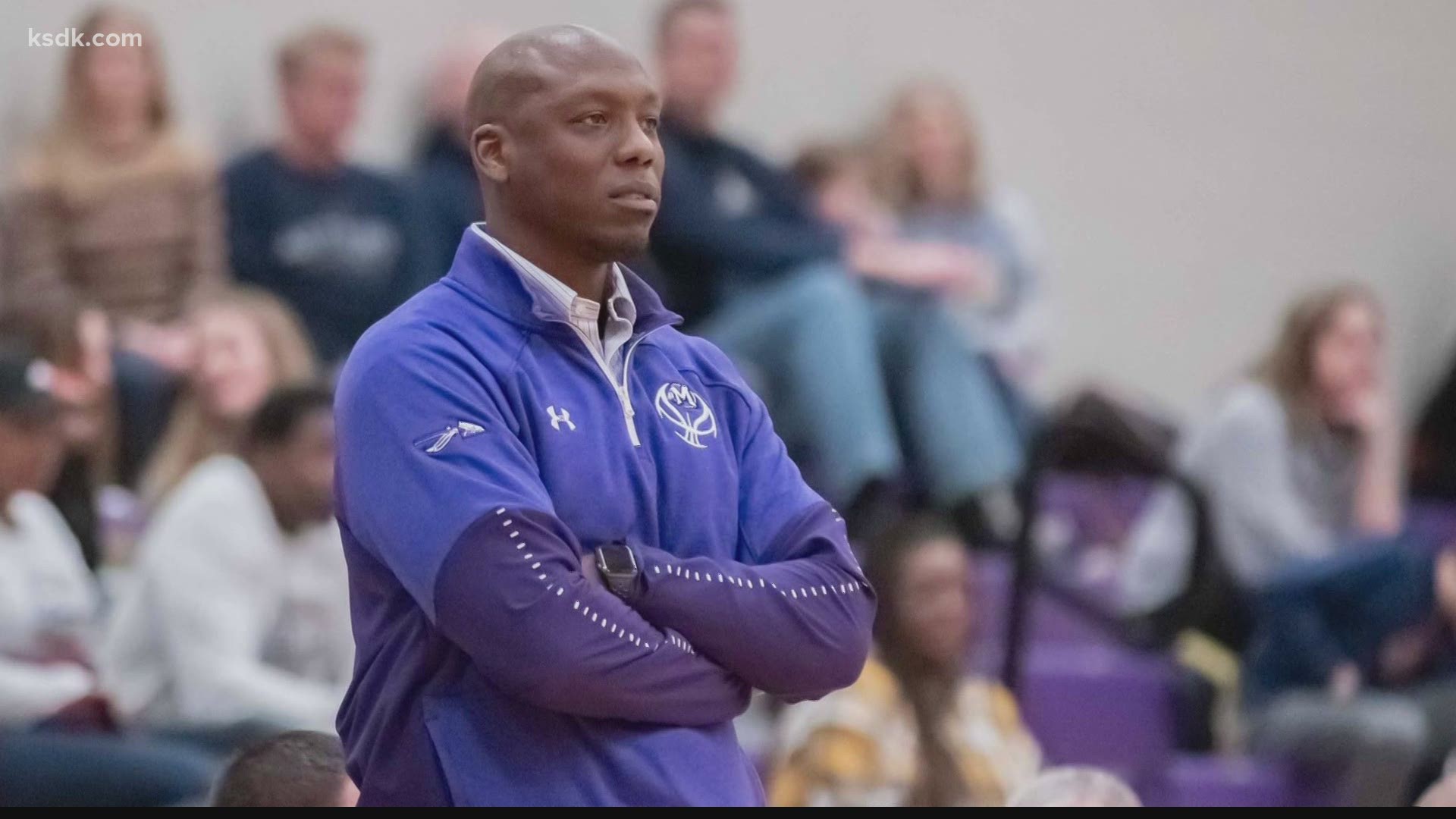 MASCOUTAH, Ill. — In a gym nowhere near full capacity, the Mascoutah Indians have still found a way to bring the crowd to its feet with their thunderous applause.

"The kids man, they play their butts off," head coach Cole Schomaker said.

But amid their success, the Indians can't help but notice, there's just one missing piece on their historic run.

Described as a quiet but inspirational leader, Love helped Mascoutah advance to their first Illinois high school sweet 16 since 1972 a couple of years ago.

"He had the type of demeanor and the type of way about him that you didn't want to let him down and he didn't have to say a whole lot, he just inspired you," said Romar reflecting on Love's time as a Billiken.

With the city behind them, the Indians were ready to reach new heights. That's when COVID-19 went on a full-court press. One the Indians couldn't break.

"Being in the house can really take its toll on you because you just in the house thinking about stuff," senior Cedric Rhodes said.

Knowing coach Love wanted them to stay mentally and physically sharp, Mascoutah kept on pushing during the pandemic. But on June 23, 2020, there was news no one on the team saw coming.

"I had just woke up and I got a phone call and I couldn't believe my coach was gone," said Rhodes reflecting on that day.

"It really hit me couple days after, maybe a week that I was like 'okay, now I got to learn how to persevere through all of this'," said junior Justin King.

Seeing how Love was more than a coach, his death left many speechless.

"Even though every life is precious, there's some people that when we lose them, you say, 'No, not him'," said Romar.

In a community and town that preaches one team, one tribe, one family, the Indians' vision became clear and their hearts were filled with purpose. They knew they had to play on.

"One of our sayings is when adversity hits, we get stronger," said Coach Schomaker.

United through Love and basketball, Mascoutah turned one of their darkest days into a united front.

"We reached out to each other to make sure we're going to get through this," said King. "We're all in this together and that's something coach Love would want as well."

Into a season worth remembering and celebrating. Because although coach Love is not in the huddle with them, they still have a home court to defend.

And his message to his players is still being received loud and clear.

"Keep going, you gotta keep going in everything we do," said Rhodes. "Losing coach Love was one of the things that kept us going and kept us together."