Jose Martinez left his mark on the Cardinals, and their fans

He might be heading to Tampa now, but Jose Martinez's love for life, baseball and the fans earned him a special place in Cardinals nation. 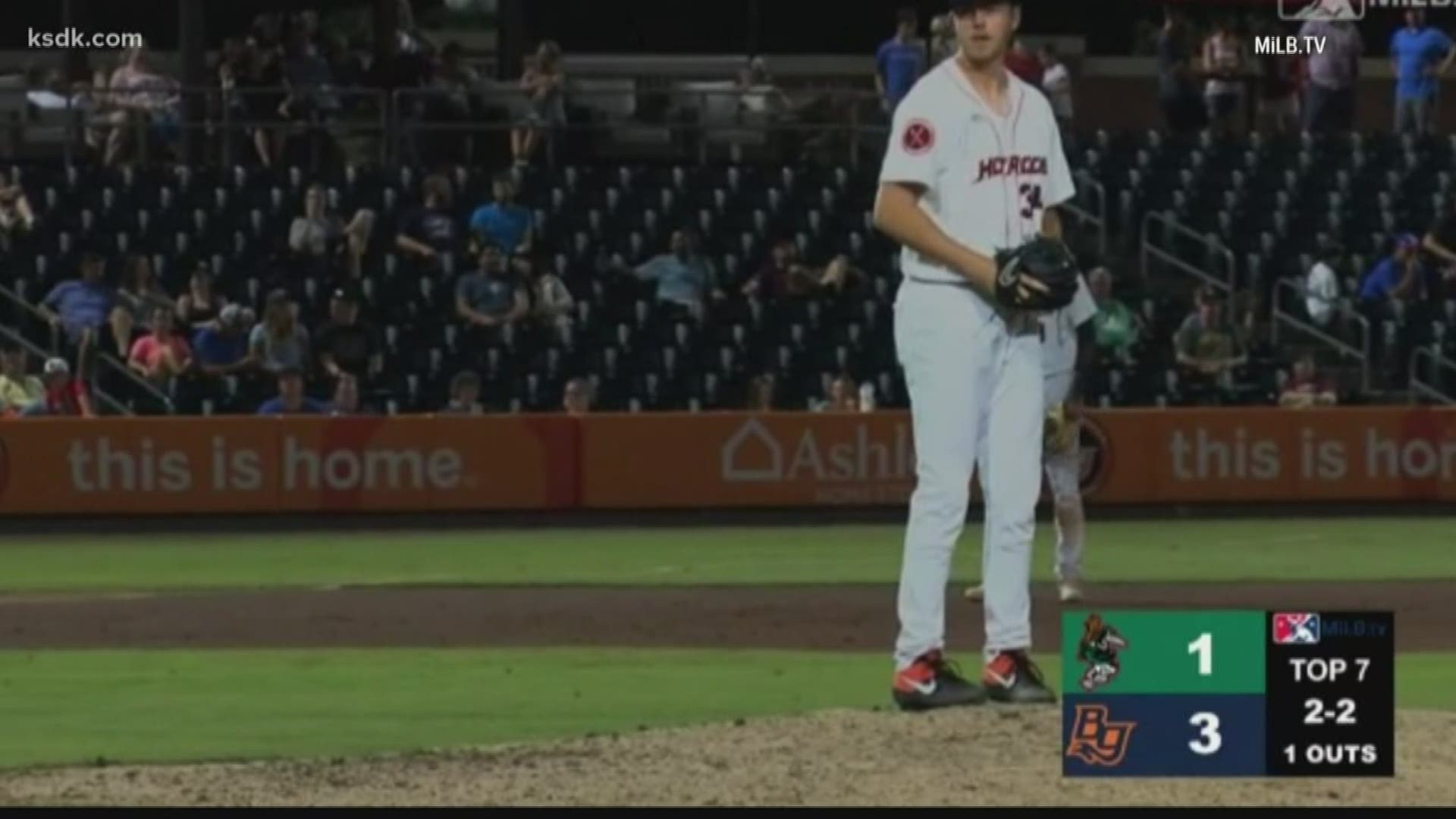 ST. LOUIS — Every hot stove season baseball fans are reminded that this game is indeed, a business. Just about no matter who they are, any player is just a phone call away from not playing on your favorite team anymore.

We'll be analyzing the Cardinals' recent trade with Tampa for pitching prospect Matthew Liberatore for the next few days, weeks, months and heck maybe even years. (Especially if it leads to an even bigger move...)

But while we're analyzing the pros and cons of the deal for the team on the field, it's good to remember there are actual people behind those moves. Jose Martinez was one of those people, and St. Louis will no doubt be sad to see him go.

Martinez's story with the Cardinals is one of persistence and positivity.

He played in nearly 900 minor league games before finally getting a chance in the majors in 2016, and he made the most of it.

There were a lot of times (including in the 2019 NLCS) Martinez was legitimately the team's best offensive performer. In almost 400 games for the Cardinals Martinez hit a solid .298 with 57 doubles and an OPS of .821.

It didn't matter what situation Mike Matheny or Mike Shildt would throw at him, all he did was hit. And he did it all with a smile on his face.

Watch: Jose Martinez talks about making the playoffs for the first time in his career

Martinez's infectious personality will no doubt be what Cardinals fans miss most about their lanky, crazy-haired, DJ'ing, coffee supplying friend. Martinez was one of the most important pieces in that Cardinals locker room, helping to keep the mood light and reminding every that after all, it really is just a game.

In spring training of 2019, 5 On Your Side Sports Director Frank Cusumano asked Martinez if he had ever had a bad day in his life. Martinez answered in the only way he knew how.

"Whatever happens, it's life," Martinez said. "You go up and down and side to side, but as long as YOU know where YOU are, I think that's the most important thing."

After waiting so long to get a chance in the big leagues, Martinez's appreciation for being a professional athlete was refreshing, and endeared him to Cardinals nation.

Martinez is on his way to Tampa now, where he'll likely garner the consistent playing time he wasn't getting in St. Louis, but one thing is for sure. Whether he plays in one game or 162 games, he'll be wearing a big old grin the entire time.

RELATED: Could the Matt Liberatore trade lead to an Arenado trade? 5 things to know about the new Cardinals prospect