St. Louis shows their appreciation by giving back to a firefighter and police officer on Monday and Wednesday afternoon. 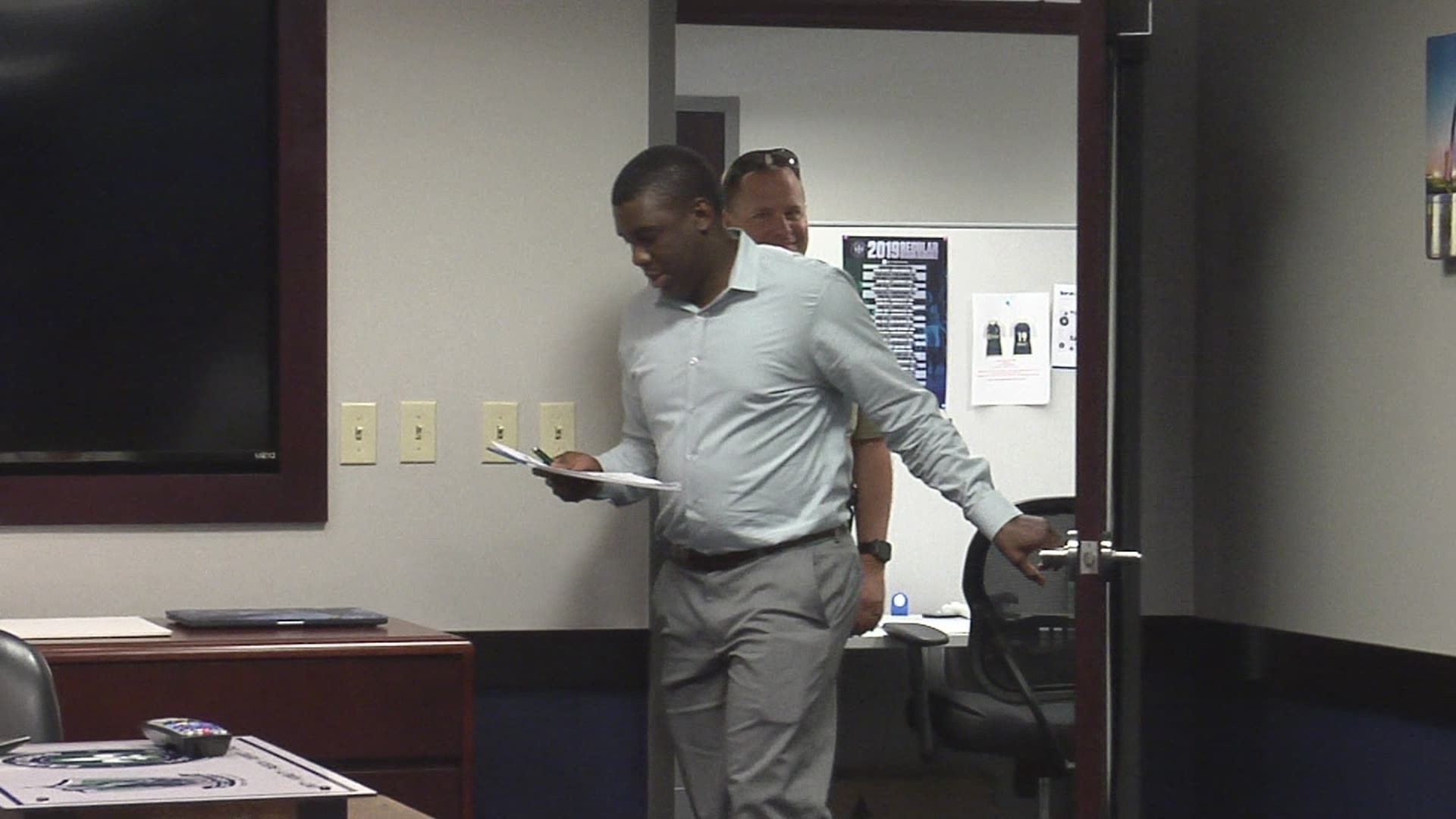 ST. LOUIS — Academy Sports + Outdoors partnered with St. Louis FC to donate $2,000 to local first responders on Monday, May 20 and Wednesday, May 22.

The two organizations presented a $1,000 gift card to one firefighter on Monday and another to one police officer on Wednesday.

Both first responders are volunteers for the St. Louis FC during the season and neither of them had any idea they were receiving this gift.

The first responders were told to come to Toyota Stadium to fill out standard paperwork as they do every year for their volunteer work.

The first surprise happened on Monday, May 20 with Scott Handlan, a Firefighter and EMT with 18 years of service in the community.

The second surprise was on Wednesday, May 22 with police officer Chad Lewis who has 21 years of service and has volunteered at every St. Louis FC home soccer game for the last five years.

In addition to the gift card donation, Academy Sports + Outdoors is offering 10% off any purchases for all first responders, veterans and active military members in the St. Louis area from now through Memorial Day at any location.

Both St. Louis FC and Academy Sports came up with the idea to show their gratitude towards first responders for keeping our community safe.

The team plays their home games at Toyota Stadium inside the World Wide Technology Soccer Park in Fenton.

USLC is sanctioned by the United States Soccer Federation (U.S. Soccer) as a Division II Professional League which is one level under the Major League Soccer (Division I) ladder.

For more information on Academy Sports + Outdoors, visit their website.

You can also visit the St. Louis FC website for more details on the team and for their game schedule.

Inside the bar that started it all: 'PLAY Gloria'