“Guys reached out to me and said, ‘Dude you can’t retire,’” Wainwright said. “I appreciate that so much. It made me feel pretty nice." 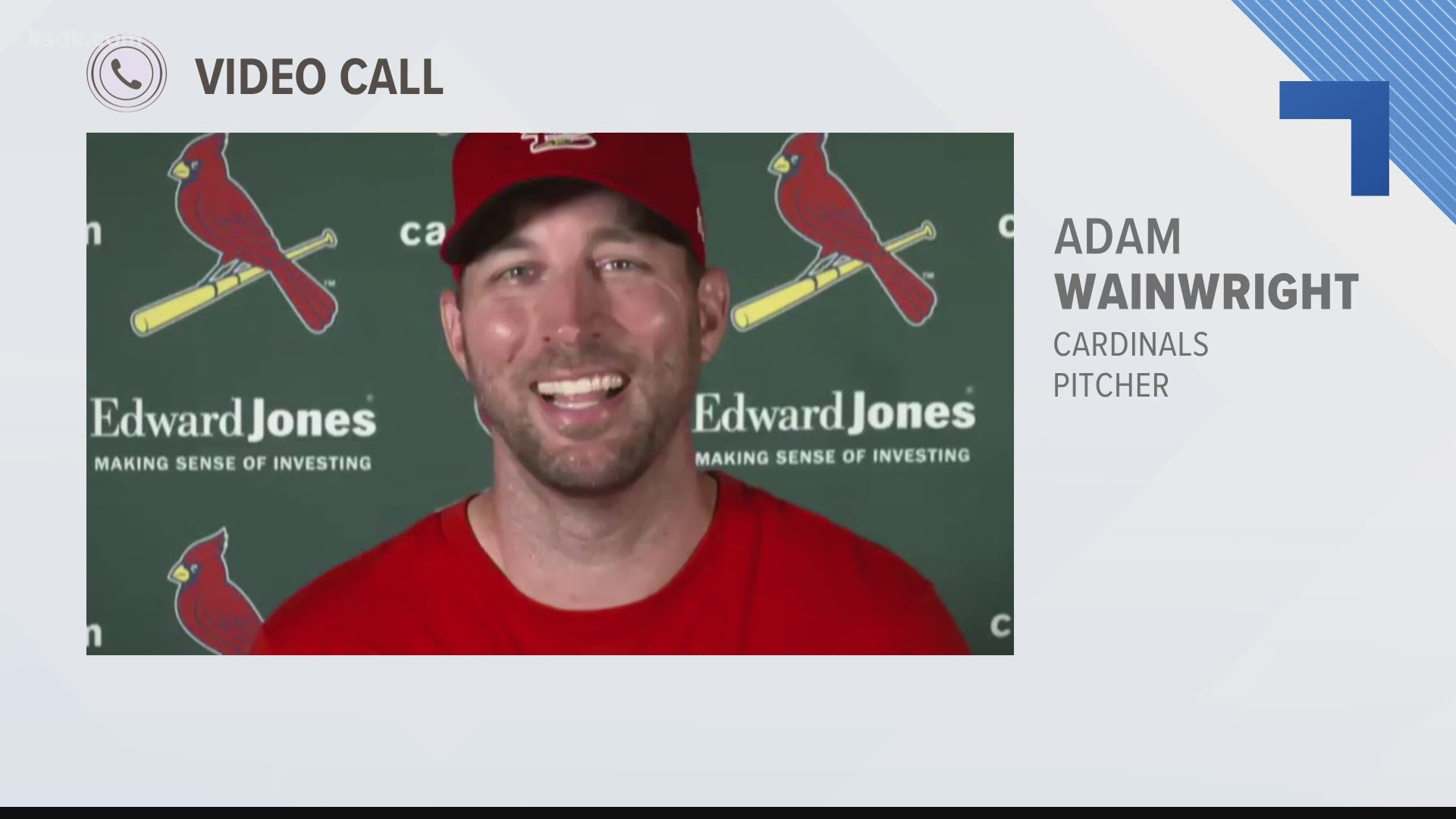 JUPITER, Fla. — Before he stepped on the familiar mound for the first time this spring, Adam Wainwright had a few moments since arriving in town when he thought about what it would have been like not being in Jupiter.

A free agent after last season, Wainwright for the first time in his career at least gave some consideration over the winter to listening to offers from other teams before re-signing with the Cardinals.

He has been reminded this spring of what he would have missed had he not returned to the only spring training home he has known for the last 17 years.

“Every now and then this spring training I will see somebody who I know their name just from being here forever and I say, ‘’Hey how you doing, how’s your family, how was your off-season, blah, blah, blah’ and have a normal conversation – and I walk away from that conversation going, ‘If I had gone somewhere else, I wouldn’t have known anybody,’” Wainwright said Tuesday.

“I wouldn’t have known so-and-so’s family and what their off-season was like; it would have been a totally different start. Now I will be honest, some of that seemed kind of interesting, a new adventure, but I’m liking the new adventure we’re having inside the same clubhouse. That seems like a cool one for me.”

Wainwright was back on the familiar Roger Dean Chevrolet mound on Tuesday but his stay was brief; he needed only 20 pitches to retire all six Marlins hitters he faced in two perfect innings, throwing 14 strikes.

As familiar as it was to be on the mound – and pitching well – Wainwright also was reminded that especially early in the spring he can be too eager to get going, proving once again that he is never too old to learn.

“What was really cool is that I have timing zones where I need to be in this spot before a game and then progress to this spot to be ready for that spot before I can go out and perform,” he said. “Inevitably the first time out there, before you can learn how to control your emotions again, you go ‘heck with it’ and just go. It was fun to have those same kinds of feelings come back today.

“It also was fun to kind of squash it a little bit and go, ‘I hear ya body, I feel you trying to do things you’re not ready to do yet’ just relax, it’s the first start. I was talking through all of this with myself, it was really fun and made myself smile. It was cool to think back about a lot of the experiences I’ve had and learn from it.”

Before he even thought about the offers from other teams or re-signing with the Cardinals, the 39-year-old Wainwright first had to decide that he wanted to be where he was on Tuesday, back pitching again.

What helped him do that was what he heard from some of his teammates at the end of last season when he arguably was the Cardinals’ best starter.

“Guys reached out to me and said, ‘Dude you can’t retire,’” Wainwright said. “I appreciate that so much. It made me feel pretty nice. Two years before I heard, ‘Nice having you around for those years that you used to be a decent pitcher.’ It’s good to have the script flipped a little bit.”

Here is how Tuesday’s game broke down:

High: The five Cardinals pitchers combined to allow just two hits to the Marlins and did not allow a runner past second base.

Low: The Cardinals had only four hits, and saw their best chance to score wiped out when pinch-runner Delvin Perez tagged up and tried to score from third on a fly ball in the seventh inning but was thrown out at the plate.

At the plate: Matt Carpenter was in the leadoff spot and was hitless in two at-bats but stung both balls, one reaching the warning track in right and the other an out into the shift … Nolan Arenado had his first hit for the Cardinals, a single, while Paul Goldschmidt, Tyler O’Neill and Mac Moroff had the other hits.

On the mound: Daniel Ponce de Leon (2 innings), Matthew Liberatore, Jake Woodford and Tyler Webb (1 inning each) followed Wainwright to the mound and combined to complete the shutout. Ponce de Leon walked the leadoff batter in each of his two innings, but each was erased, first in a double play and then on a caught straling from Tyler Heineman … Liberatore, in his first actual game since last March, had to pitch around two walks and a balk.

Worth noting: On the day after Jordan Hicks threw his first live batting practice of the spring, which manager Mike Shildt called a “monumental step” in his recovery from Tommy John surgery, there were rave reviews for Hicks’s outing. “Everything’s really encouraging,” Shildt said. The team is working on the trajectory for the next steps in Hicks’s comeback, which will likely be in a “B” game or a simulated game, depending on the timing. Shildt said he is “moving closer for sure” to an appearance in a regular spring game … Voting is now open at Cardinals.com for this year’s Hall of Fame selection. The candidates are Keith Hernandez, Matt Morris, Edgar Renteria, Steve Carlton and Lee Smith. The winner will join last year’s class of Bill White, Tom Herr and John Tudor, whose ceremony was canceled because of COVID … Carpenter started at second base; his last regular start at that position was on May 23, 2018. He made a backhand stop and got the out on his only fielding chance, and turned the pivot on a double play.

Up next: Kwang Hyun Kim will get the start in Wednesday’s game against the Mets in Jupiter; Carlos Martinez is scheduled to make his first start of the spring on Thursday night against the Astros in West Palm Beach.