The Cardinals and Rockies are past interest mode. This is Hot Stove at its most beautiful and maddening. A rumor too good to be true yet too alluring to leave alone.

ST. LOUIS — The Hot Stove is a wonderful, but most chaotic, thing of beauty.

Rumors swirl in, are laid to rest, which only creates more intrigue and discussion. MLB "reporters" step into the ring, drop possible truth like a grenade with its pin nearly pulled out, and step out quickly before the blast radius can touch them.

Today, on a Chicago radio show, MLB analyst Bruce Levine told 670 The Score that the St. Louis Cardinals had made their offer to the Colorado Rockies for Nolan Arenado very clear.

The Package: newly acquired prospect Matthew Liberatore, Carlos Martinez, Dakota Hudson, and Tyler O'Neill. If you add that to the package St. Louis acquired the No. 3 prospect from Tampa Bay for, it's a huge cost.

The Package Coming Back to St. Louis: Arenado, but possibly only two years due to his opt-out after 2021.

Is it worth it? Hot coals to my feet, I would say yes over no, but it's complicated. Without even putting a candle to Levine's rumor-the guy also said the Cubs are going after Arenado and could put Kris Bryant in center field supposedly-let's look at the realistic nature of this deal.

Acquiring Arenado puts the 2020 Cardinals at a much higher payroll. They have said repeatedly all offseason that it wasn't ideal to go much higher in payroll. Yet, in pulling off this deal, they would put it up over $190 million, the highest ever for St. Louis.

Sending Martinez, who is set to make $11.5 million this season, isn't enough. That is why Matt Carpenter and Dexter Fowler are being heavily discussed as a part of a possible deal by so many. Both players either have history or an ability to thrive in that park. They also make $16.5 million or more the next two years. Oh, and they both have full no-trade clauses.

Going through with this deal goes against everything John Mozeliak has said all winter, but it wouldn't be the first time they go off script.

The cost is steep on paper. They would be sending two parts of their 2020 rotation to Colorado along with their prized pitching prospect. O'Neill isn't a throw-in either, because he could smoke 35-40 home runs at Coors Field.

All of that for possibly two years of Arenado, a franchise-defining player who would allow the team to start Dylan Carlson in left field and even give center field back to Harrison Bader for his premium defense. The Cardinals would be World Series contenders for two years, which would also span the rest of Fowler and Carpenter's contractual commitment, as well as Yadier Molina's possibly end.

Another theory is that this is the Cardinals truly going for it, something they just don't do. They would be going for title No. 12 in the next two years and banking on the possibility of Arenado sticking around and creating a legacy here. They may even give him the raise or new contract he wants with the salary falling off the books before 2022.

This is what so many fans have cried for: the Cardinals being very bold and going for it. Boldness comes with a cost, one more steep than a compensation pick, qualifying offer repercussion, or solo prospect cultivation. It comes with a big price for Arenado.

Some of it doesn't make sense. As Kevin Wheeler tweeted on Friday, why not give pure cash to acquire Anthony Rendon, a similar lineup-enhancer? Why not acquire Mookie Betts? Heck, why not wait until next winter and just outbid everyone for Betts? Why give up so much for Arenado, a true stud but not someone who stands shoulders above Rendon?

Also, as a Twitter follow brought up above, when have the Cardinals ever made an offer this public? The answer is never, so this could be a Rockies front office source leaking info to Levine to stir up the pot for Arenado's price tag. It very well could be that. Until more reporters swoop in, treat this rumor with a grain of salt.

Believe it or not, true or false, this proves the discussions are indeed happening. The Cardinals and Rockies are past interest mode. This is Hot Stove at its most beautiful and maddening. A rumor too good to be true yet too alluring to leave alone.

Stay tuned for more updates amid the chilly weather and thanks for reading. 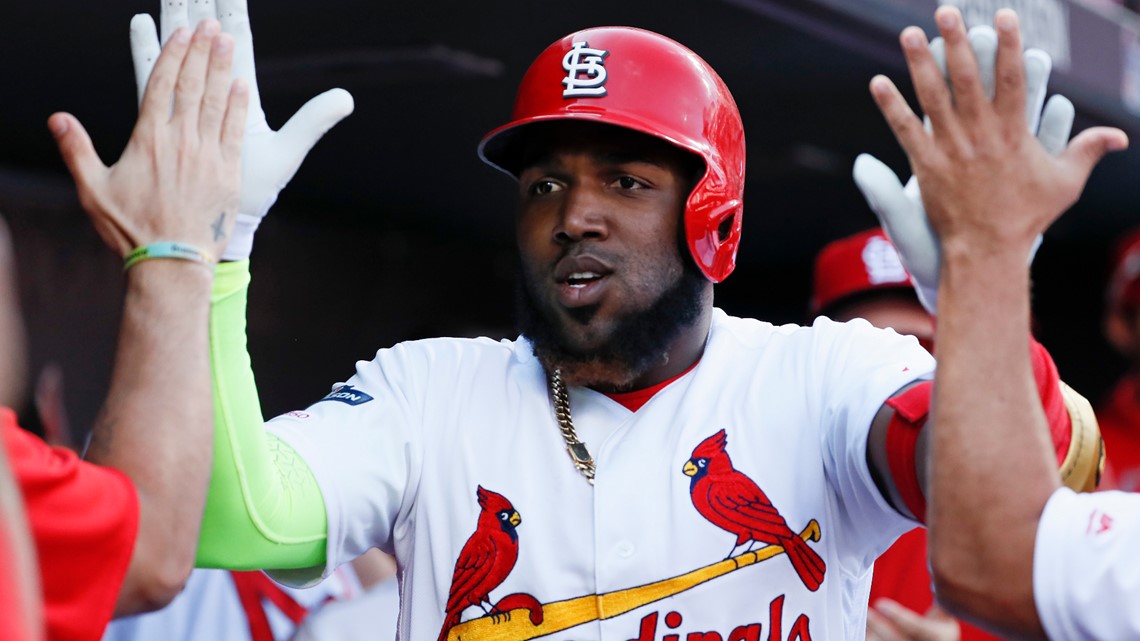 Craig Mish on Marcell Ozuna: 'The Cardinals are a fallback option'
"It would be really surprising to me for Ozuna to return to the Cardinals on a one or two year deal." As MLB reporter and Sirius XM radio host Craig Mish wisely puts it, the hot stove season for Major League baseball involves "a lot of nonsense and little legitimacy."