Commentary | Jack Flaherty is not going to be quiet, and he shouldn't

Jack Flaherty seems to have struck a nerve in the Cardinals fan base on multiple levels. But one thing is for certain. He's not going to stop being himself 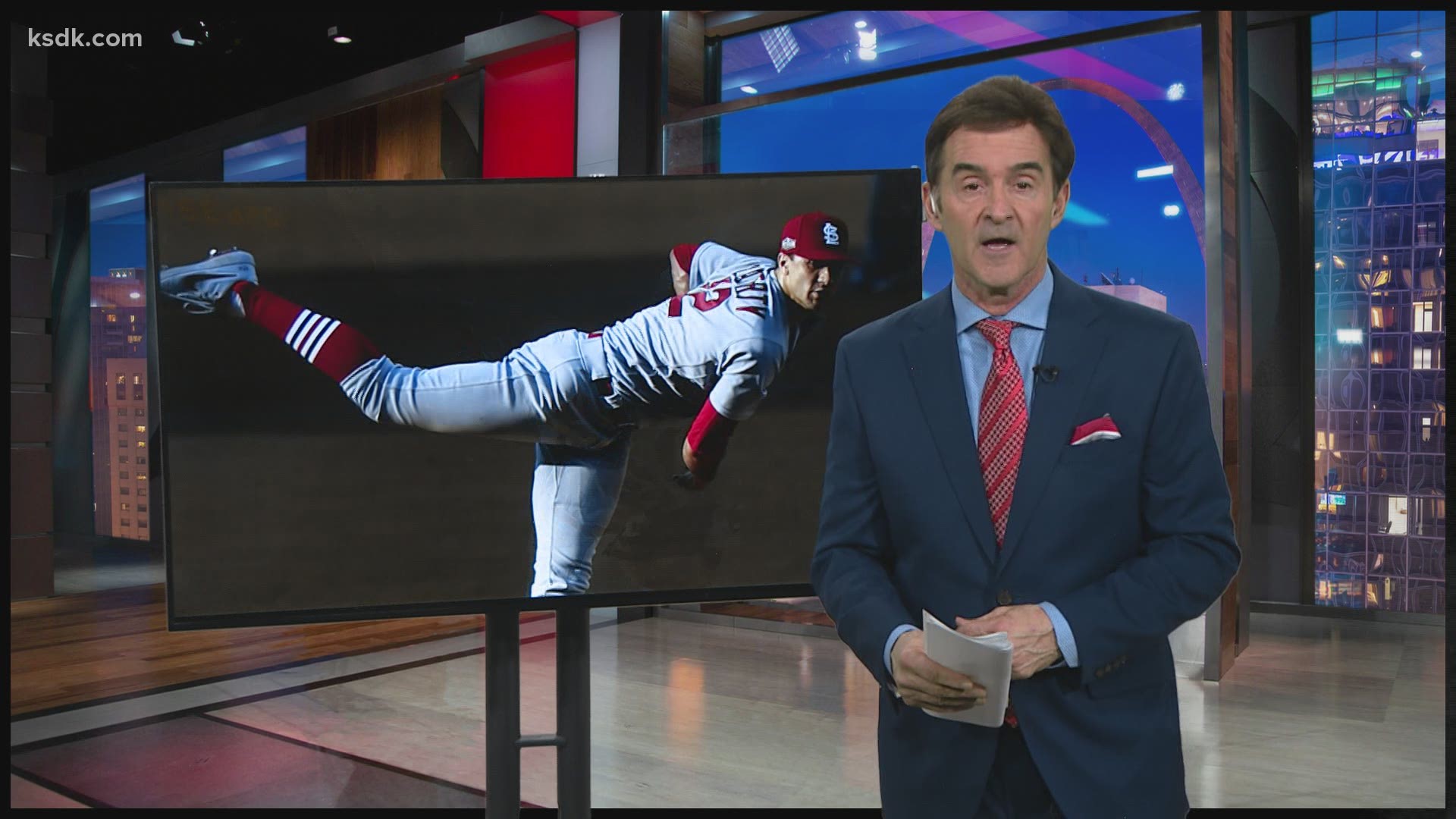 ST. LOUIS — Jack Flaherty is not going to be quiet.

And he shouldn't be quiet.

On Saturday, Flaherty beat the Cardinals in an arbitration case to determine his salary for the 2021 season. Flaherty got a $604,500 raise to make $3.9 million in 2021. The Cardinals submitted a salary of $3 million, according to the Associated Press.

Arbitration can be a nasty business. Essentially your team shows up and tries to prove why they shouldn't pay you more money. The process is basically guaranteed to create friction of some kind. How could it not?

Obviously, whatever the Cardinals tried to use to keep Flaherty's price lower added more fuel to the 25-year-old's fire. After the news came out, Flaherty Tweeted the popular screengrab from the 1990's Chicago Bulls "Last Dance" documentary with Michael Jordan saying "And I took that personally".

How could you not take an arbitration hearing personally?

Flaherty was not all that great in 2020, an assertion he would most likely agree with. Yes, it was a weird, trying year, but the results weren't there like most had hoped.

Flaherty had a 4.91 ERA in nine starts. He was quite good in his one postseason start against the Padres, but 2020 overall was not the same level of excellence we saw from Flaherty to end 2019. In 2019, he had one of the most dominant second halves of any pitching season in baseball history.

So I wasn't completely surprised to see some fans online mouthing off about his raise after 2020's results. (Also an aside, It continues to amaze me when fans are mad about millionaire players getting less money out of billionaire owners. I don't get it. It's not your money. But I digress.) I just wasn't expecting to see so many fans coming for Flaherty. And a lot of times it wasn't just about the raise.

For the latter group, I'm going to be honest, I don't know what to tell you at this point. We've been over the role of athletes advocating for social change ad nauseam. He's a human being passionate about things that matter to society, and people that he cares about and identifies with. Acting like he's not allowed to express his opinions just because he plays for your favorite team is an argument I'm never going to understand.

Jack Flaherty showed a long time ago he's not just going to "shut up and play", so you should probably stop telling him to do so.

And those keyboard warriors calling him an "egomaniac" and a "tool" in Facebook "fan" groups... just give it a rest.

Do we really want to root for guys who aren't being authentic? There's no argument Flaherty is going to show his passion. No matter the topic, you're going to know how he feels. I'm confused as to why that's a bad thing? You don't always have to agree with him, but continually trying to throw him under the bus makes no sense.

You know the answer is "no way". And I don't think I'd see the day anyone in this town would have tried to cross Bob Gibson, because, good luck with that.

Yes, 2020 wasn't a great year for Flaherty on the mound. He was no Bob Gibson. But we've seen enough of him to know he's a special talent, and an independent arbitrator said he was due for a raise. It's a shame that special talent's days in St. Louis may be numbered.

Flaherty won't be a free agent until 2024, but right now do we see any way he ends up staying in St. Louis? I wouldn't bet on it.

Our own Frank Cusumano even said Sunday night Flaherty may be on his way to being one of the least-liked great Cardinals players we've seen. I certainly hope that's not the case.

Flaherty is a guy who's shown he's comfortable in his own skin. He's going to do him no matter what. He's passionate about his performance, his world around him and his place in Cardinals history, as shown by his relationship with Bob Gibson. I just wish St. Louis would appreciate what he brings to the table more before he ends up taking his talents elsewhere.