Commentary | Kolten Wong's Cardinals story is one worth telling

Kolten Wong could've let himself be known for one mental lapse in the biggest moment of his life. He didn't, and his story is one we can all appreciate 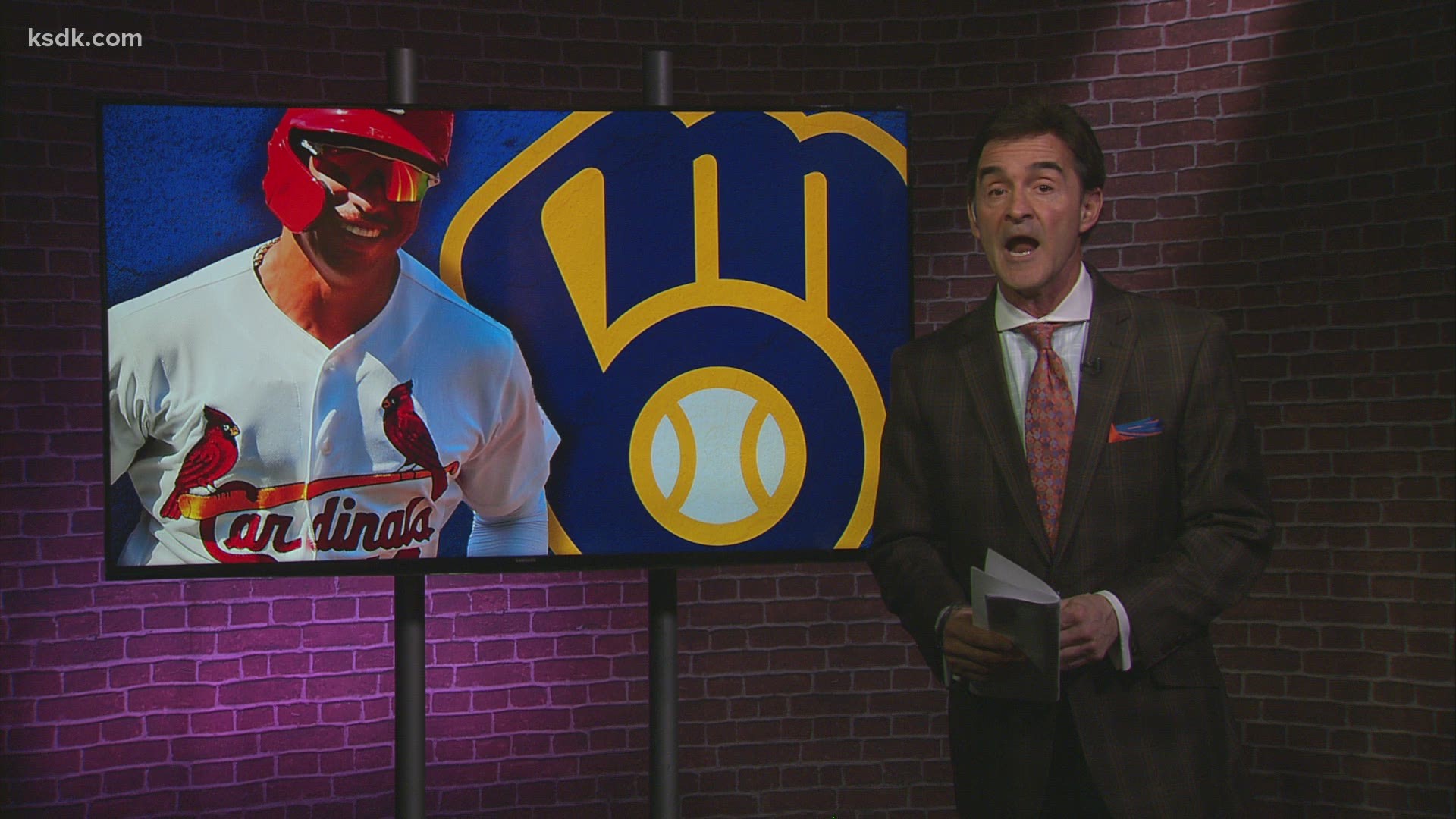 ST. LOUIS — Kolten Wong is going to see a lot of St. Louis in the next two to three seasons. He'll just be doing it in a Milwaukee Brewers uniform.

Wong signed a two year, $18 million deal with Milwaukee on Friday, with a club option for 2023.

But even though he's not going to be a Cardinal anymore doesn't mean his story shouldn't still be told.

Here's a guy who started his career in St. Louis with one of the lowest moments any baseball player could possibly endure. He grew up in our town, working relentlessly on his craft until he became the best, and then actually became the best at his position.

Kolten Wong's Cardinals story is one every player can learn from.

Let's go back to the beginning, and it's a beginning everyone in St. Louis remembers well.

Wong, a 22-year-old rookie out of Hawaii, was called on to pinch-run at first base in Game 4 of the World Series, with the Cardinals down two runs in the bottom of the ninth and a 2-1 lead in the series. One of the hottest hitters on the planet, Carlos Beltran, was at the plate.

And then Boston's Koji Uehara throws over to first, picks off Wong and ends the game.

It's hard to even try and imagine what Wong felt in that moment. Here he was as a rookie, on the biggest stage in the game, and he gets picked off to end a World Series game.

The Red Sox won that game to tie the series. They'd finish it off three days later.

Wong faced the music and owned his mistake. St. Louis (mostly) embraced him for owning it, and wanted to see him succeed and put that moment behind him.

Wong had a tough time consistently cracking the lineup during the Mike Matheny years, and never felt like he got "ownership" of that second base spot. This was something Wong wasn't shy about sharing when Mike Shildt came on the scene.

Shildt set him loose as the team's clear option at second, and Wong never stopped trying to prove his new skipper right.

Wong made it back-to-back Gold Gloves in the pandemic-shortened season of 2020, and has firmly established himself as one of the premier infield defenders in baseball.

Along his seven-year journey in the Majors with the Cardinals, Wong developed into one of the team's most exciting players. Pretty much every single night, he did something in the field that made you audibly go, "wow".

Not only did he develop on the field, he developed off of it as well.

Wong wasn't afraid to speak his mind when you asked him a question. He was always going to shoot you straight, and have a well thought-out perspective no matter what you asked him. That's not always the case. I know everyone in the St. Louis media appreciated his earnestness and candor.

He also made sure everyone knew what he cared about. His love for his home of Hawaii was something he wanted people to know, and Cardinals fans loved him for it in return. People from St. Louis know what loving where you're from is all about. If someone needed help back home, Wong was going to try and do something about it. 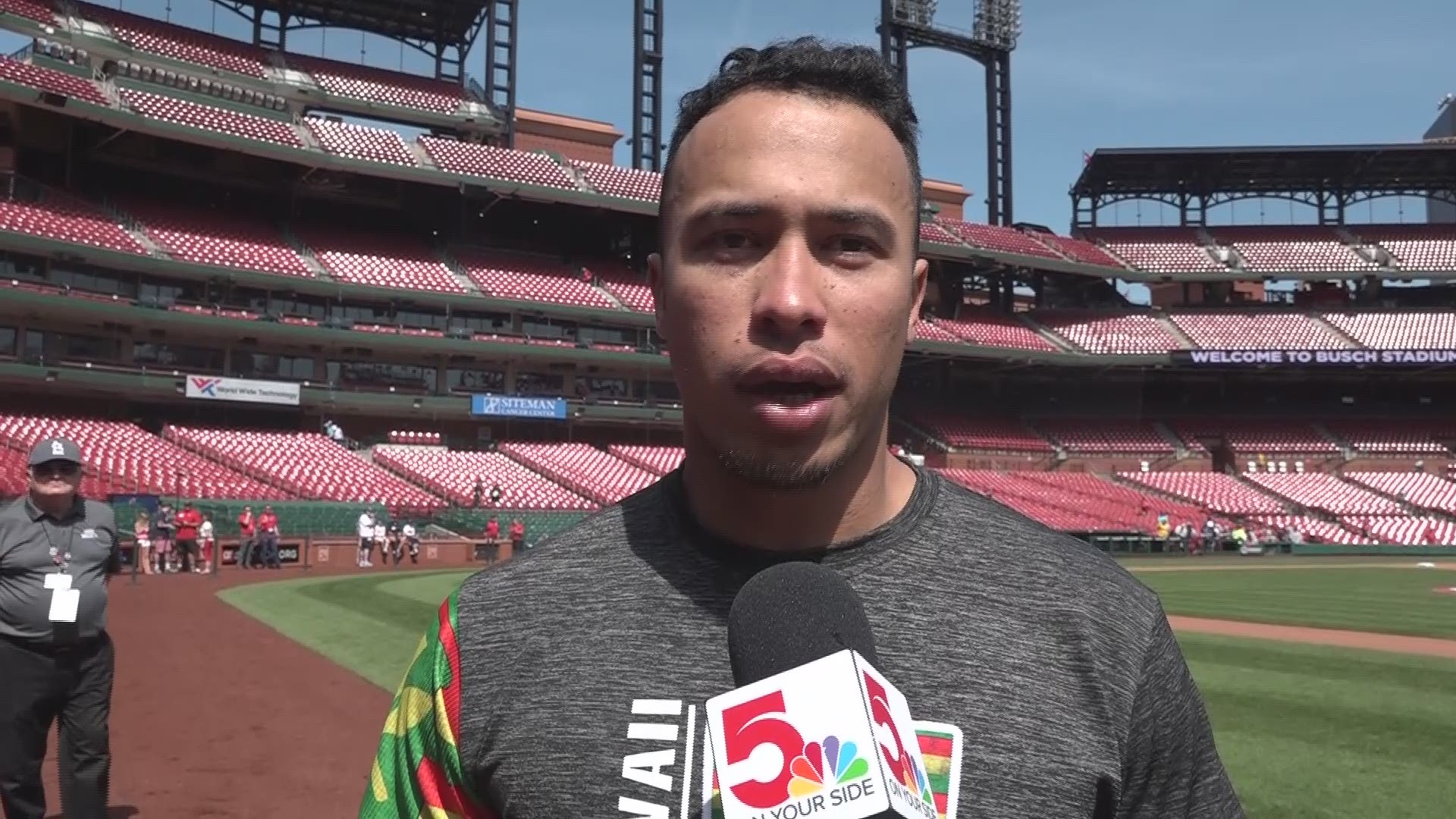 The Cardinals drafted Wong as a 20-year-old, undersized kid out of Hawaii and dropped him in the middle of the continental United States surrounded by demanding fans and pressure to perform. It wasn't always smooth, and the development may not have happened as fast as he or Cardinals fans would have liked, but you can't deny the final results.

Kolten Wong could've let himself be known for one mental lapses in the biggest moment of his life. He didn't, and became one of the most universally-loved players on the Cardinals from the past decade or so.

I sincerely hope there's a way to get fans into Busch Stadium this season. Kolten Wong deserves the ovation his fantastic Cardinals story warrants.