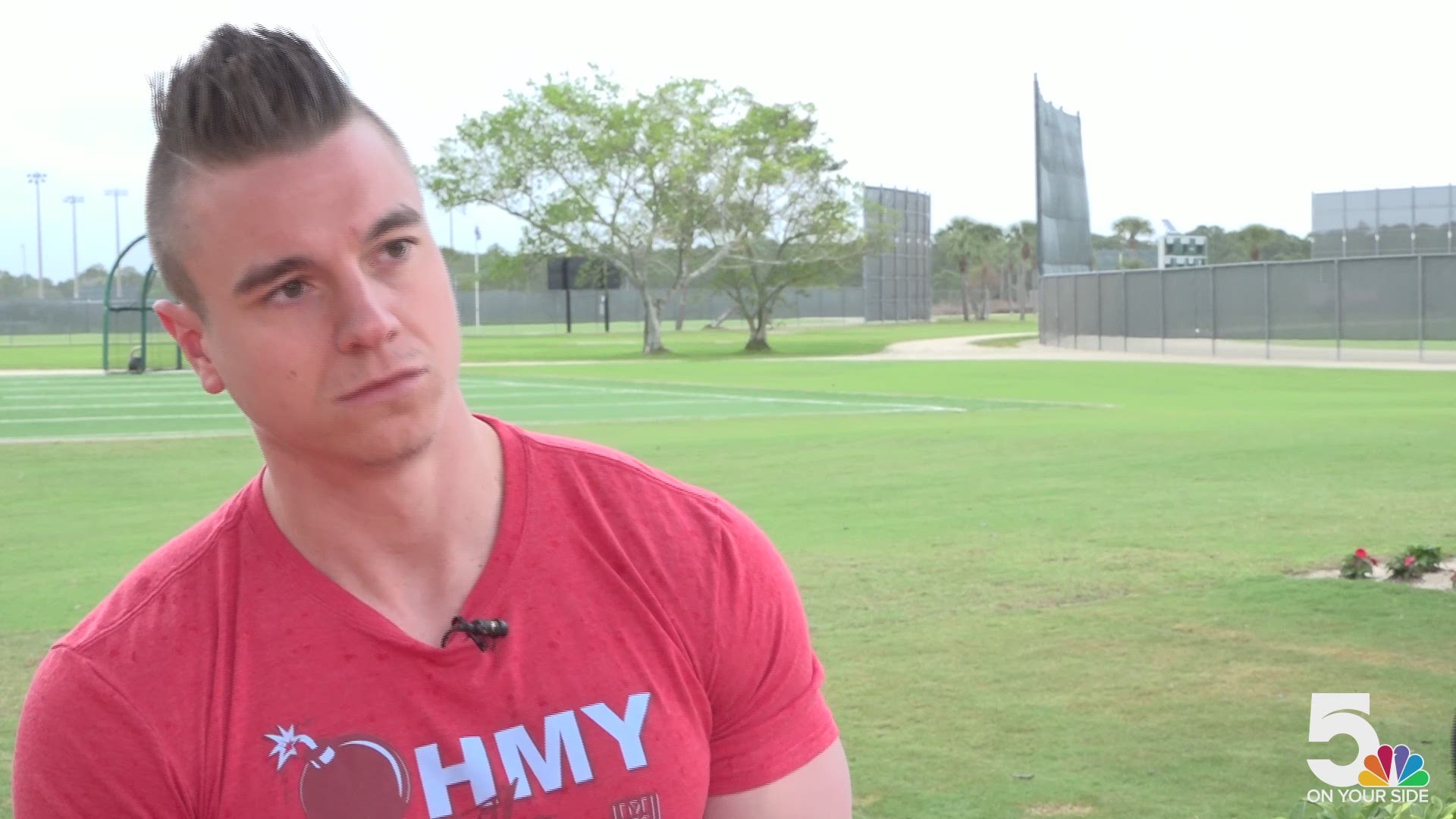 CLINTON, Iowa — When it comes to physique, there may be no one in all of baseball who can match Cardinals outfielder Tyler O'Neill.

The son of a professional bodybuilder who won 1975's Mr. Canada competition, Tyler O'Neill has impressed with his power on the field and his performances in the gym in his short tenure with the Cardinals.

RELATED: Tyler O'Neill can lift more than you, and we doubt it's even a contest

But before he joined the Cardinals organization, he worked his way through the Seattle Mariners system. That time included 57 games with the single-A Clinton LumberKings of the Midwest League back in 2014.

In those 57 games, O'Neill obviously made quite the impression, because they are honoring him with a unique bobble-head(?).

That's right! The first 750 people to arrive at NelsonCorp Field in Clinton, Iowa, will take home a bobble-bicep of the young outfielder.

If you don't want to make the trip all the way to Clinton to get a giveaway, the Cardinals have three giveaways this weekend. The first 30,000 fans can get a 2009 All-Star Game jersey Friday night, a Cardinals golf umbrella Saturday and a large brim straw hat Sunday.

RELATED: Party of 5? Cardinals and rest of NL Central gearing up for taut 2nd half

RELATED: Cardinals TV ratings near the top of MLB despite decline

RELATED: Opinion | Why the Cardinals should use common sense, and start Daniel Ponce de Leon