Opinion | Why Nicholas Castellanos and the Cardinals are a solid match

Castellanos is a doubles machine, an area the Cardinals ranked poorly in last season. He's destroys lefties, excelled with the Cubs in 2019, and fits St. Louis' nee

Example: The St. Louis Cardinals weren't extra-base hitters in 2019. In fact, they ranked 28th in doubles, 23rd in slugging percentage, and 24th in home runs. They weren't exactly all or nothing, having sat around the middle of the pack in walks and strikeouts-but they had a hard time getting the big hit.

Enter Nicholas Castellanos. If Corey Dickerson is intriguing but hard to buy into due to the fact he hasn't always been a full-time starter, the former Detroit Tiger and Chicago Cub fits the bill of someone who can provide the big hit.

In a nutshell, Castellanos would "complete" the Cardinals' needs list, Jerry Maguire style. Granted, he's not a lifesaver for any MLB team or should not be seen as an MVP candidate-but he provides a unique set of skill: extra-base hits.

Last year in time split between Detroit and Chicago, Castellanos smacked 58 doubles, three triples, and 27 home runs. The year before, he collected 46 doubles among 74 extra-base hits. In 2017, Castellanos sprayed ten triples to add to a total of 72 extra-base hits. It's not rocket science. The guy knows how to find the gap consistently and in each league. If Castellanos found a way to collect high hit totals in Detroit's spacious Comerica Park, he will do fine in Busch Stadium.

Did I mention he is a horse? In five of his six full-time seasons in the big leagues, Castellanos has played 148 games or more. He's reliable to write down on that lineup card every single day, something the Cardinals need.

What about the defense? He's not Gold Glove material, but he's also not worse than Marcell Ozuna. Castellanos has only started 32 games at DH in the past three seasons, and once played 129 games at third base. He played the corner outfield spots last year and didn't embarrass himself.

But you aren't signing Castellanos because he can make tough catches and throw baserunners out; you're signing him because he rakes. More importantly, he destroys left-handed pitching. In 772 career at-bats, Castellanos' slash line looks like this against southpaws: .306/.358/.532. Instead of watching and wincing as Harrison Bader and Dexter Fowler whiff at sweeping sliders, Castellanos will punish them.

He punished National League pitching during the second half of the season. In 51 games with the Cubs, Castellanos smoked 21 doubles and 16 home runs, posting an OPS of 1.002. I didn't mess up a decimal point there. Once again, he can hit. He's proven. It's no fluke.

If the Cardinals don't want to install Dylan Carlson just yet and aren't too sure about Lane Thomas or Randy Arozarena, bring in Castellanos, who will only be 28 in March. If they still don't see a reliable 120-130 games in Tyler O'Neill or would like to keep Tommy Edman on the infield, bring this guy in. He would solve their outfield problems in a heartbeat.

And no, he's not getting a contract worth $100 million. Just ask Dan Szymborski of Fangraphs, who broke down Castellanos' projections in September as he was bashing NL pitching. This is where I remind you the guy isn't Paul Goldschmidt, who is expected to produce five wins above replacement per season or bust. Castellanos is someone who could give a team a 3.0 WAR for 2-3 years before becoming a possible super-utility bat who moves around. That's right in time for the youth of St. Louis to be fully engaged.

If Thomas and Arozarena need at-bats, let him challenge Bader or Fowler. If Carlson is ready, let him steal one of those other jobs. What the Cardinals can't afford to do this offseason is to be tentative or conservative with their outfield upgrades. Don't wish upon a star that Bader bounces back, Fowler reverts back to 2016 form, or going half-measure with Carlson. They need to replace Ozuna's production and possibly get a better return from the new guy. Castellanos could be what "The Big Bear" was to St. Louis, and even better. He doesn't need a green sleeve either and will come into spring training in good shape.

Now is not the time to rest on your laurels and be cheap. Castellanos won't break the bank and will not cost the Cardinals prospects. John Mozeliak gets to keep his lovely toys and fix a need that is currently glaring. The team had one of the worst outfields in the Majors last season, and one of the worst offenses in the National League.

In Castellanos, you get an extra-base hit machine who doesn't rely on home runs, someone who has sharpened his bat to find the gaps. They get a versatile defender who plays every day. They get someone who shreds lefties and could easily slot into the #2 spot in the lineup. A 3-4 year deal should get it done. He'll be 32 when it expires. Don't worry about who else is in the wings. Worry about who is proven and can produce.

St. Louis needs reliability in the outfield and lineup. If it's not going to be Dickerson-who is getting interest from Cincinnati, take a long look at Castellanos, someone who also hit well in the Central and fits their needs. 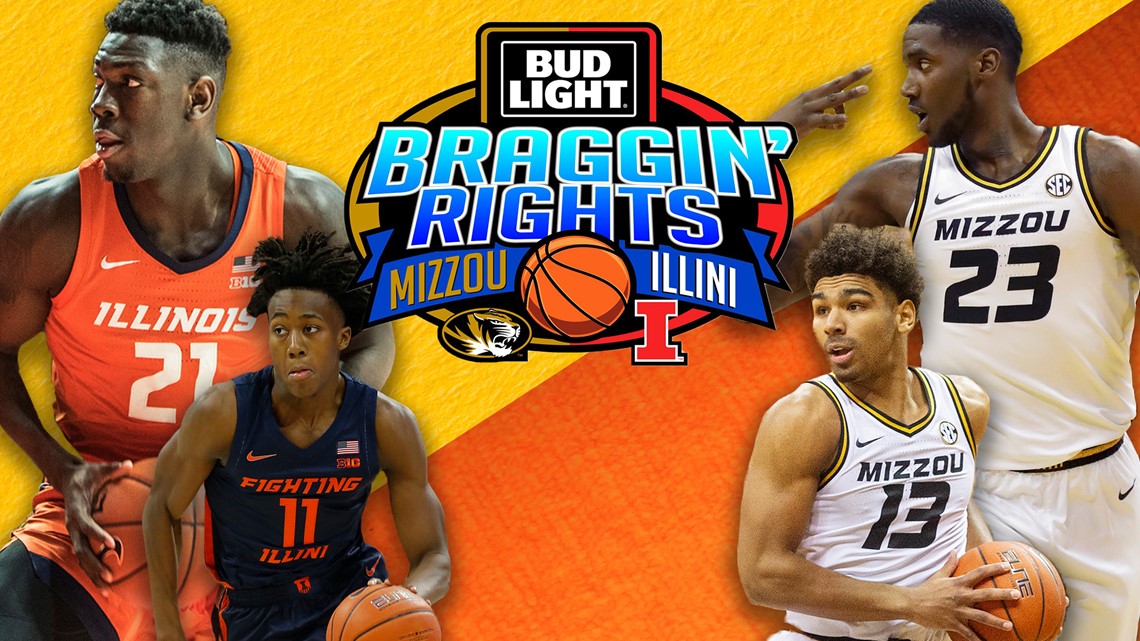 'Braggin' Rights' isn't quite what it once was, but the fun of the Missouri and Illinois rivalry is still alive and well
ST. LOUIS - It used to be the crown jewel of December sports in St. Louis. It used to consistently sell out the Enterprise Center (Or Scottrade, Savvis or Kiel Center if you prefer). It used to be prime time viewing on ESPN.

RELATED: Against the odds, Jake Allen continues to prove his naysayers wrong

RELATED: Opinion | Why giving up on Carlos Martinez, the starter is futile for Cardinals' fans