"Right in the midsection. I'm not too sure, it all happened really fast. A nice greasy, go-to-the-net goal," Joshua said 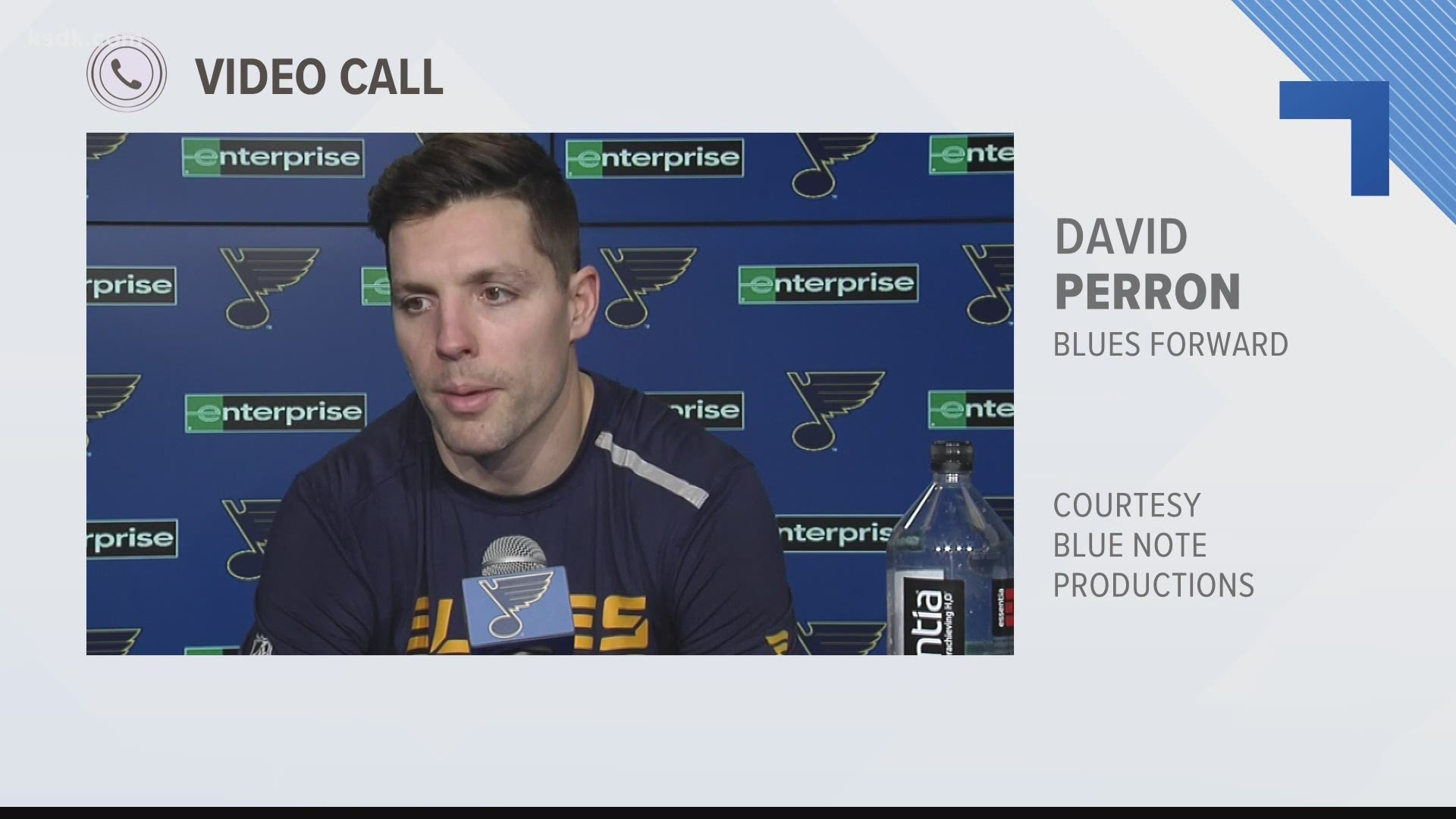 ANAHEIM, Calif. — It may not have been the prettiest goal in the world, but it counts just the same. And for Dakota Joshua, it's a moment he'll never forget.

The Blues forward became the 17th player in franchise history to score in his debut with a second period deflection Monday night against the Ducks in Anaheim.

"Right in the midsection. I'm not too sure, it all happened really fast. A nice greasy, go-to-the-net goal," Joshua said.

The 24-year-old rookie from Dearborn, Michigan, was called into action as the Blues try to fill the holes left by injuries up and down their lineup. And in his seven minutes of ice time, he made the most of his opportunity.

"I thought he did a good job tonight in his first game. He skated and got on top of things. He seems like he's got some pretty good intelligence out there on the ice... He did a real good job," Blues head coach Craig Berube said. "I'm very happy for him and proud for him to come in and get a goal in his first game in the NHL. That's a huge thing for a young kid like him."

Joshua was feeling some nerves ahead of the game, and as he got the traditional solo lap in warmups as the new guy on the scene. But that anxious energy ended up inspiring some of his teammates.

"Great to have that energy from Dak's goal. He was sitting a little bit in front of me in the locker room. To see his energy and his little bit of nervousness kind of rubbed off on me," Blues forward David Perron said. "I wanted to kind of remember memories and stuff like that, so I was excited to play tonight."

"It was an amazing experience to get that solo lap and it's a great group of guys in there and I'm happy I could bring some excitement to the room today," Joshua said.

After the game, Joshua posed for a photo with his goal puck and a message of "Hi mom!!" written on it for his folks back home.

And with the Blues still battling injuries, Joshua could be in line for more time on the team's fourth line with Kyle Clifford and Mackenzie MacEachern. He's up for the challenge.

"It was all I expected and then some. To play in the National Hockey League is the biggest honor you can have in the sport of hockey. So it was an unreal experience to be a part of the club today," Joshua said.