Blues fall at home to Coyotes, 3-2

Torey Krug scored in his return from COVID-19 protocol for St. Louis, but the Blues lost their fourth straight game

Kyle Capobianco scored his first goal of the season for Arizona, which snapped a three-game losing streak and won in regulation for only the second time in 16 games this season.

Torey Krug scored in his return from COVID-19 protocol for St. Louis, which lost its fourth straight game. Jordan Kyrou also scored and Ryan O’Reilly added two assists for the Blues, who beat Arizona 7-4 on Oct. 18 in Phoenix. Jordan Binnington made 20 saves for St. Louis.

Kyrou tied the game 1-1 in the opening period after Capobianco opening the scoring with a wrist shot from just inside the blue line.

Krug scored on a cross-ice pass from O’Reilly to tie the game 2-all with 5:02 left in the second period.

O’Reilly, who broke a five-game point drought, recorded his 400th career assist. Krug, who last played on Nov. 4, has three goals in nine games this season.

Hayton converted on a pass from Shayne Gostisbehere with 6:08 left to break a 2-2 tie.

Arizona winger Clayton Keller, who grew up in the St. Louis suburb of Swansea, Illinois, was held without a point against St. Louis for the first time in four games.

St. Louis C Oskar Sundqvist returned to the lineup for the first time since March 19. He underwent surgery to repair torn ligaments in his left knee as well as hip surgery to correct a previous ailment.

“It’s been a long journey,” Sundqvist said. “Not always fun every day. But, I’ve always had the mindset that I have to do it.” 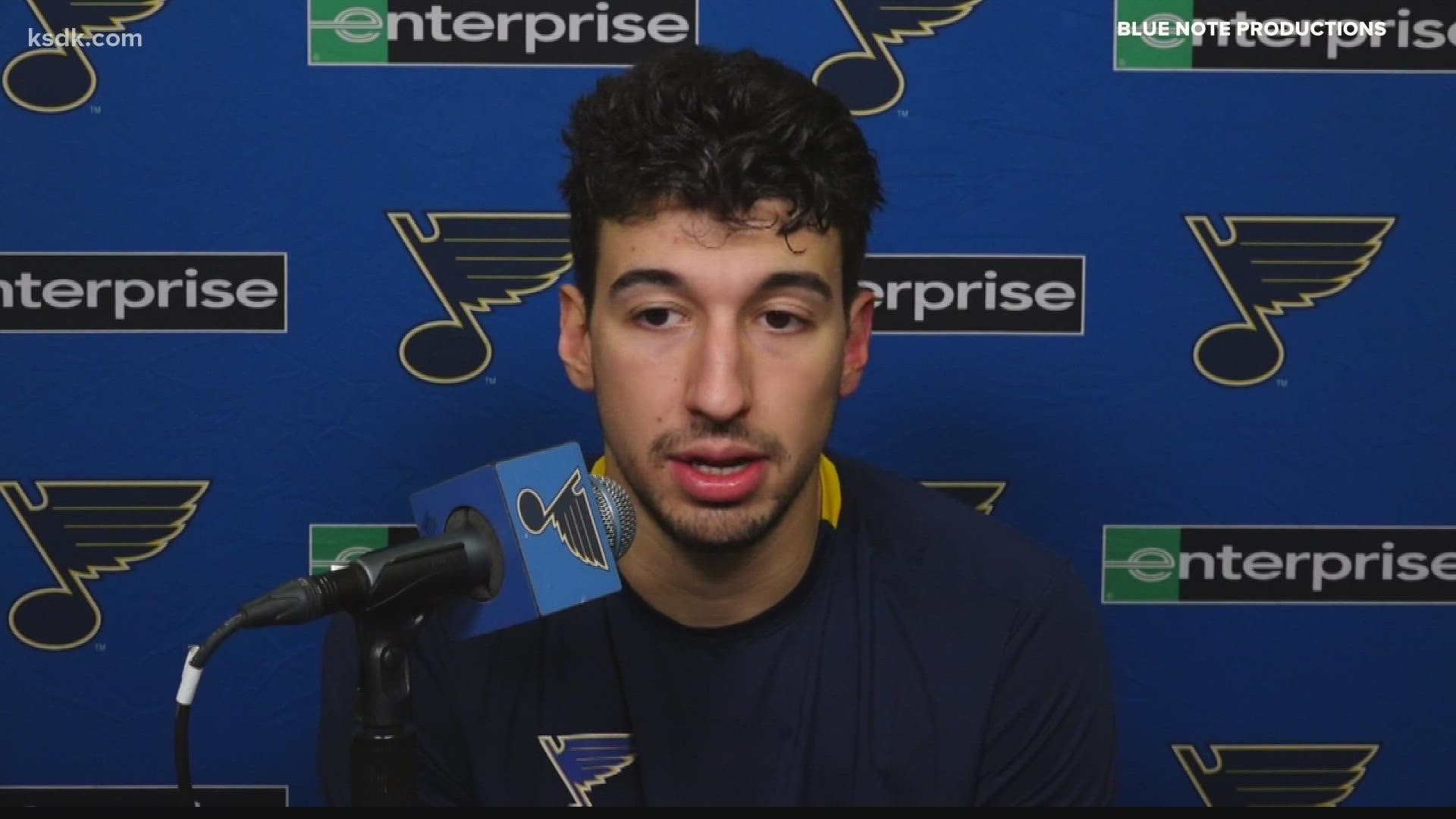