‘It looked like a bomb exploded’: Crews clean up trash downtown after Blues watch party

Crews spent most of Monday morning cleaning up the mess left behind after the Stanley Cup Final Game 6 watch party in downtown St. Louis. 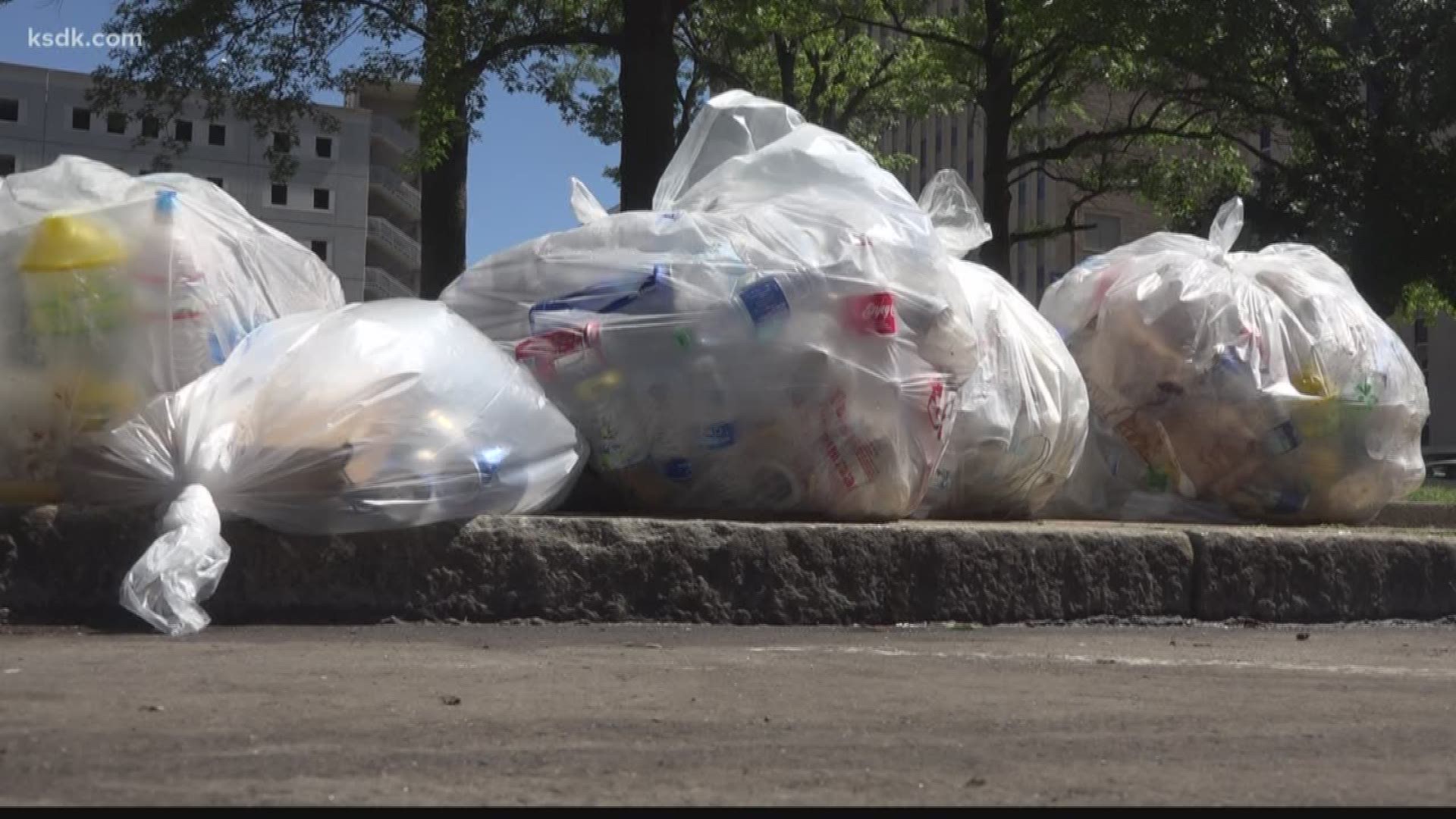 ST. LOUIS — Arthur Jackson found a mess in downtown St. Louis Monday morning when he came to set up his grill on the corner of Kaufmann Park.

As Jackson threw burgers down on the grills, crews picked up the trash left behind by fans who attended the Game 6 Stanley Cup Final watch party downtown. The St. Louis Sports Commission hired a third party, Regency, to clean up with additional city workers to help.

Regency employees were cleaning up along Market Street until 11 p.m. Sunday and returned at 8 a.m. Monday.

"I did see a lot of the trash that was left behind," Seleria Perryman said.

Perryman was downtown early Monday, reporting for her first day of jury duty. She usually posts an inspirational video to her Facebook profile Monday at noon, but the high piles of trash were far from inspirational.

Luckily by the time Perryman had come outside for her lunch break from court, she found crews had transformed the areas around Market Street, picking up about 40 trash cans and loading them on the back of park department trucks.

"They did a really good job cleaning up," Jackson said. "They had it down in about two hours."