Laila Anderson, who's an inspiration to the Blues, attends Game 3 in first trip outside in 4 months

Other than going to the hospital it's Laila Anderson's first trip outside her house in four months. 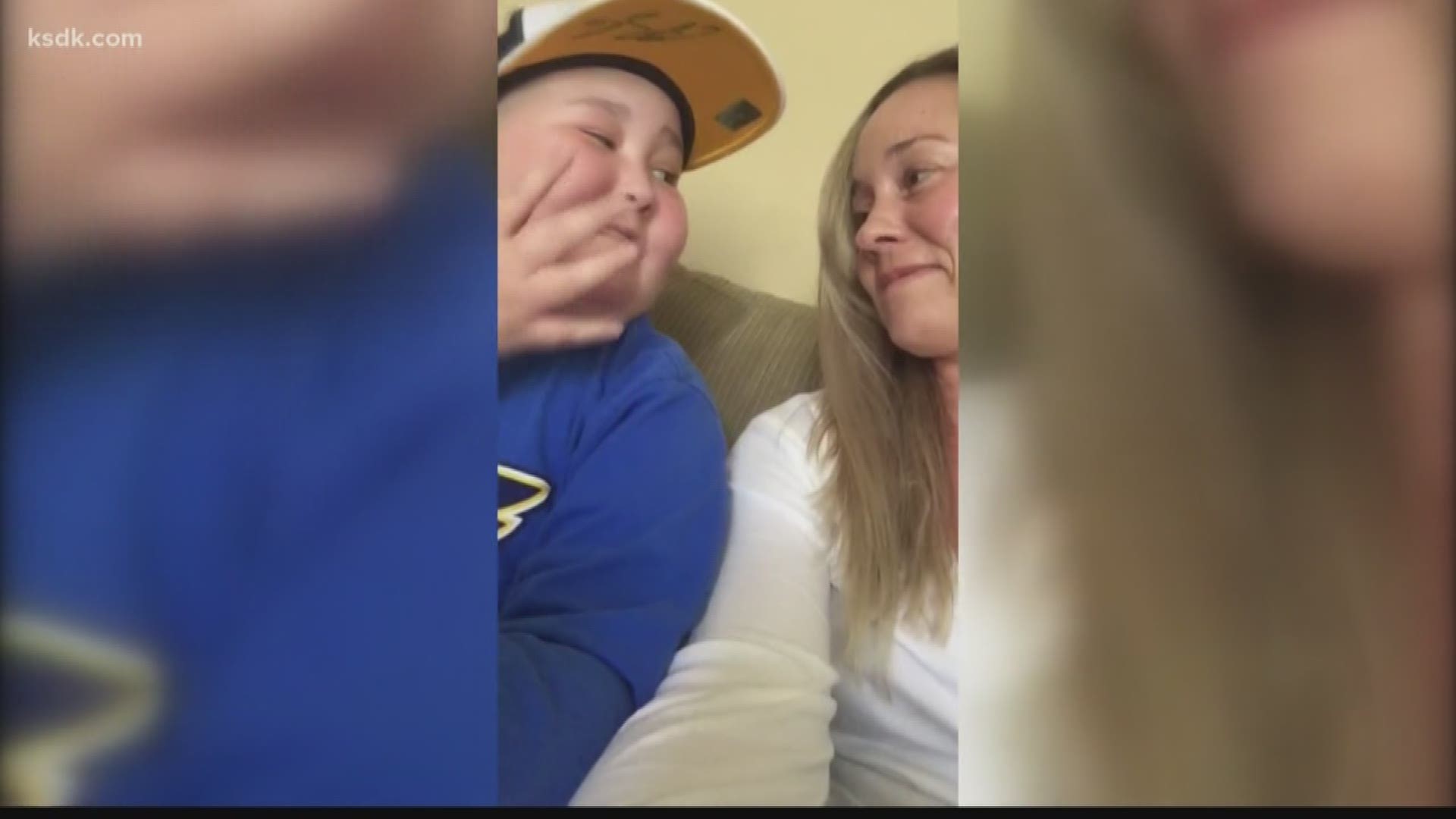 ST. LOUIS — Very excited could be an understatement to describe Laila Anderson's feelings toward going to see the Blues play the Stars in game 3.

Laila Anderson, 11, has been through more than most will in their entire lives.

"When I was in St. Louis Children's Hospital and I got a brain biopsy I had so many stitches in my head I thought I looked like Frankenstein," said Laila.

In September, she was diagnosed with HLM disease, a rare condition that attacks the immune system.

It's something only 14 other people in the world have been diagnosed with.

"I mean whatever comes my way I'm going to deal with it," she added.

But even the strongest 11-year-old can use some support.

"One day when I felt terrible Kelly Chase and Alexander Steen came to my hospital room," explained Laila.

Ever since, she's been the biggest Blues fan you could ever meet.

"As I've gone through the medical journey I've gotten closer to the boys," said Laila.

Pretty cool, considering not many people are close enough to call Blues players "the boys."

So, when Laila's mom surprised her Monday by telling her she was going to the Blues game...

"Oh mom are you kidding me?" she cried.

It will be her first trip out of the house in four months, but she wasn't expecting a Blues game.

"Well, my first assumption was I can finally go to Chipotle and get my burrito again," Laila joked.

Now, because of her emotional response to getting to go to the game, the hashtag #PlayGloriaForLaila is trending all over the country.

"I had no clue what 'Gloria' was, but now I can officially say it's the best song ever written," she added.

5 On Your Side's Brandon Merano asked who Laila's favorite Blues player is and she said Colton Parayko.

He's visited her multiple times in the hospital on his own time and has a picture of her artwork hanging in his locker for good luck.