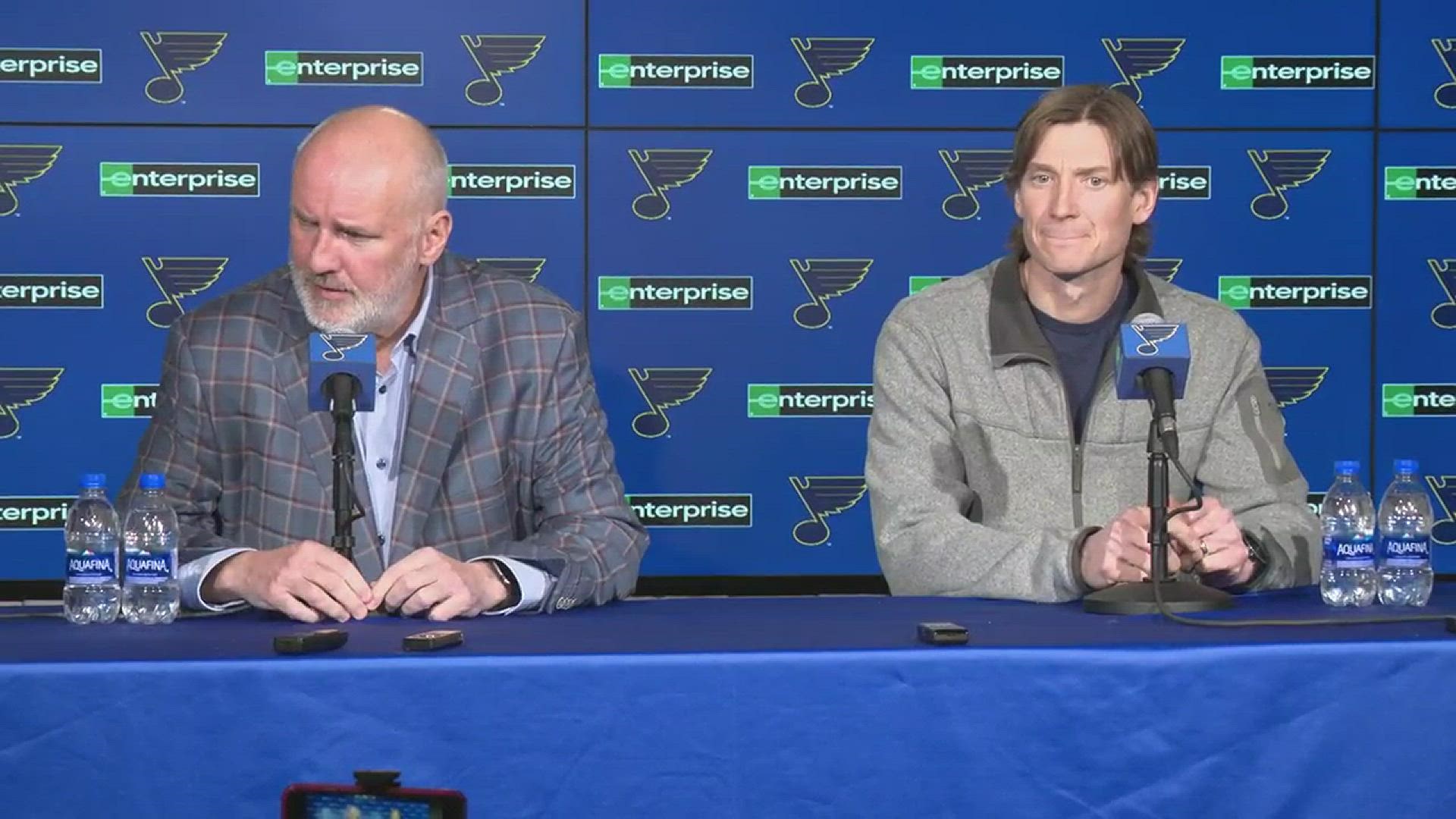 ST. LOUIS — Blues defenseman Jay Bouwmeester addressed the media and fans in person for the first time since his 'cardiac episode' on the bench in Anaheim earlier in February.

Blues General Manager Doug Armstrong announced during the press conference that Bouwmeester would not play for the team the rest of the regular season or playoffs.

"It was a scary thing, but it's been going pretty good lately. And we'll continue to evaluate things as it goes," Bouwmeester said. "I'm at the point now where I feel pretty good."

Bouwmeester thanked the medical staff that assisted him in Anaheim and the hospital, and all of the fans who have shown their support.

Armstrong and Bouwmeester said they would take a longer look at his future in the coming months.

Bouwmeester suffered the cardiac episode during a game in Anaheim back on Feb. 11. He was revived with a difirbrulator and rushed to a hospital in California. Doctors successfully installed an Implantable Cardioverter Defibrillator, which is a device that monitors heart function and can deliver a shock to the heart if an arrhythmia happens to restore a regular heartbeat.

The 36-year-old Edmonton native has a World Juniors Championship, an Olympic gold medal with Team Canada and a Stanley Cup Championship with the Blues in 2019.

RELATED: Remembering Chris Pronger's on-ice collapse after getting hit near the heart in the 1998 playoffs

RELATED: 'That happens in your hotel room, you're probably going to die' | Bouwmeester's former team doctor on star's collapse