Bouwmeester's cardiac episode brings back traumatic memories from NHL past

It was reported that Bouwmeester, like Jiri Fischer, needed a defibrillator to be revived on the bench. 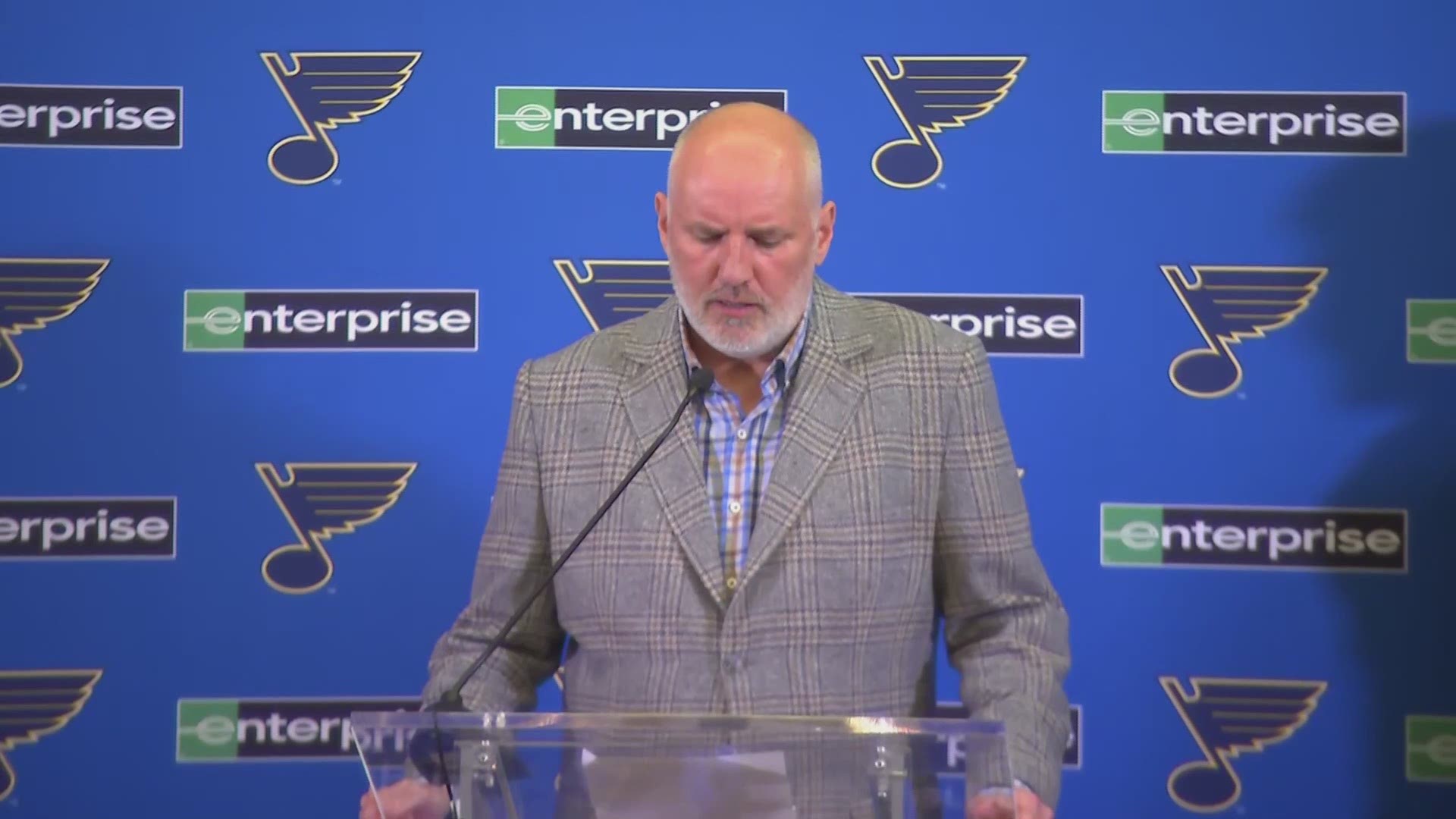 ST. LOUIS — Tuesday will go down as a night that the St. Louis Blues will not forget. It was a night that not only affected the players, but the opposing team, fans, officials, families and the NHL as a whole.

After completing his shift, Blues defenseman Jay Bouwmeester experienced a cardiac episode which resulted in him collapsing on the bench and needing immediate medical service. The exact cause of the episode hasn't been revealed. Blues general manager Doug Armstrong declared on Wednesday in a press conference that Bouwmeester is doing "very well".

What could have caused this to happen at that time? Were there pre-existing conditions? Was it something that happened during the game?

Unfortunately, this isn't the first time this has happened in the NHL. Hockey is a physical, and sometimes gruesome game. It requires an immense amount of physical contribution, and isn't forgiving.

"Unfortunately I've been a part of two of these types of incidents," former Blues defenseman Jamie Rivers said in a tweet on Wednesday. "Pronger when his heart stopped in Detroit and Jiri Fischer when I played for Detroit. Very scary situations and prayers go out to Jay Bo and his family right now."

Let's flashback to the 1998 Stanley Cup Playoffs. The St. Louis Blues were facing the defending Stanley Cup-Champion Detroit Red Wings. What could've been a typical play in the game ended up being much worse.

Blues defenseman Chris Pronger went to battle for the puck with Detroit forward Martin Lapointe in front of the Blues net before moving out to block a shot. Dmitri Mironov's shot hit Pronger in the chest, just left of his heart. Pronger fell, guarded the puck, then got up to continue the play.

After taking two strides, Pronger collapsed. He was unconscious for roughly 20 seconds before regaining consciousness. Luckily for Pronger, he suffered no lasting injuries or repercussions from the incident. Doctors believe Pronger's heart skipped a beat at the moment he took the blow from the puck.

Watch: looking back on Chris Pronger's scary collapse in 1998 playoffs

But how about a scenario that is more parallel to Bouwmeester's traumatic incident?

Every moment in life has become more precious for former Detroit defenseman Jiri Fischer since November 1, 2005.

The Red Wings were hosting the Nashville Predators. Fischer finished his shift and returned to the bench winded. Panting and exhaustion after a shift usually comes across as normal, but players quickly noticed something was wrong with Fischer when he remained panting with his head up against the board from the bench.

Fischer's teammate, Brett Lebda, was next to him when the episode occurred. Fischer wasn't responding and collapsed onto Lebda's lap.

Fischer went into convulsions and cardiac arrest, before doctors on hand rapidly began CPR. Fisher underwent ventricular fibrillation, which is the most serious cardiac rhythm disturbance.

According to the American Heart Association, "Ventricular fibrillation is disordered electrical activity that causes the heart's lower chambers to to quiver, or fibrillate, instead of beating normally." Insufficient blood flow to the heart muscle, damage to the heart muscle, or severe body infections, are some of the common causes for this listed by the American Heart Association.

It was released that Fisher had an abnormal electrocardiogram reading in 2002. Detroit team doctor Tony Colucci was aware of the reading, had been sitting nearby when the episode occurred, and jumped to immediate action.

Similarly, Blues longtime head athletic trainer Ray Barile was present for Bouwmeester's episode and jumped to immediate action. It was reported that Bouwmeester, like Fischer, needed a defibrillator to be revived.

According to Rivers, this was Barile's second time jumping into life-saving action on the ice. It took a team of trainers, doctors, and personnel in helping save each life.

RELATED: Blues hit the road for the 'dads trip' hoping to find a spark

RELATED: Blues to retire #44 in honor of Chris Pronger