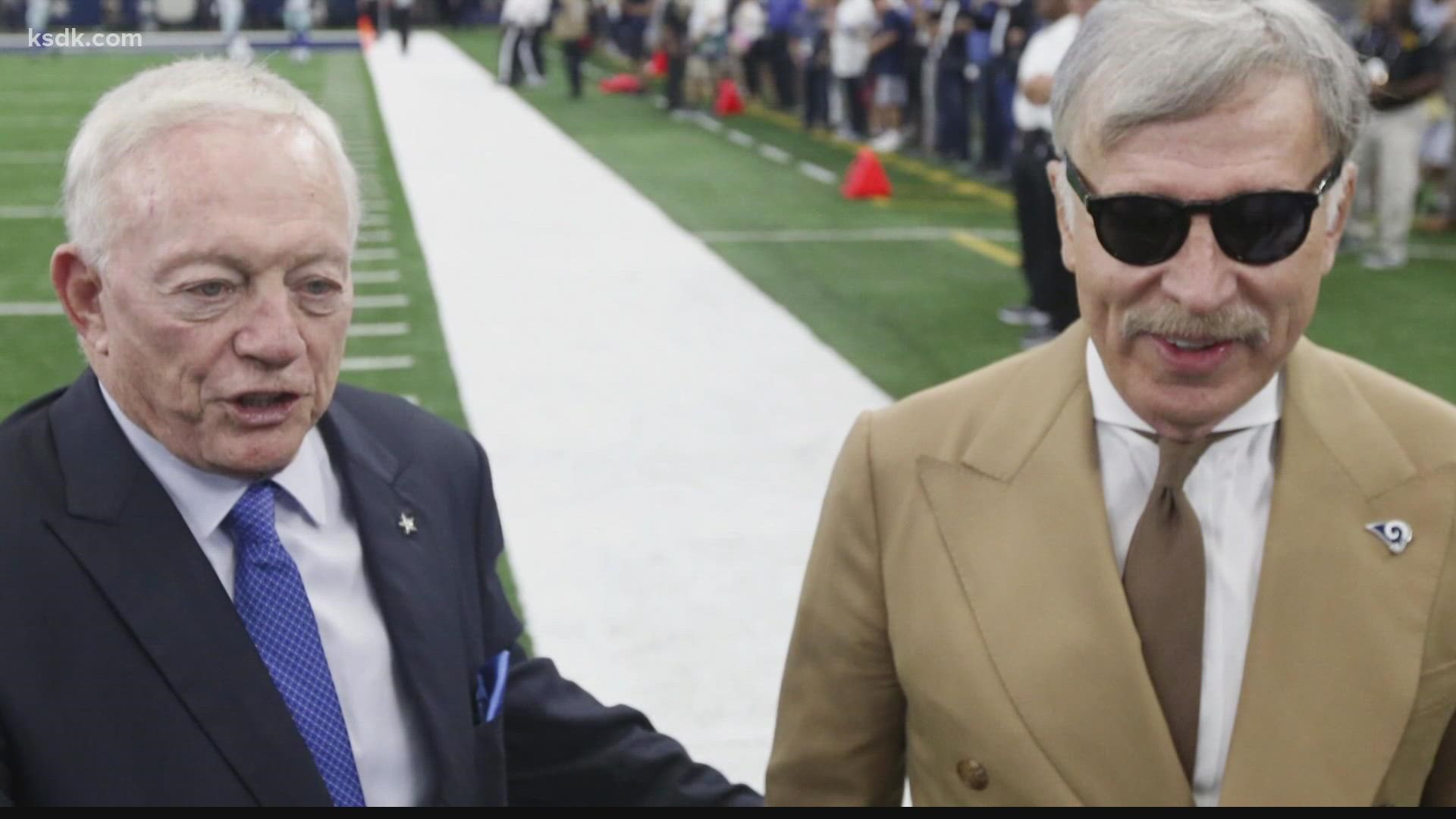 ST. LOUIS — The lawsuit between St. Louis and the NFL over the relocation of the Rams is starting to have consequences for some of those involved.

5 On Your Side's Holden Kurwicki was in the courtroom Wednesday for a hearing between lawyers for the NFL and lawyers representing St. Louis about certain owners not turning over financial information as they were ordered to do.

“They were almost thumbing their noses at his earlier order as if it didn’t mean anything,” said legal expert Daniel Wallach.

Mara failed to provide even basic documentation estimating his net worth.

Judge McGraugh says he is going to issue monetary sanctions and award attorney fees and issue a show cause order to find out why the defendants should be held in contempt.

As a result of the owners failing to turn over the ordered financial information, Jude McGraugh doled out some fines on Wednesday.

“His (McGraugh's) orders mean business,” said Wallach. “The National Football League and these four owners didn’t take that order seriously and they should’ve seen this coming. This is no surprise. If anything, they got off a little on the easy side.”

Court has adjourned after what can only be considered a win for the STL attorneys. I want to clarify that it’s unclear if the 4 owners will have to appear in person for the December 3rd hearing. pic.twitter.com/7psmk0dP6V

Judge McGraugh went on to set a show cause hearing against the owners for Dec. 3 at 1:30 p.m. and then doled out fines to the owners who have yet to comply.

If requested financial information is not turned over by that Dec. 3 hearing, applicable parties could be held in contempt of court.

“I would suspect between now and December third, if they make good on these document requests, they’ll probably avoid further sanctions,” said Wallach. “If they don’t, December third is going to be a real shock to their system.”

As it stands the civil trial between the City of St. Louis and the NFL/Rams is on track to begin January 10th.

This is a developing story that will be updated.