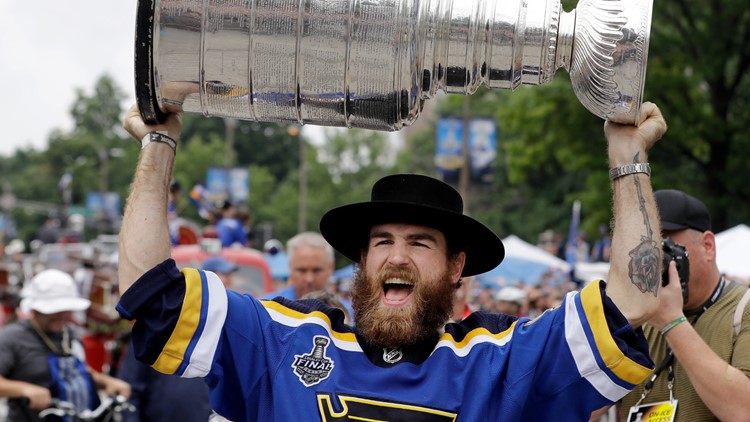 St. Louis Blues forward Ryan O'Reilly has had quite the past few months.

O'Reilly celebrated his day with the Stanley Cup on Thursday, taking the greatest trophy in sports to his hometown of Seaforth, Ontario.

The Blues shared some video and pictures of O'Reilly's visit home, where he had a special reunion with his 99-year-old granny.

O'Reilly said during the playoffs that his grandma still sends him emails after games, and follows him very closely.

"I was so happy for you," grandma O'Reilly says in the video tweeted out by the Blues. "You played such a wonderful game."

Granny also got to see the Stanley Cup up close.

RELATED: The most adorable photo of this Stanley Cup Summer has arrived!