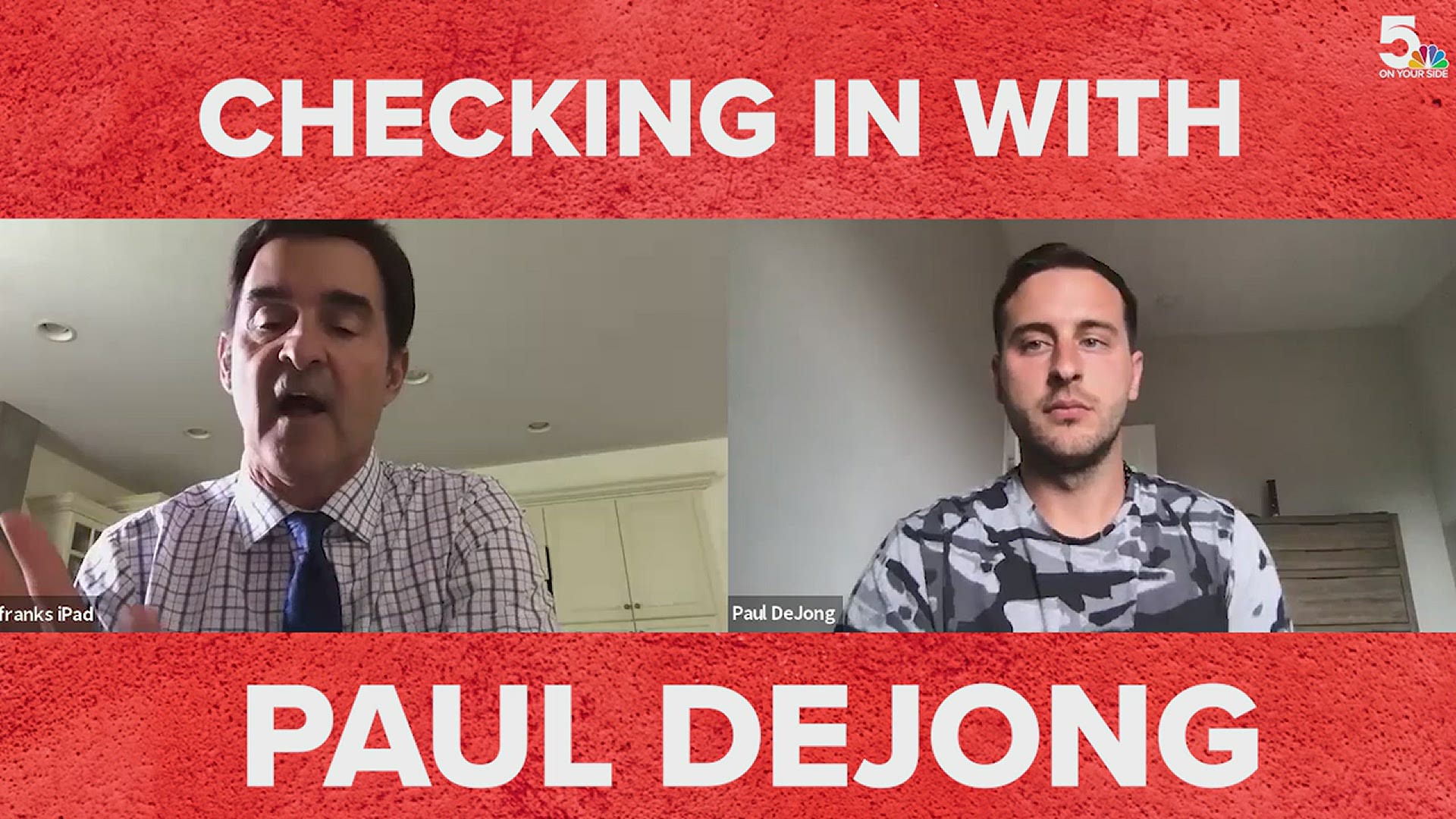 ST. LOUIS — While we wait for Cardinals baseball to hopefully return in some form or fashion this summer, the players are missing us as much as we're missing them.

We caught up with Cardinals shortstop Paul DeJong over video call this week, who said he's intrigued by the most recent Major League Baseball idea to start the league, and has still been able to team with his double-play partner to stay in shape for when the call to resume does come.

It turns out not even a pandemic can break up the Cardinals' double-play duo of Paul DeJong and Kolten Wong.

"Kolten and I, like you said we're almost conjoined at the hip. We've been growing in our relationship," DeJong said. "We're fortunate to have a connection over at SLU and head coach Darin Hendrickson has been helping us out. We've been lifting in Kolten's basement, playing with the wiffleball machine in the yard and just doing anything to stay active because I think we're kind of in that January mode. We're training five days a week, seeing what's going on. I'm being productive in St. Louis and setting my place up... so hopefully we have a plan here soon."

DeJong also had some thoughts on the most recent, talked-about proposal for baseball to begin again.

In the newest plan, MLB would be split up into three divisions: east, west and central, with the Cardinals in the central against various NL and AL teams. This would cut down on travel and allow teams to still play some of their games in their home city. There would also be expanded playoffs that included possibly up to 20 teams.

DeJong is a fan of the proposal.

"I like it. Any plan that we can kind of be in our home cities I'm definitely for. And it might be cool to shake up the divisions. This year is already so crazy as it is, you might as well draw some new lines and I think that would be really cool to do the east/west/central type ideas. Anything to be here in St. Louis and hopefully playing in front of these great home fans," DeJong said. "We get spoiled playing in front of a 40,000 a night even on a Tuesday. So for us, we definitely want to get these fans back in here to see us. We love that energy. So anything we can do to make things safer for us to start, and we definitely want to be here in St. Louis."

There's still no official word from MLB on what the season could look like, but the latest was that the league is eyeing an early July start date.