You'll love to hate these Bruins in the Stanley Cup Final

The biggest pest in the league leads the charge in players that will drive Blues fans crazy this series. 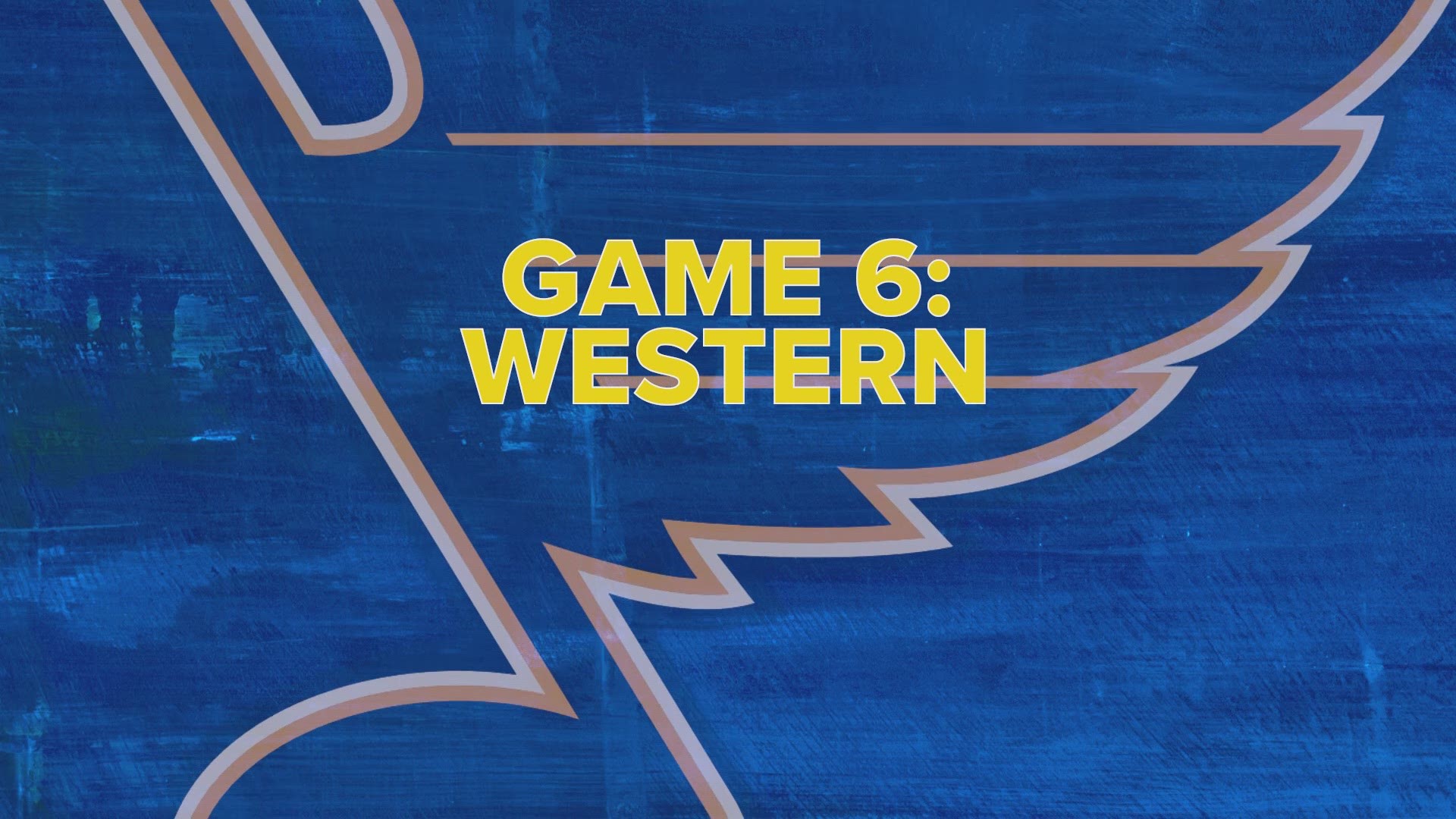 Over the years there have been a lot of Boston athletes that have brought pain to St. Louis sports fans.

There will be quite a few guys that will be giving Blues fans headaches during the 2019 Stanley Cup Final against the Bruins.

Inside the Blues' Western Conference Championship

Some of them are just outstanding players who the Blues will have to figure out how to keep off the highlight reel.

And then there's one hey'll have to keep from getting under their skin.

At 6'9" the Slovakian defenseman is the tallest player in the history of the NHL.

Chara is a 7-time all-star, the owner of the hardest shot ever recorded and a Stanley Cup champion in 2011.

It's not going to be Joe Thornton-level admiration, but Chara will definitely get some national media love as a veteran who everyone would love to see lift another Stanley Cup.

David Pastrnak has become one of the most exciting players in hockey since he had his breakout 34 goal season in 2016-2017.

"Pasta", as he's affectionately called is one of the most dangerous offensive threats on the entire Bruins roster.

He is tied for the team lead with seven goals this postseason and can score in just about any form or fashion.

He'll no doubt give the Blues headaches as one of the biggest offensive threats of the series.

Bergeron is simply one of the best players in the NHL.

He was recently even dubbed, "the perfect hockey player" by a former teammate.

Bergeron makes his impact felt in every facet of the game.

He's a skilled scorer who leads the Bruins with eight goals in the playoffs, he's probably the best defensive forward in hockey and has won the Selke Award four times (that's tied for the most in history) and he's one of the Boston's biggest leaders.

He'll get a lot of glowing reviews from the national media (which he mostly deserves), and be the biggest offensive threat the Blues will face in the Cup Final.

And we think Jordan Binnington is hot right now?

Rask has played the best hockey of his career in these 2019 playoffs.

The Bruins' Finnish phenom is 12-5 in the postseason with a minuscule 1.84 GAA and impressive .942 save percentage.

Sometimes a hot goalie is all you need to make a run in the postseason, and the Bruins certainly have that going for them.

Solving Rask will be the hardest test the Blues have faced all postseason. They got past Ben Bishop in round two, but Rask only presents an even loftier challenge.

There have been a lot of trolls the Blues have had to contend with in recent memory.

Antoine Roussell, Tom Wilson and Andrew Shaw (Who's just the absolute worst) come to mind as pests that have bothered the Blues.

Since the Blues and Bruins play in different conferences, St. Louis hasn't had to experience the spectacle that is Brad Marchand that much over the years, but by the time the Stanley Cup Final is over, I guarantee Blues fans won't want this guy allowed back in their city.

Marchand is a 10 year NHL veteran who made his name as one of the most notable agitators in hockey.

He has a reputation as a cheap shotter, trash talker and all around annoyance.

His most recent stunt happened in this year's playoffs, when he took a cheap shot on Columbus Blue Jackets defenseman Scott Harrington.

NBC Sports even has this nifty little slideshow laying out all the times Marchand has been suspended (six) and all the fines he's had to pay.

Although he does play the pest, it's even more frustrating that Marchand has become a notable offensive force for the Bruins.

He leads the team in points this postseason with 18 and has scored at least 30 goals each of the last four seasons.

Marchand will beat you, and then get in your face to let you know about it.

He'll most likely look to try to get under the skin of the Blues' stars, most notably Vladimir Tarasenko.

St. Louis would be wise to just let him run his mouth and not engage.

I figure Blues fans will have a had enough of Marchand by the second period of Game 1.

Binnington, Maroon and Pietrangelo talk before the Blues head to Boston for the Stanley Cup Final