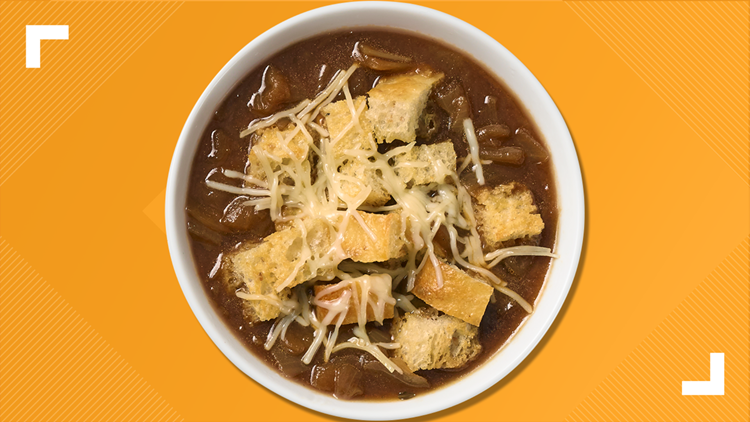 ST. LOUIS — Panera, or if you’re from St. Louis, St. Louis Bread Co. announced it has brought back a fan favorite!

With the help of St. Louis native Phyllis Smith from ‘The Office,’ Bread Co. made the official announcement on Wednesday.

A spokesperson from Panera said when it took French onion soup off the menu, it found out just how much it is loved.

‘We had a lot (and we mean a lot) of upset people on our hands. Our social media team at Panera Bread was so overwhelmed, we needed to enlist some outside help from St. Louis native, Phyllis Smith,’ Panera said.

The company said it received over 1,000 complaints on social media when they took the soup off the menu.

French onion soup is back at all Panera locations beginning Jan. 8, a spokesperson said. It had been gone since September 2019.