The popular spot opened in Overland in December 1976 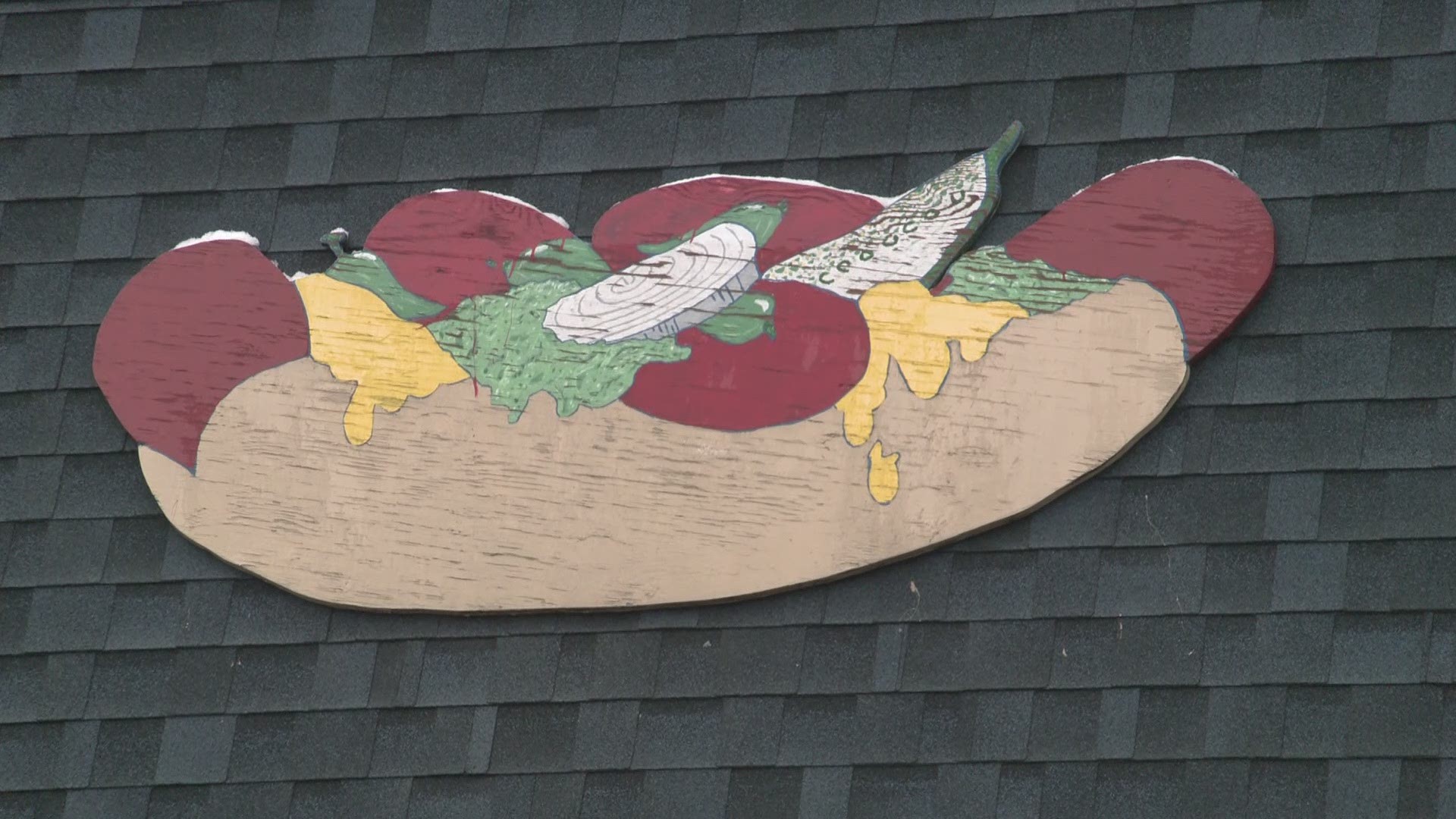 OVERLAND, Mo. — A man from Ellisville was the lucky person who got the one-millionth hot dog at an iconic St. Louis spot on Friday.

Jim McGrail went to Woofie’s on Friday after his co-worker told him the popular spot was set to sell its one-millionth hot dog.

“It’s pretty awesome, I was telling the owner I used to come up here a lot!” McGrail said. “I’m always game for a Chicago-dog.”

Woofie’s gave him tickets to a Blues game and $100 gift card to Woofie’s.

The popular restaurant opened in Overland in December 1976. It’s known for selling the ‘best Chicago dog’ in St. Louis. It's also known for having celebrities sign the walls when they visit the restaurant.

Woofie's said one million hot dogs is equal to 94 miles.

'WE DID IT. Thanks to all of our new and current customers that came out to meet this milestone of selling a million hot dogs. It was a pleasure meeting everyone,' Woofie's said on Facebook.

RELATED: This toasted rav is as big as your head. Here's where to find it

RELATED: Where you can find tacos, coffee and beer all in the same spot