'Cats' Backlash: A movie so bad no one saw it, but everyone is making fun of it

The internet, namely Twitter, is ablaze with raucous roasts of the new "Cats" movie, which so bad no one really saw it. It cost $100 million, but made just $6. Ouch.

ST. LOUIS — Bad ideas happen at the movies. Sometimes, a production studio and distributor unwittingly come together to provide the world with an abomination.

Tom Hooper's "Cats" is getting ripped apart by audiences and critics alike. Unlike the new "Star Wars" movie, where the audience and reviewers carry different opinions, this sinister piece of entertainment is catching flack everywhere. People either saw and hated it, watched the trailer and can't get the images out of their heads, or they saw it and can't stop making fun of it. Let's take a look.

The list goes on and on. The funny thing is nobody really saw this film. Very few took the leap. The film couldn't even recover 10% of its budget on opening weekend, which signals a bomb at the box office. The bad reviews and word of mouth will bury it. Only people who wish to experience a cinematic hallucinogenic drug will pay for this film. Redbox receipts will consist of people who couldn't find their first 54 choices.

Full disclosure: I didn't see this film. I didn't watch the trailer either. Seeing a single image of the film on the entertainment via someone else's review of the preview was enough for me to place this film in my "sorry, no way" category of movie watching. It was a bad idea from the start, and the true shame is how much talent was wasted. Idris Elba, Judi Dench, and so many other actors gave their time to this. Did they read the concept of art or the entire script? The mix of motion capture/visual effects going on here could scare a grown man. Adults may be knocking on their kids' doors to sleep in their room tonight. The faces move around and the body follows a few clicks later. So weird and so bad.

There are "bad" bad movies to intake at the movies. A film that is engineered to be stupid fun. Look at Michael Bay's latest, "6 Underground." That film makes no sense, but Ryan Reynolds is telling jokes and making light of it all, so we will partake. "Cats" is so bad there is no pardon the pun or see to roast it allure. You just hope it's gone quick.

What are critics saying? Let's go to Bob Hoose with Plugged In: "If you’re approaching this Broadway classic for the first time, well, this might not be the cinematic catnip you’re expecting."

The best thing to do is enter the word "Cats" into your Twitter search and enjoy the reactions from the pack of unfortunates who did watch this movie. They took the bullet, so enjoy their painful reviews. The film carries a 17% on Rotten Tomatoes, but some of those "positive" reviews are essentially critics who eat steak well done and don't mind their egg being cooked wrong at the cheap neighborhood diner. They think everything is alright. No, it's not.

The film is so bad, the studio sent edited versions with updated visual effects to theaters. That's the equivalent of a white flag being waved.

"Cats" will go down as the movie that was so bad no one saw it, but they still made fun of it. 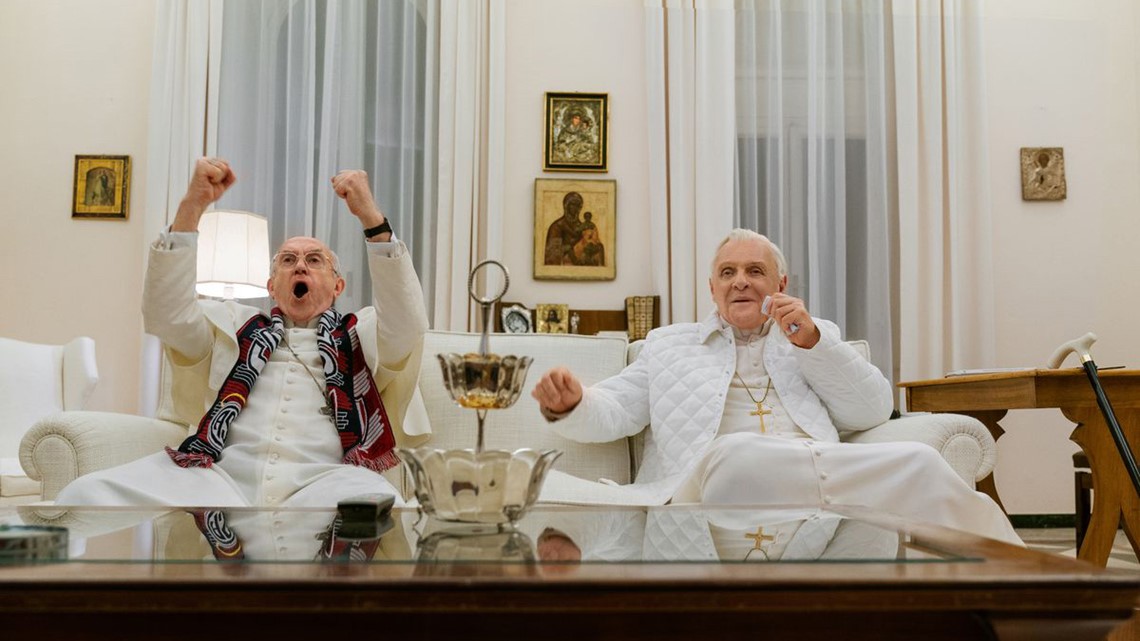 'The Two Popes' Review | Fernando Meirelles' thought-provoking drama excels on first rate acting
ST. LOUIS - "Mercy is the stick of dynamite that brings down walls." What happens when your beliefs clash with the time-honored principles of your desired profession? For Jorge Mario Bergoglio (Jonathan Pryce), the life of a Cardinal and Arch Bishop has grown too weary of a weight to bear due to a lack of reform in the church.