Carrying the easy to please swagger of an 80's action film, this Netflix Original film is an entertaining guilty pleasure that'll provide you with escape.

ST. LOUIS — Some movies need to exist simply to provide us with entertainment. Take our minds off the troubling things plaguing our mind, but don't take our attention for granted. Don't give us a headache, but also treat our cinema palettes with respect.

"Project Power," currently streaming on Netflix, is an entertaining diversion of a movie that knows exactly what it is and was meant to provide. Action-packed story line with little brain but lots of good-looking special effects, just the right amount of wise-cracking humor, and a decent pace. The film doesn't ace all of those areas, but it's fun and easy to please.

Jamie Foxx's Art wouldn't be characterized as a fun and easy to please fella, though. He's looking for the makers of a hot new pill that gives ordinary humans superpowers for five minutes. You don't know what your superpower is until you try it, which is basically like trying a new Thai restaurant. Art just wants it gone, and he has his reasons. The same goes for honest cop Frank (Joseph Gordon-Levitt), who likes to intimidate criminals with his Clint Eastwood impersonations with the hope of cleaning up the streets.

A young woman named Robin (Dominique Fishback) is the binding material of "Project Power's" world, though. Both in performance and impact of her role. Fishback is the one that provides the film with a sense of humor and gives a full-bodied performance. She shares great chemistry with both stars, and helps them lift up the low-hanging fruit screenplay. I don't know where she's been or where in the movies she is going, but I liked her work here.

"Project Power" also gives you credible and quite thrilling action sequences. They get more outlandish as the film goes, but you aren't exactly looking at your watch or rolling your eyes. In a film about superpowers having good and bad effects on people, you don't have to expand the cinematic wheel to find resonance and power; just act guilty and bring us pleasure. This film does that.

Foxx doesn't have much to do here in performance or depth, but he's a convincing action hero and fares just fine. He can brood with the best of them. Gordon-Levitt gets to channel his good cop from Christopher Nolan's "The Dark Knight Rises," adding some much-needed flavor to a role that could have stunk like expired chicken.

New Orleans gets its moments in, giving the movie and its kinetic-engineered plot enough color and life to make the screen pop a few times. The ports, the water, and the soul of that city shines bright during this film, giving the story a sense of place.

It all helps the film function and keep its head above the "too much" water level. While the plot has an intriguing hook-the temptation of a drug giving you unknown superpowers-this isn't a thinking man's journey here. This film is big, loud, dumb, and running on its own fuel-so I would just advise you to go with it.

At one point, a man turns into the blob after taking the pill. Another one explodes. You never know what's coming, so see where the film takes you. For me, the going got good about halfway in, when you start to understand who is doing what and why. The back 9 is better here.

Once again, the ability of the writers/directors to lean into the B-movie glory is vital here, and the actors taking that material to a charismatic place makes it all land right.

If you need a diversion for a couple of hours and crave those easy-going entertaining 1980's action films, "Project Power" is right up your alley. Don't think too much and kick the feet up for this one. 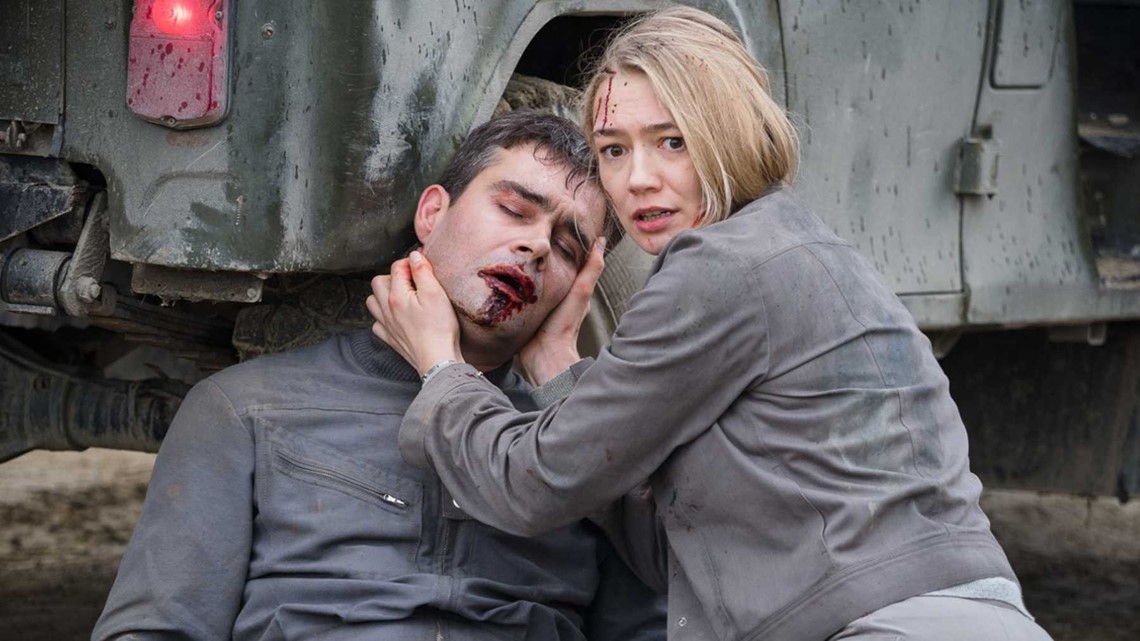 'Sputnik' Review | Good looks and some flair can't hide the familiar strokes of his scare-less thriller
This Russian take on "Aliens" doesn't scare much or tread in any new waters, and the cast is listless. I'd choose something else over this one. ST. LOUIS - Respect should be given to the films that can tell a viewer what it's going to be about with its one name title.