Review | 5 things to know about Netflix's "The Decline"

Six people at a survivalist camp find themselves at a crossroads with the camp founder when one is killed in an accident. But is it worth watching?

ST. LOUIS — If you make a movie about the dangers of a survivalist camp up in the snowy hills of Canada, I am all for it. That's a fact.

But when you add something extra to the proceedings, which can be a keen camera eye or a really game cast, the genre entry climbs to another level. One could say that about "The Decline," a Netflix flick released back in March that found itself on the home screen again.

Warning: There are French subtitles.

Affirmation: That shouldn't stop you from watching the film. French is a beautiful language and everyone reading this needs to get over that one inch tall barrier.

1. THE STUNT AND MAKEUP DEPARTMENT GETS IT RIGHT

We've all seen someone step on a landmine and explode ... onscreen. But in Patrice Laliberte's film, they upped the ante considerably. The action scenes aren't "John Wick" efficient, but they do captivate and get the rugged messiness of two people fighting exactly right. When someone is carrying a container of pipe bombs (yes, it's that kind of survival camp) and explodes, the effects and makeup are brilliant. It all feels real and cinematic at the same time.

2. THIS IS THE FIRST NETFLIX QUEBEC PRODUCTION

If Netflix does one thing annually, they break records or innovate their brand in a new location. Here, it's the snow-packed hills of Quebec, Canada. Imagine a more sophisticated and dangerously remote Colorado, where the mountains hold court over the people and elements. I hope they make more films there, because this one gives the film a secret weapon: A location that acts as a supporting character instead of a mere backdrop.

3. REAL BOSSE IS A TRUE BOSS ONSCREEN, NOT A MONSTER

Yes, the Canadian actor and writer's name is Real Bosse. Here, he plays Alain, the survivalist legend who put this camp together. One of the characters watches Alain's YouTube videos on how to make food last and other survival tactics, and Bosse makes you believe in all of it. And when things go poorly, Alain doesn't suddenly turn into this terrible, evil person. He's a businessman desperately not wanting to lose his place of business and the foundation of his life. He's wrong, but you can see his point of view. A man who lives by a certain code-one that includes being prepared for global warming and the next huge market collapse-Alain is someone who lives on both sides of the moral high ground. Bosse imbues him with humility and danger at the same time, which keeps the antagonist grounded for the audience.

4. MARIE-EVELYNE LESSARD IS A DYNAMIC FIND

Someone whom I could see taking on Charlize Theron in "Atomic Blonde 2," Lessard is the one who helps Alain meet his match. We see Lessard's Rachel assert her abilities early on during a fight with the miniature Jason Statham of the group (Marc Beaupre), and in the end with Bosse. She's the one person you don't want standing in your way during the final showdown, which doesn't disappoint. And Lessard gives her everything you'd want in a fierce femme fatale. There's no hesitation early on with what she can do, it's stated firmly in the first 20 minutes. I hope we see more of her.

This one moves quickly. We see a future camp member testing out survival techniques at home, and ten minutes later, everyone is at the camp and making bombs and performing other tactical training. Next, someone is killed, and the group is turned inside out. I'll assure you the action delivers, but the suspense wins outright in the end. It's all about what you are expecting to see and then being shocked at the high level of execution.

"The Decline" is everything you'd want in this genre of film, but it adds the extra goods with its cinematography, action choreography, and "to the punch" running time. It's one of Netflix's better original films. 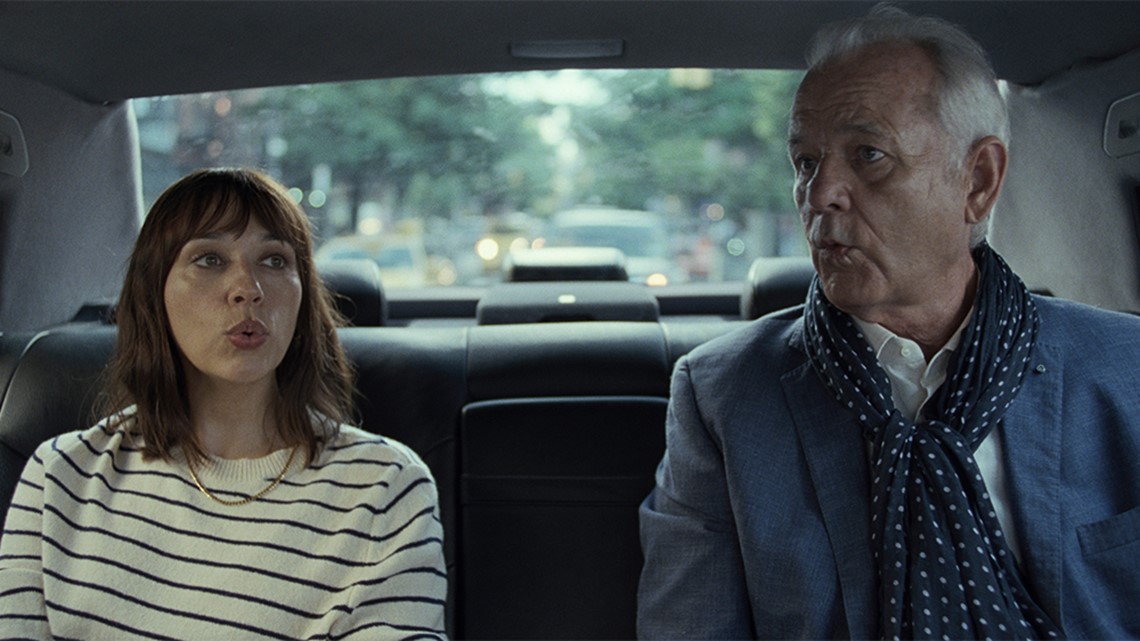 Review | Poignant 'On the Rocks' proves that Sofia Coppola and Bill Murray need to make more movies together
As a father and daughter running around New York trying to solve potential martial trouble, Rashida Jones and Murray are terrific together. ST. LOUIS - Laura (Rashida Jones) has lost the ability to whistle and is suffering from writer's block on her second novel, two things that pale in comparison to the main dilemma in this young mother's life: She suspects her husband and father of their two kids, Dean (Marlon Wayans), may be cheating on her.