"Some films deserve to be trashed and this is one of them. Robert De Niro should have burned this script instead of agreeing to do it."

ST. LOUIS — I wonder if Robert De Niro and Christopher Walken were hanging out on the set of "The Deer Hunter," talking about making more movies together. The conversation was most likely grand. I can tell you with outright certainty that neither of them could guess a movie like "The War with Grandpa" would be among their collaborations.

Let me ease your mind and tell you what's already been downloaded into your system by now: This is a bad movie. One you should avoid like the plague. It's not heartwarming, sincere, or convincing. It's a group of old great actors hanging out in the most dull of playgrounds, slinging teenage jokes and trying to move like Jagger in a moronic dodgeball contest.

These are the kind of scripts that De Niro and company should avoid. How much money do you need? Make better movies for your grandkids to watch. I would even fall on the bloody sword of another "Meet The Fockers" entry. There's little to say about a film whose funniest moment involves a cell phone and a corpse. It's all slapstick, formulaic, and funny in all the wrong ways.

I found myself laughing at the problematic nature of the stunt men for De Niro, Walken, and even Cheech Marin during the extracurricular scenes. That's what you do when all of this talent is wasted.

Seriously, how did De Niro, Walken, Uma Thurman, Jane Seymour, and Rob Riggle all sign on here? I could cry foul about the sad, cringe-worthy attempts at humor, or the fact that De Niro has never looked more robotic. But I'll save most of my ammunition for the fact that Tim Hill absolutely wastes the comedic talents of Riggle. He's funnier than anyone else on the cast sheet, but is given so little to do here.

Oh, I bet you're wondering what the plot actually is. It's about a grandpa who moves in with his daughter's family, takes the son's room, and starts an all-out war. It's all phony though. Peter (Oakes Fegley) will hug and adore his grandpa, but then makes life miserable for him. It's been done before and way better.

The best parts of this movie came during the beginning credits and the end credits. The former was a place of hope and possible surprise, while the latter was a mercy bullet.

Some films deserve to be trashed. This is one of them. Please pass up "The War with Grandpa" at theaters, Redboxes, on demand, and every neighborhood Walmart in two months.

Yikes is the word to use here. 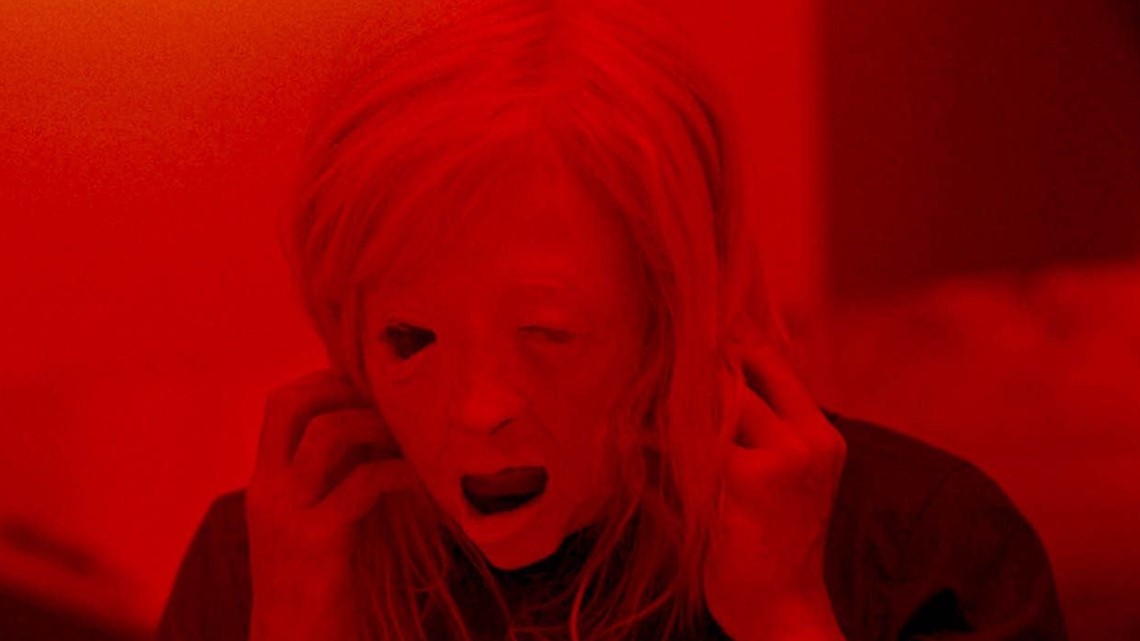 'Possessor Uncut' Review | Why Brandon Cronenberg's mind trip is unlike anything you've seen before
This science fiction/horror hybrid is something wicked, captivating and scaring equally. ST. LOUIS - What if there was a way for you to infiltrate an innocent person's mind, so you could get them to kill someone close to them? Think "Inception" with less theatrics and direct action.